“When I approached the city about the idea of doing an ice cream shop, I didn’t really have my eyes on the cabin,” he said. “I was thinking about building something similar to what the Ice Cream Station has in Simpsonville because I noticed Mauldin didn’t have a good place for ice cream and a place for people to just hang out like in Simpsonville. I thought that was such a cool thing, so when I presented the idea to Van [Broad], Van said, ‘Well, what about the cabin?’ and it was just like a lightbulb went off.”

The cabin Mauldin community development director Van Broad was referring to is the historic Gosnell Cabin, which sits on the Cultural Center’s grounds at the corner of E. Butler Road and Murray Drive in Mauldin.

Since being moved to the city from Camp Old Indian in 2009, it has sat relatively unused year-round, except when the city opens it for The Mauldin Garden Club’s Spring in Bloom event and during the Cultural Center’s Christmas festivities. Beginning in early 2021, it will serve as the home of Pop’s Cabin Creamery.

In addition to suggesting the location, Broad also assisted Deas in naming the ice cream shop after learning that Deas’ grandfather-in-law, Pop Dorsey, was the owner of a popular ice cream shop in Marion, South Carolina. Since Deas was continuing a family tradition by opening this new restaurant, Broad suggested the name Pop’s Cabin Creamery, said Deas.

“My wife’s grandfather owned a small ice cream shop in Marion,” he said. “There was nothing to it. [It] was just a little shack, but you wouldn’t believe the amount of people who came to it just to get ice cream and hand-sliced cheese and all sorts of meats. I was always impressed every time I went, because he was just a part of the fabric of that community. People loved walking to that store, getting ice cream.”

According to Deas, he learned after opening the Low Country Shrimper that the Pop Dorsey ice cream shop was well known outside of Marion.

“You wouldn’t believe the amount of people who would come in my restaurant saying that they stopped at that store on their way going to the beach,” said Deas. “I mean, black, white, everyone just talked about that.”

Once open, Deas plans for the creamery to utilize the front windows on the cabin as ordering stations and to establish an order pick-up area where the door is now. Outside of the cabin, he wants to put tables and chairs out, and create an area for people to hang out on the Cultural Center grounds.

Pop’s Cabin Creamery will initially feature hand-dipped ice cream, which Deas hopes to get from Happy Cow. He may also eventually offer soft-serve ice cream for sundaes and possibly the Low Country Shrimper’s sweet puppies, which are hushpuppies with a honey glaze and cinnamon powder sugar. 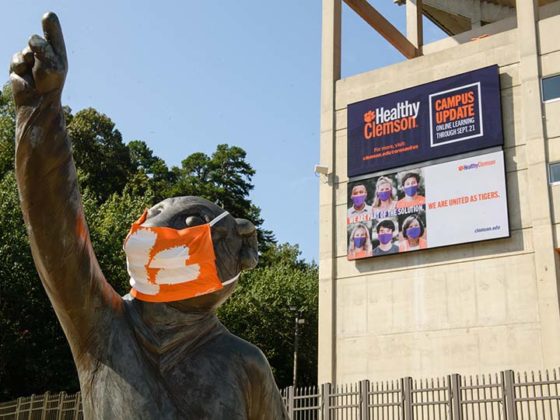