The James Beard-style Sunday Supper fundraiser that Mill Village Farms hosts annually in October always has a local-produce focus, with the participating chefs using as much of the non-profits farms’ fall harvest as possible.

This year, though, there’s a more specific theme inspired by the May 10 cover story of the Greenville Journal that featured some of Greenville’s top female chefs. Mill Village Farms executive director Dan Weidenbenner says when he read the stories of these executive chefs who are at the helm of some of the Upstate’s most notable restaurants, he knew he wanted to feature them in a prominent way at the upcoming dinner.

The dinner will be held at the “L” event venue owned and operated by Larkin’s Catering and Events, also a woman-owned business with another female chef, Kristina Murphy, as executive vice president of catering.

In the past 12 months, Mill Village Farms has trained and employed 89 at-risk youth through their leadership development program. Youth are employed to work at its four community-based farms to help grow food for food-desert communities. Mill Village Farms teaches and empowers youth with job and life skills but also with skills in entrepreneurship and healthy cooking and eating.

This past year, Mill Village Farms’ also expanded its bi-weekly produce-box program, FoodShare, to 22 community-based locations. It has distributed 2,793 healthy produce boxes during the first nine months of 2019 to low-income families across Greenville County. 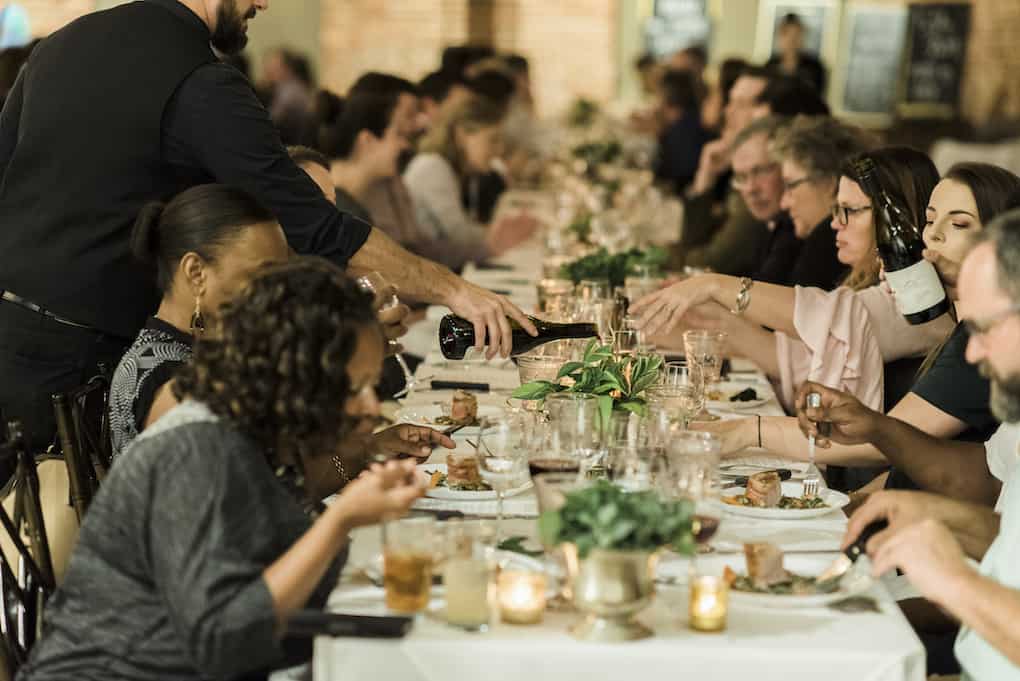 For the Sunday Supper, each chef will provide a dish for the first course and the remaining four will highlight specific chefs.

“Working with those two is probably going to be a highlight of this autumn,” Musolf says about Feeny and Hughes.

All of these chefs are accustomed to working with more men than women in their restaurant careers, so an event that brings together female chefs provides a different dynamic.

For starters, Weidenbenner says this is the first year the menu was finalized before the deadline, and he didn’t have to do much wrangling to get the information as he often has in past years. He acknowledges the difference is in part because these women who have worked their way to the top have often had to work even harder than their male counterparts and can’t afford to not respond to requests in a timely fashion.

Musolf confirms that and says the day-of environment will be different, as well.

“It’s good to experience the energy of other lady chefs,” she says. “The male version is all kind of straight forward. Women have a different way of doing things, and I’m not afraid to express myself.”

Hughes, the youngest of the participating chefs, says she has looked up to Musolf and Feeny over the years.

“Working with Teryi and Karin is a dream come true,” she says.

She says the opportunity to work with them will allow them to show off their skills to each other and the guests, and to learn from each other.

“It’s really cool to be a part of something so special,” Hughes says. “We’re growing into who we are.”

Hughes, who hadn’t been involved with Mill Village efforts until this dinner, says she hopes the opportunity to help the community through this event will lead to future partnerships. She says, specifically, she hopes to show the youth involved that the hospitality industry can provide abundant personal and professional opportunities.

“There’s no better way to bring people together,” she says.