To get an idea of how much people love Duke’s mayonnaise, just take a look in an unlikely spot for debating condiments: College Confidential, a website featuring hundreds of discussions about getting into and affording college.

There, you’ll find a thread with 100 comments about the most important debate known to man: which mayonnaise is better, Duke’s and Hellmann’s.

If the answer isn’t already obvious to you — and it should be given that Duke’s was founded right here in Greenville 100 years about by Eugenia Duke — one writer will clear it up for you: “Duke’s was one of those things I couldn’t do without when we transferred to N.J. I had friends stuffing jars in their golf bags when flying up here and was pleasantly surprised when TSA let me bring a jar home with me in my carry-on.”

The love doesn’t stop there.

Over at Amazon.com, one reviewer notes under the heading, “So Good You’ll Smuggle It Across State Lines,” “Every summer my family would spend a week at Pawley’s Island, S.C., and every summer we would return with the trunk of the car loaded with cases of Duke’s to get us through the coming year.”

Another reviewer even called Duke’s the “Chuck Norris of mayo.”

And if there is any place that’s best typifies the love that some folks have for Eugenia Duke’s creation, it’s the Duke Sandwich Shop on Poinsett Highway.

Longtime Duke fan Randy White of Easley was eating a ham and egg sandwich at lunch on a recent Wednesday. Since he retired 20 years ago, he’s had the same lunch, every Monday through Saturday. That comes to 6,240 sandwiches.

Even more impressive, he doesn’t live anywhere close to the restaurant. “I drive 10 miles here every day,” White says.

The Duke’s mayo story begins way back in 1917. Eugenia Duke was an entrepreneurial-minded housewife who started making pimento cheese, egg salad, and chicken salad sandwiches for soldiers at Camp Sevier, each one using her signature recipe for mayonnaise, which has a tangy bite where others go sweet. Her mayo, spreads, and sandwich spreads were immediate hits, and quickly transformed Duke into a successful businesswoman.

But when her only daughter married and moved to California, Duke followed her. In 1929, she sold her mayonnaise, sandwich relish, tartar sauce, and brand name, Duke’s, to Richmond, Va.-based C.F. Sauer. The company, which has a plant in Greenville County, has used the same mayo recipe ever since.

And it wasn’t just her mayo Eugenia Duke sold: She also sold her recipes for her sandwich spreads, also under the Duke’s name, to her bookkeeper, Alan Hart.

Hart operated Duke Sandwich Shop until the 1960s, when he sold the business to Estaleen and Loran Smart. They are the grandparents of Duke Brands’ current CEO, Andrew Smart.

“Our customers spread the word that we make things homemade at an affordable price,” Mote adds.

Burnette was introduced to a Duke deviled egg sandwich when she was a toddler, and “she’s been hooked ever since,” says her mother, Wendy Burnett.

But regardless of who owns what, Eugenia Duke’s mayo is at the center of it all. In fact, you’ll be hard pressed to find a product with more devoted devotees.

Brides-to-be have called C.F. Sauer, requesting Duke’s glass mayonnaise jars for flower arrangements at their weddings, even though the glass jars were phased out more than a decade ago, says Erin Hatcher, C.F. Sauer director of marketing.

One man even requested Duke’s mayo jar to store his cremated remains… and C.F. Sauer obliged.

“Love letters from fans come in way of original paintings of jars with summer sandwiches and hydrangeas and Duke T-shirt designs with the Duke jar and logo,” Hatcher says.

And it’s not just the at-home sandwich makers and cooks who love Duke’s. So do nationally renowned chefs, including Alex Stupak (Empellón in New York City), Edward Lee (601 Magnolia of Louisville, Ky., and “Master Chef” judge), Sean Brock, (McCrady’s, Husk, and Minero in Charleston and host of Emmy-winning “The Mind of a Chef”), John Currence (City Grocery, Bouré, Big Bad Breakfast), and Vivian Howard (chef and farmer in North Carolina and star of the Emmy-winning “A Chef’s Life”).

“The reason I believe Duke’s has such a passionate following is because it’s such an authentic brand. It’s rooted in the South, and it’s never changed,” Hatcher says.

That said, if you’re not from around here — or don’t subscribe to Southern Living, Garden & Gun, or one of the nation’s top foodie magazines, you may be surprised by the fanaticism.

“It’s shocking to see what a big deal it is,” says Laura McGinnis, the great-granddaughter of Eugenia Duke. McGinnis and her family moved to Charlotte from California in the 1990s. They didn’t know about Duke’s mayonnaise, as it wasn’t on their grocery shelves out west. In fact, her grandma Eugenia, who McGinnis called Cush, never talked about her successful South Carolina business and her legacy.

McGinnis says, “It was a nonentity in her life.”

However, thanks to several 100th anniversary celebrations, McGinnis and her family have gotten a strong dose of Duke’s appreciation.

At a ribbon-cutting ceremony in Greenville for Duke Brands’ move to their Falls Park Place headquarters, McGinnis was taken aback when she saw the platter of egg salad sandwiches.

“The crusts were cut off and the sandwiches were cut on the diagonal, and I thought, ‘Oh my gosh, it was like being with Cush,’” she says. “That’s what she did, serve foods like that, and she had done it her whole life.”

It’s Duke’s or Nothing

Greenville chefs love Southern cooking, and rightfully so. This is South Carolina, after all. So it’s no surprise that local chefs love to add the South’s premier condiment — Duke’s mayonnaise — to many of their recipes, whether it’s deviled eggs or chocolate cake.

We use Duke’s mayonnaise in pimento cheese, deviled eggs, dressings, sauces, sandwich spreads — we use it all over the place.

I grew up in South Georgia, and my parents were more healthy eaters with Hellman’s Light. The first time I got to try Duke’s was my senior year in high school, and that’s when I figured out what mayonnaise really was. I tasted it once, and there was no going back.

The quality and consistency is top-notch. It’s not too sweet, not too savory, and you can do things with it and not worry that it will overpower like some other mayonnaise can.

I’ve been using Duke’s since I started in kitchens when I was 16 years old. I grew up eating it at my best friend’s parents’ house. His mom lived by the stuff. That was the only option we had — Duke’s or nothing.

At Roost, we use it in [our] crab cake mixture, ranch dressing, add-ons for burgers, sandwiches, hors d’oeuvres, and pasta salads. Duke’s mayonnaise has many applications.

We probably go through four to six four-gallon buckets a week.

It has a little bit more of a sour flavor than the others — makes your lips pucker more. I like to dip my french fries and pieces of bacon just in Duke’s. I’ve been known to eat it by the spoonful.

We use it in our tuna salad, egg salad, and, occasionally, I’ll do a chocolate cake that has Duke’s mayonnaise in place of oil. I also like to use mayonnaise if I’m doing a fish or chicken. You can coat the outside with Duke’s and add some breadcrumbs and seasoning to it, and it adheres to it. Then you can bake it instead of frying it and still get a crisp.

We have halibut on the dinner menu, and we have really good potato chips. So we take Duke’s mayonnaise and spread a thin layer over fresh halibut, no salt. Then we crunch up potato chips and put those on the outside. It gives it a salt flavor and a bit of crisp, and you bake it.

Also, if you are making homemade mashed potatoes and you want them to be nice and creamy, add a spoonful of Duke’s mayonnaise, and it really makes them smooth.

You mean they make another mayonnaise?

I’m from the South and had to go all over the place in the military and they had Duke’s mayonnaise nowhere. So I’d have to come back to South Carolina and take two gallons back with me. I’d give it to the mess sergeant and say, “If you’re going to make me any sandwiches, you use Duke’s mayonnaise.”

We make chicken salad, tuna salad — all salads with Duke’s mayo. And pimento cheese and any sandwich that comes with mayonnaise — that’s what we use.

Customers from the South would know the difference. They think our burgers are the best around — we’re in Southern Living with our pimento cheeseburger.

Duke’s Mayo is truly one of the quintessential tastes of the American South. Our cuisine at Nose Dive is urban comfort with a strong influence of our Southern heritage. Our cuisine at Soby’s is Southern with a twist. The culinary heritage at both restaurants couldn’t be authentic without Duke’s Mayo — not to mention we use only the best ingredients, and any Southerner knows Duke’s is the best.

We’ve been in Greenville for 30 years, and we only use Duke’s because it has a consistency in flavor and is a saucier product — not a sweet product. I don’t like the sweetness of some other things, and I don’t know if the potato salad would hold as well without it. 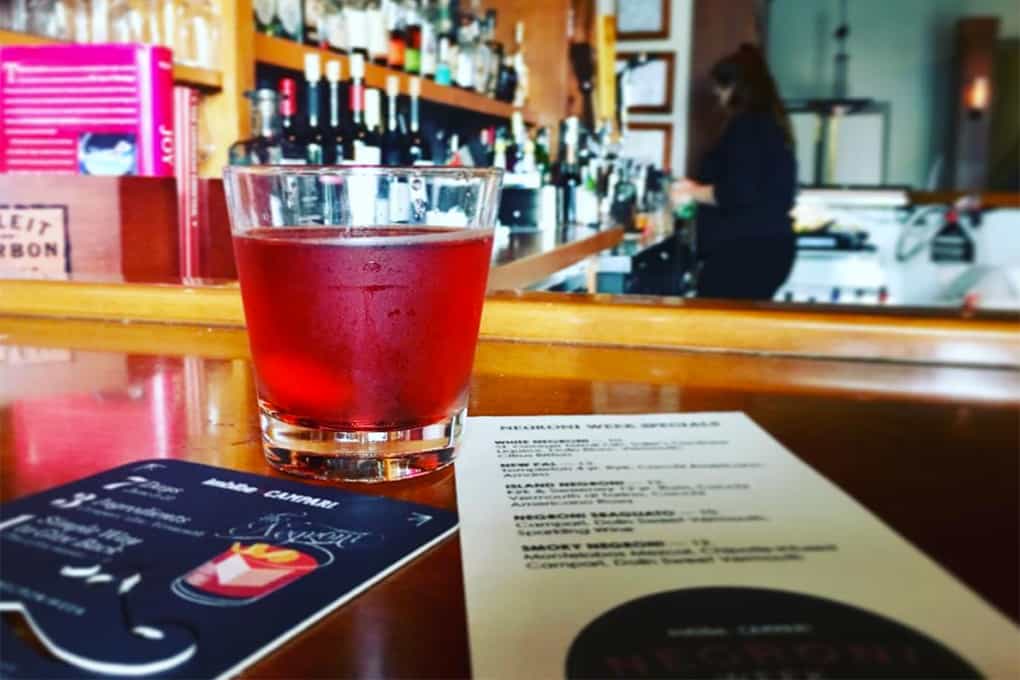 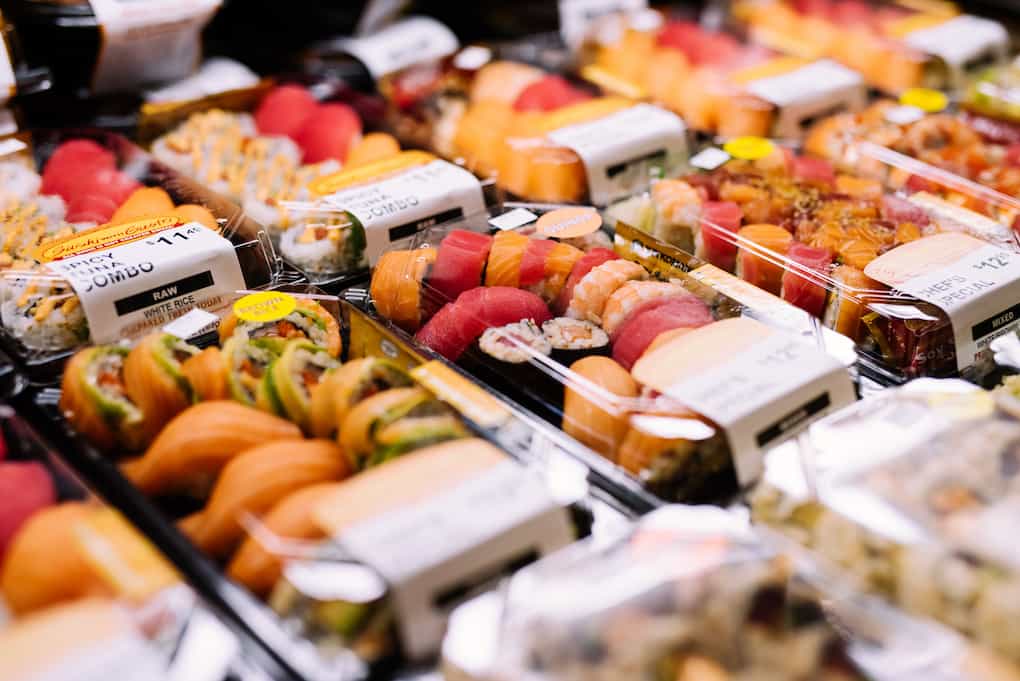