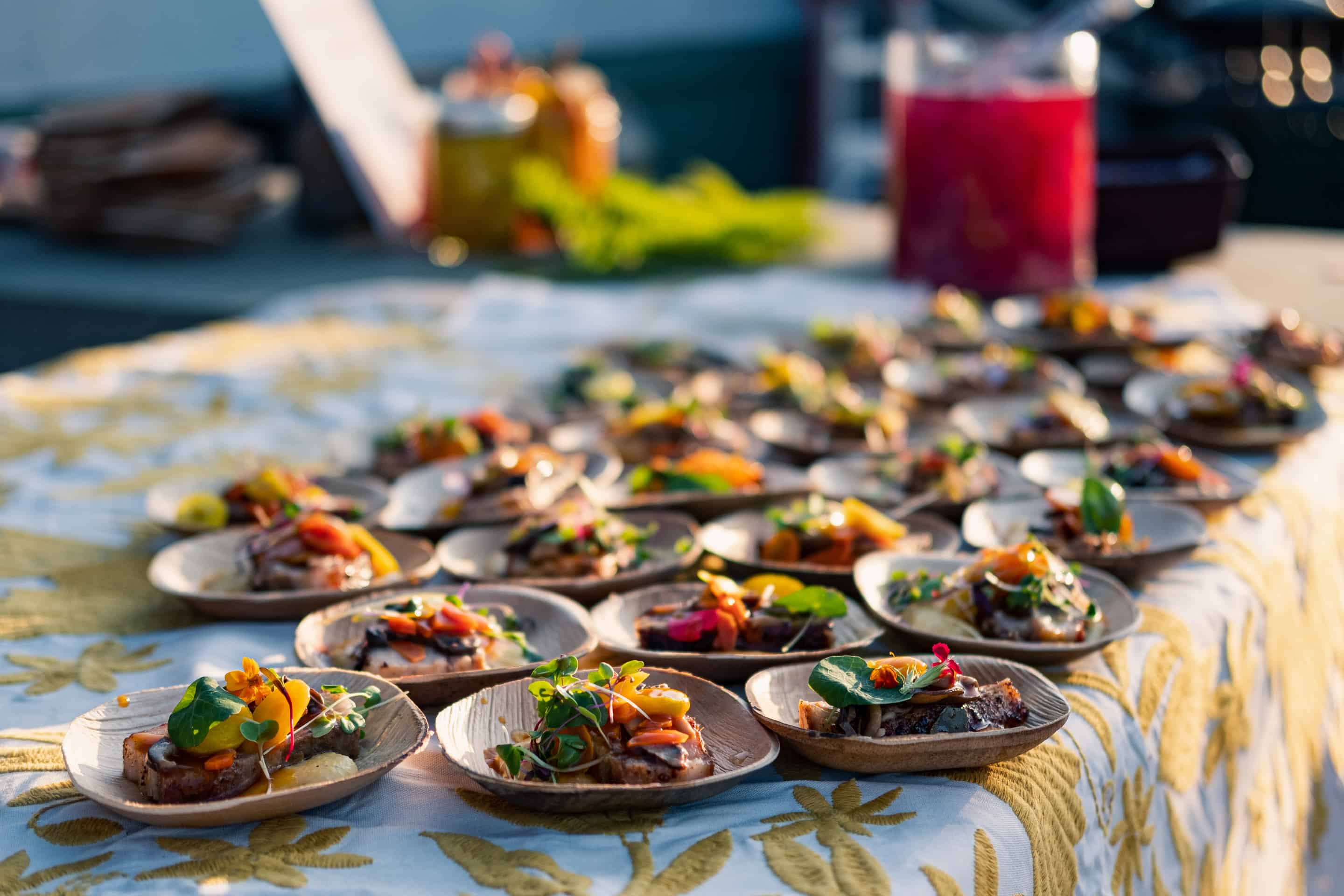 Did you know that the walk from Nose Dive on Main Street to the Champions Club entrance at Fluor Field is only eight-tenths of a mile?

Neither did I, because it feels like twice that when you’re wearing heels and have just imbibed a couple of great cocktails.

And really, Friday as a regular euphoria attendee isn’t nearly as overwhelming as it likely was for the Association of Food Journalists (AFJ) members who started their day with a meat ‘n’ three at Stax Original at 8:30 a.m. Their tour led them to Duke Sandwich Co. as well, and their fearless leader, Hanna Raskin of the Post & Courier, posted photos from Zorba Lounge at midnight, so it’s safe to say they hit the iconic local highpoints.

In between all of that, though, there were official and unofficial euphoria events that deserve special mention.

The highlight undoubtedly was Nobel Prize nominee chef José Andrés making two speaking appearances thanks to his Michelin connection, having earned two stars at two of his restaurants.

First he stopped at Avenue to speak to the AFJ, and then he made his way to Michelin in honor of Hispanic Awareness Month. The second engagement had special significance as the Puerto Rican Michelin staff in attendance thanked Andrés for his significant hunger-relief efforts on the island after Hurricane Maria left 4 million people without food or clean water for months.

It also happened to be World Paella Day, celebrating the Spanish rice dish for which Andrés is famous, and a fellow Spaniard, Daniel López of Time to Taste Catering, served three kinds of his authentic paella to the group. Pretty dang cool.

During that second talk, Andrés also coined what, I think, should become the new tagline for euphoria: “I’m not a drinker — I’m a supporter.” He was referring to supporting Mexican tequila producers and agave farmers through his margarita consumption. The applications of that statement are innumerable. How’s that for some perspective?

Other daytime events included a lunch-and-learn with local historian John Nolan leading a group down Main Street, and stopping at Jianna for lunch by chefs Michael Kramer, Greg McPhee of the Anchorage, and Jeff Kelly of Stella’s Southern Brasserie.

Terroir & the Taste of Place at Foxcroft Wine Co. gave guests the rare opportunity to learn from a Master Sommelier.

An early happy hour at Crafted at Nose Dive featured local author Sam Slaughter’s cocktails from his book, “Are You Afraid of the Dark Rum? And Other Cocktails for ‘90s Kids.” Cheeseballs were part of the food spread. That’s a “heck yeah” from me.

Then, the official annihilation by food and drink began. First, the VIP experience at the Fluor Field Champions Club (to which Slaughter and I walked in an attempt to “walk off” some of the liquor from happy hour) featured some of the best cocktails of the weekend. I realize it’s early to make that bold prediction, but I’m pretty confident the spicy riff on a Manhattan using Chattanooga Whiskey by Stella’s Southern Brasserie would stand up anywhere.

Next up, four great bites from guest chefs and a cheese board from Blue Ridge Creamery (Christian Hansen, the owner who took a beating at a boxing match Thursday night, was there in body, but recovery will take a while. Send thoughts and prayers).

Taste of the South, held at the Wyche Pavilion up until this year, was staged at Fluor Field on the upper deck. The Vegabonds and Drive-By Truckers played on the field, facing the seats. The new venue was a change, but a good time was had by all.

Favorite dishes, by an unofficial poll of passersby, included a burrata agnolotti from Christopher Grossman of ASH Ventures (Atlanta); a benne-and-buckwheat cake from Kaley Laird of Rhubarb and The Rhu (Asheville, North Carolina); braised leg of lamb from Adam Hayes of Larkin’s; and the burnt milk panna cotta from Tania Harris of The Lazy Goat served only in the VIP area.

Twenty-plus food stations is a feat to plow through in one night, but the challenge is worth it to taste food from some of the best chefs in the Southeast.

As if that wasn’t enough, Fork & Plough snagged chef Steven Goff from Aux Bar in Asheville to join F&P chef Shawn Kelly and put on a midnight brunch I’ll be thinking about for months. There’s nothing quite like Ginuwine’s “Pony” blasting while sipping on some Maker’s Mark bourbon cocktails and digging into a steaming bowl of smoked pork, collards, and porridge with a perfectly soft egg.

Now that is a good night.

Photos by Andrew Huang, Saturday Feast by the Field 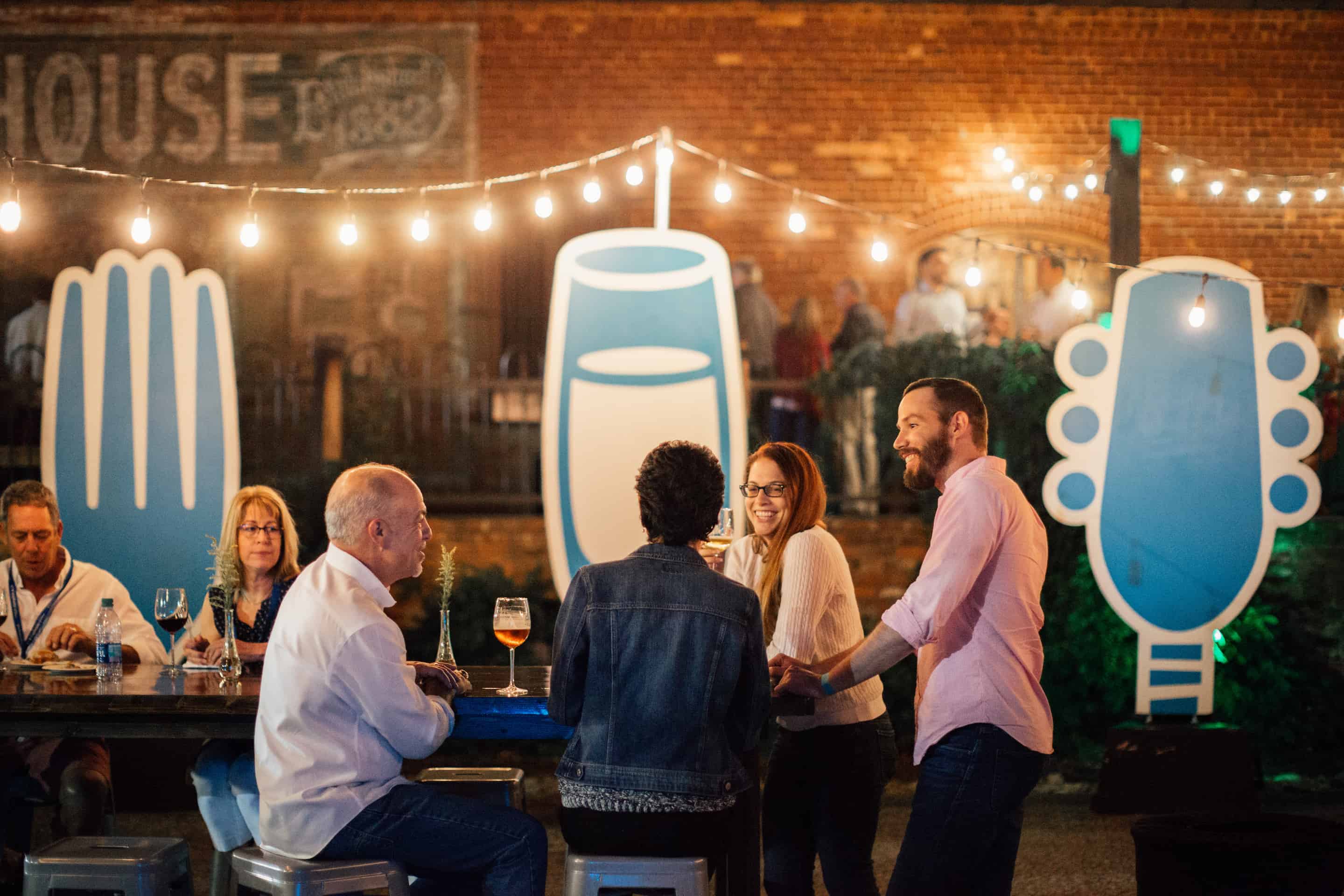 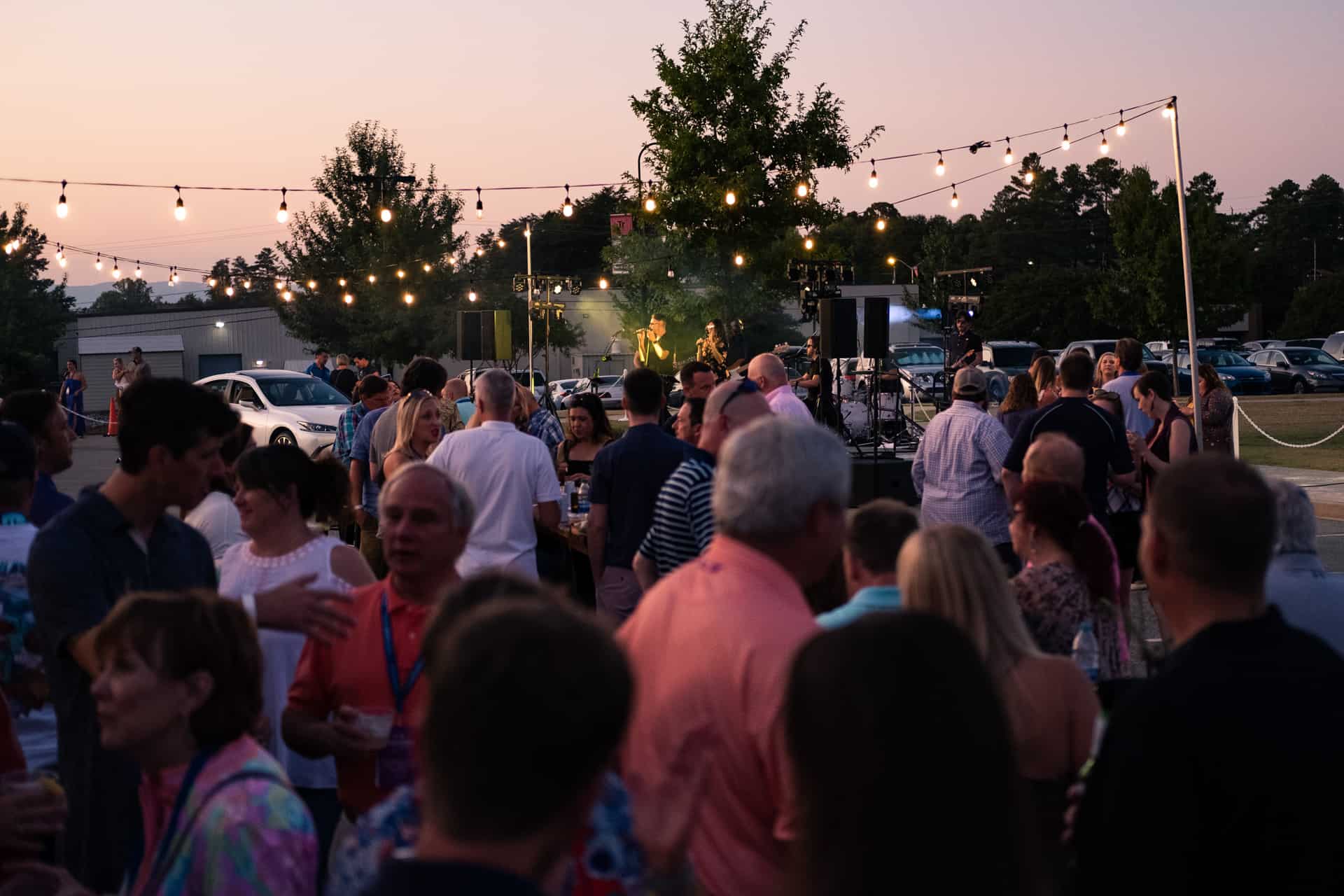