As a participating chef commented, euphoria could be renamed “The Gauntlet” if you start the eating and drinking on Thursday. By Friday, you’ll realize the mistake of going all in at the first night’s events if you’re trying to stay upright through Sunday Supper.

After heavily caffeinating on Friday morning, the festivities started with an unofficial cocktail throw down at 2 p.m. from the mixologist dream team of Walker Pickering of Crafted at Nose Dive and Zachary Calfee of Roost and Auro Hotels. These two friends and industry vets are the cream of the Greenville crop and entertained guests for two hours at Crafted with bourbon, gin, and everything in between.

Then the VIP party at 4:30 p.m. at Genevieve’s showcased cocktails from Travelers Rest’s Rocket Surgery and oysters from The Darling Oyster Bar in Charleston.

Taste of the South kicked off at 6 p.m. at the Wyche Pavilion with a dozen chefs from across the Southeast. The fried quail, risotto, pork al pastor, and verde grits bites, to name a few, were all tasty. But what truly stole the show was the honey bear cocktail served in an actual honey bear from the new Oak & Honey bar and restaurant concept opening downtown Greenville inside the new Residence/Spring Hill Suites this fall.

Calfee, who is concepting that bar program as well, joked with his manager about serving his gin cocktail in a honey bear. His manager made the executive decision to purchase 300 of those cute little bears, and then it became a reality that had everyone buzzing. (Pun initially unintended, but it works.)

Meanwhile, over at the Michelin dinner at Husk Greenville, chef Sean Brock called Bill Murray (THE Bill Murray), and the entire 75-dinner-guest crew sang Happy Birthday to him on speaker phone. These are the moments you miss not jumping into the foodie/wino fray that is euphoria. 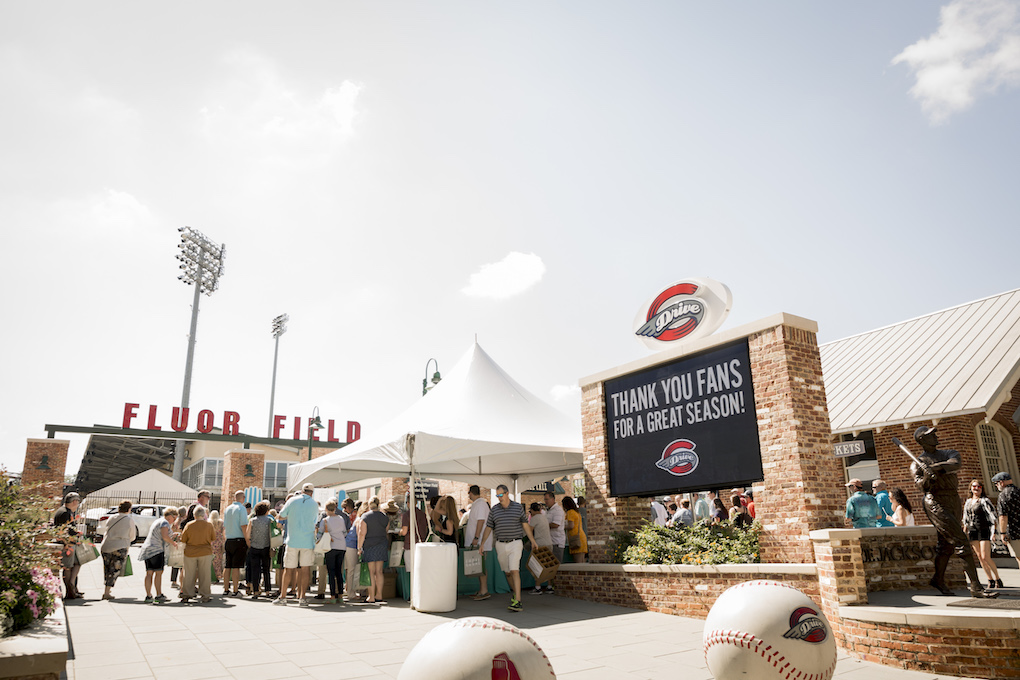