We get it. Bourbon is great.

Enter any popular restaurant and bar these days and you’ll discover a hefty percentage of millennial drinkers savoring some version of bourbon or whiskey with soda or ginger, on the rocks, or straight-up neat.

While they may be enjoying such top-shelf brands as Bulleit, Woodford Reserve, or Basil Hayden’s, they can’t afford the best of the best — let’s say something like a 15-year Pappy Van Winkle.

And therein lies the rub.

First, there’s the task of actually snagging a bottle of the small-batch bourbon released only once a year.

Then there’s the cost of a bottle if you do — it could easily cost you $250 at the store.

Heaven forbid you turn to eBay to buy a bottle. There, Pappy might cost you a couple thousand or more.

What’s a young imbiber to do?

For only $11, Beyond Barrels’ bottle-aging staves can turn a bottle of lower-grade liquor into something worthy of the reserve label. And the aging process takes one week to three months, rather than 15 years. (In case you’re not up on wine trivia, a stave is one of the long slats, or ribs, of a wine barrel.)

Beyond Barrels is the brainchild of Greenville’s Chris Harrigan, one of the founders of the local bourbon club Upstate Usquebaugh. The group will hold its second meeting in a couple weeks.

For Harrigan, the conflict between his palate and his budget was precisely what drove him to devote five years to developing a way to enjoy top-shelf-like bourbon without breaking the bank.

Beyond Barrel’s bottle-aging stave is a round, wooden post the size of a standard cigar. (Harrigan actually packages them in clear cigar tubes.) The staves are made out of the same barrel wood used to age high-end bottles of wine, and they’re hand-milled by Harrigan in his family’s woodshop.

Harrigan uses American white oak, French oak, and cherry for the three staves he manufactures. Each imparts a different flavor profile to the bourbon, much in the same way a barrel made from the same wood would flavor the liquid inside.

Barrel-aged cocktails are gaining in popularity in the mixology world, and several local restaurants are using Beyond Barrels staves to age premixed cocktails, not just a single liquor.

Larkin’s, Aloft’s WXYZ, Sip, Sassafras, and Cigar Boxx currently serve cocktails using Harrigan’s product. Other restaurants that either plan to use Beyond Barrels or have in the past include Breakwater, Gringos, American Grocery Restaurant (AGR), and the much-anticipated Vault & Vator speakeasy from the AGR team; it’s set to open in a couple weeks. Poogan’s Smokehouse in Charleston, Mix Mix Kitchen Bar in Santa Ana, Calif., and the Four Seasons in Singapore are other bars currently aging cocktails with Beyond Barrels staves.

“A couple places in Atlanta have them occasionally, but people have moved around so much I don’t know who is using what anymore,” Harrigan says.

Bottle-aging staves are not new to the liquor market. Those with favorable reviews, however, are almost nonexistent. After a hefty amount of R&D, Harrigan discovered why.

Barrel staves for wine casks are created using side-grain, or the vertical sections from of the tree. By contrast, most bottle-aging stave manufacturers use in-grain sections of wood (the rings you see when you chop down a tree). The taste difference between the two is obvious, Harrigan says.

“The in-grain basically tastes like brown paper bag, relative to the side-grain,” he says.

Harrigan says he did blind A/B testing using staves made with both kinds of wood, and only one of 27 taste testers chose the liquor aged with the in-grain stave. As a result, Harrigan uses only side-grain staves.

“I knew what I tasted, but you’re inherently biased when you’re developing your own product, so that’s why I always got confirmation from everyone else around town who had no vested interested in what I was doing, and also didn’t know there was even a difference between the two,” Harrigan says.

Harrigan says having his product featured at local restaurants was a tactic to increase his retail presence. As more diners taste expertly crafted cocktails using his bottle-aging staves, they may be inclined to purchase them to try at home, he says.

Currently the bottle-aging staves are available only online (beyondbarrels.com and other online retailers), but Harrigan is working on packaging to sell them in retail stores.

If he can make some solid sales over the next month or so, he hopes to order his first batch of packaging supplies in bulk.

Wonder why that aged cocktail might cost up to $15?

It’s labor- and time-intensive. Tone Stone of Larkin’s on the River has developed several cocktails for the bar’s permanent drink menu using Beyond Barrels aging staves. The cocktails involve multiple steps and lots of waiting. Below are two drinks Stone developed that will also be featured in an upcoming March Madness food bracket challenge with The Hungry Fan Daina Falk (hungryfan.com) and Greenville-based Bandwagon ticketing service. 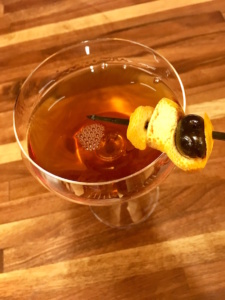 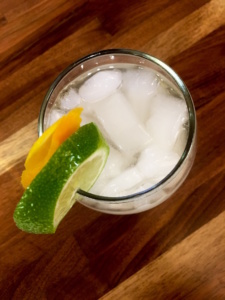 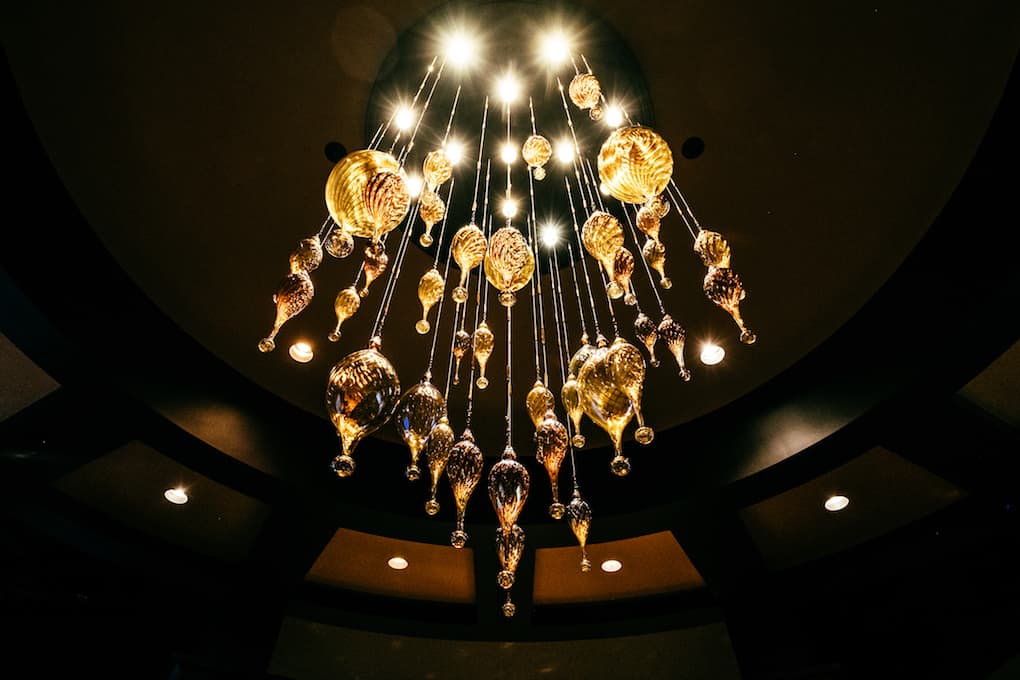