Matt Jennings knows the expectations most people have when they think about a “golf course restaurant.”

“First thing people ask about is the dress attire,” said Jennings, who owns Cherokee Valley golf club in Northern Greenville County. “They’re used to thinking because it’s on a golf course, it must be a country club, which means they have to dress up.”

But Jennings is pushing back against those expectations with Core 450, the new restaurant concept that will open Memorial Day at Cherokee Valley. Situated at the idyllic spot where the 9th and 18th green merge on the course, Core 450 is billing itself as a creative restaurant that just so happens to be on a golf course.

“I think we’re very lucky to have the setting that we have, that we’re on such a beautiful piece of land,” Jennings said. “But we really want this to be a destination restaurant for foodies.”

That means diners are free to show up wearing anything from a tuxedo to tie-dye, so long as they leave their expectations at the door.

Walking into Core 450, the first thing diners see is a charcuterie room. The small nook is where hunks of house-cured charcuterie — country ham, prosciutto, pepperoni — will dangle as a chef slices them over a table for the dishes being prepared in the kitchen. The charcuterie room is designed to look like an old cellar — its rustic back wall features the restaurant’s wine selection.

“I think we’re very lucky to have the setting that we have, that we’re on such a beautiful piece of land. But we really want this to be a destination restaurant for foodies.” – Matt Jennings, owner, Core 450

But the rest of Core 450 exudes a minimalist style, with clean lines and no artwork on the walls, so as not to distract from the two main features of the space: the open-concept kitchen and the expansive view of the golf course’s rolling hills.

Glass windows reminiscent of a mountain retreat stretch from the floor to the ceiling, while chef Todd Warden and his team in the kitchen “operate on a stage so the diners can interact with them,” Jennings said.

“The kitchen is the ‘core’ of our brand,” he said, invoking the name of the restaurant (the “450” is a reference to the restaurant’s address at 450 Cherokee Valley Way). “There’s this awe of seeing it live-action and then being presented plates that look like artwork. That’s why we don’t have any decor on the walls; our art is on the plate.”

Warden, who got his start in the Washington, D.C., area and later spent 15 years working for The Cliffs communities, designed the “small plates and shareables” menu to highlight a broad array of culinary styles, utilizing the restaurant’s in-house smoker and 6,500-pound Italian pizza oven.

“Because we’re out here on our own and not crammed in with other places downtown, we can do anything,” Warden said. “It’s limitless.”

Outside, communal tables and counter bar seating look into the restaurant while amphitheater seating holds up to 250 for concert events. Both Jennings and Warden said they also want to utilize the course by hosting special events — a hog roast on the 18th green, for instance, or a concert on the driving range with a catered menu.

In the near future, Core 450 will also be offering a monthly tasting menu that allows Warden and his team to flex their creative muscles and serve the customers directly.

“We’ll have that outlet to go that extra mile, and it’s fun,” Warden said. “We don’t want to be pigeon-holed and this space gives us the ability to do what we want.” 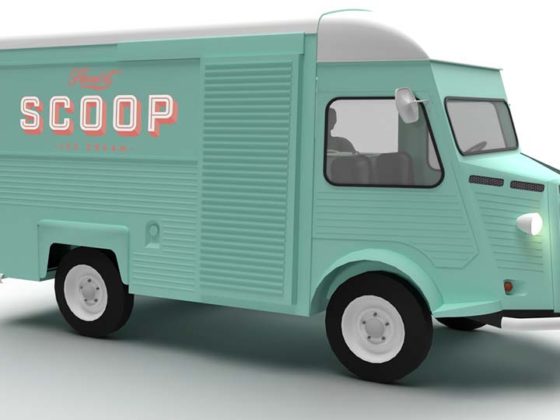 The (Honest) Scoop with Amy Doyle: Bringing back the ice cream social via food truck 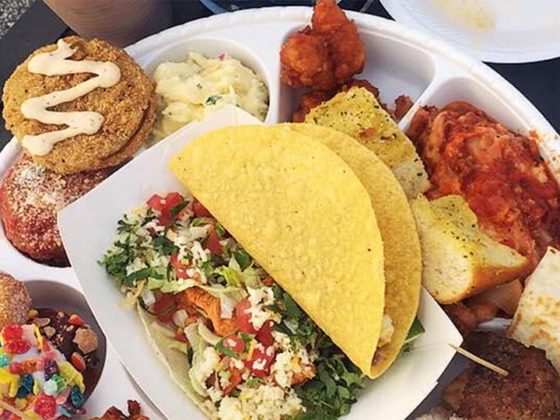