If there’s a care in your world, hushpuppies can cure it. All fried food has the magical ability to dim the lights on ordinary troubles for a bit, but hushpuppies have something more.

The hushpuppy has no lack of fantastic origin stories, including tales about nuns, Civil War soldiers, and a pack of howling dogs. The true birth of hushpuppies, however, is more humble. It can be traced to a small town in South Carolina at the turn of the twentieth century, where a cook named Romeo Govan—famous for his fish-frys—first dropped balls of cornmeal batter into hot lard. He christened the result “red horse bread” after the local fish species he served it with. Word of the crispy, cornmeal balls spread rapidly across the state, and soon, red horse bread became a standard accompaniment to fried fish and barbecue across the South.

I was not thinking about history when a waitress plopped a basket of hot hushpuppies in front of me early this summer. I had arrived at the coast for vacation just as a tropical storm did too, and the driving rain sent us into the comforting arms of a local fish-fry shack. Rain hammered on the tin roof and the beach forecast looked dismal, but the hushpuppies were perfectly crisp on the outside, faintly sweet on the inside. If there’s a care in your world, hushpuppies can cure it. All fried food has the magical ability to dim the lights on ordinary troubles for a bit, but hushpuppies have something more: a soft, cornbread interior that reassures as it recalls cast-iron skillets, Southern tradition, and home.

1. Whisk together all dry ingredients in a large bowl. In a separate bowl, stir together buttermilk, eggs, and the grated onions with their juices. Pour over the dry ingredients, mix until just combined, and let the batter rest for about 30 minutes.

2. Meanwhile, using a mixer, whip 8 Tbs. butter until smooth and fluffy. While continuing to whip, slowly drizzle in sorghum and a pinch of sea salt. Transfer to a small serving bowl and set aside.

4. Using a tablespoon, carefully slide rounded balls of batter into the hot oil. Do not crowd the pan. Fry, stirring to flip once, until crisp and golden for about 3–4 minutes. Remove from oil and drain on paper towels. Serve immediately with the sorghum butter. 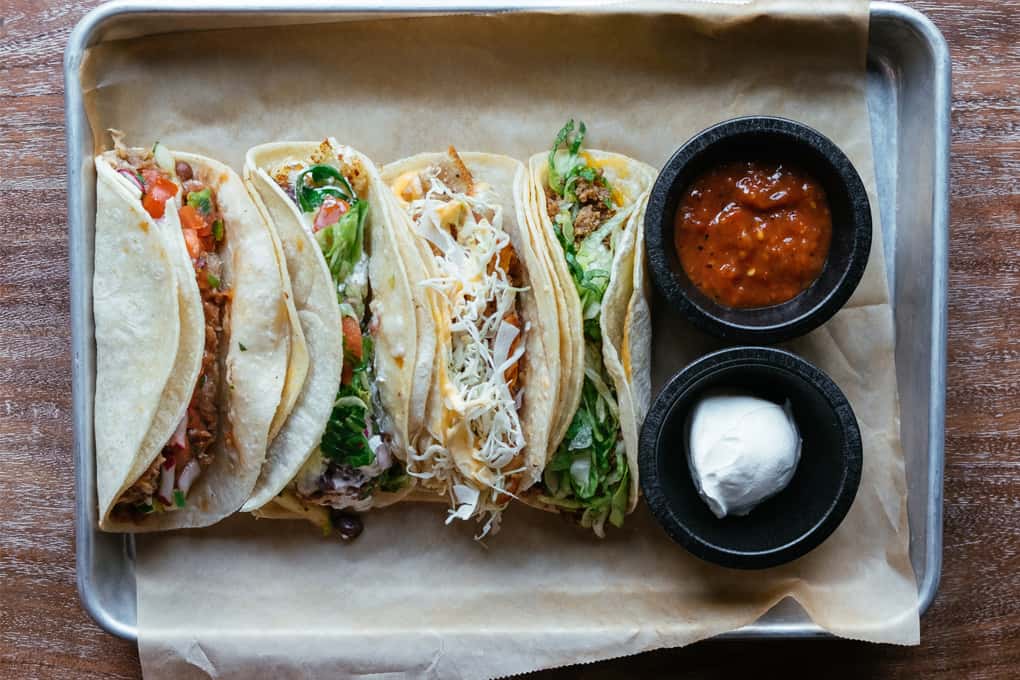