“A cheese rind is really like a forest floor.”

Christian Hansen points to multiple (good) mold colonies of differing greens, grays, and browns, and varying textures forming the rind on a wheel of Chattooga Blue.

He explains: in order for the type of mold necessary to develop the flavors he’s after in each specific type of cheese, each type of mold begets another, like the layer of fallen leaves building the foundation of a forest floor on which the rest of the flora will grow.

And that is just one of the bits of minutiae critical to the cheese making process. 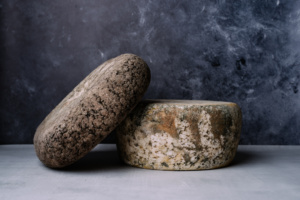 Hansen, cheese maker and owner of Blue Ridge Creamery founded in 2016 in Travelers Rest, likes to call himself a “curd nerd.” The title is apt for the former computer-software salesman as it is his “nerdy” tendencies and attention to detail that have allowed him to learn and perfect the oft-painstaking, hurry-up-and-wait cheese-making process.

It’s an Old World process that runs in Hansen’s bloodline – both his grandfather and great-grandfather were Danish dairymen – and after experimenting at home in 2006 with his first cheese, he knew at some point he would move away from the corporate environment and into the local artisan food movement.

Aside from the challenge of jumping into a completely different new career, the craft of cheese-making itself is fraught with difficulties one learns only by experience. In other words, one does not simply make cheese, to borrow a popular meme phrase. It’s complicated, volatile, back-breaking, sometimes stinky, messy, expensive work. And for those, like Hansen and his business partner Charles LePrade, for whom the highest quality and sourcing local ingredients is paramount, it’s even more difficult.

But they love it. They’re good at it, as evidenced by local and regional chefs’ adding Blue Ridge Creamery cheese to their menus with increasing regularity. Mentions in regional and national publications continue to roll in. And it’s made in Greenville County, primarily for local residents. That’s reason enough to know how it’s made and why it’s worth the $24 per pound.

Let’s start with the basics. 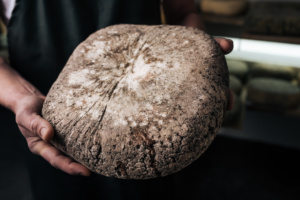 To make aged cheeses, not the ricotta or fresh mozzarella home cooks can easily make, a proper aging facility, or cave, is necessary. Hansen found a building formerly used as an auto body shop and more recently for canoe manufacturing in which to build his commercial kitchen. The addition in which the canoes were painted now serves as the cheese cave, where the temperature and humidity are carefully regulated – 85 percent humidity and 55-56 degrees to be exact. Too much humidity could cause the cheese to go rancid, Hansen says, with the summer proving particularly difficult

In order to make larger quantities of cheese, a proper insulated holding tank for milk is required. That tank holds about 330 gallons of milk at a time and can keep it properly regulated for about 24 hours if the power goes out. Any longer than that means $6,000 worth of milk is wasted. That loss would be devastating for a small business.

One gallon of milk makes about eight-tenths to two pounds of cheese, depending on the variety. Currently, in the cave, a 125-pound wheel of Mont Sassafras alpine-style cheese made from 140 gallons of milk is aging alongside seven to eight different kinds of cheese formed in much smaller wheels. 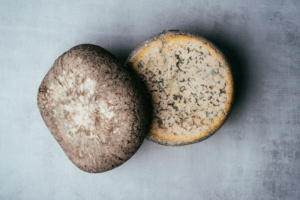 Here’s where the variables get interesting, and why cheese makers have to learn much of the process by doing rather than following a tutorial. The milk Blue Ridge Creamery sources from Milky Way Farm (raw) and Southern Oaks Jersey Farm (pasteurized) changes every week, and they have to adjust, Hansen says.

In the spring, cows are giving birth and their milk is much fattier, which is ideal for blue cheeses.

Summertime, when the milk is leaner, is great for hard cheeses.

What follows is also an expert-learned process – knowing how long certain types of cheeses need to curdle, how much of the solidifying enzyme (rennet) should be added, how hard or soft the cheese should be when it’s removed from the cooking vat and molded into wheels.

Hansen says he spends most of his time either washing equipment or leaning over the vat, stirring and then cutting the curds. 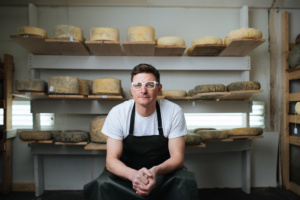 Hansen’s research and trial and error produce a high quality product, but it’s not without personal sacrifice. He says so far, the creamery burns a lot of cash, but as Hansen is able to produce higher volume, the financials will make more sense.

He’s unwilling to compromise, though, and will continue to touch every wheel of cheese that the creamery produces.

“You don’t think this came out of a factory,” he says. 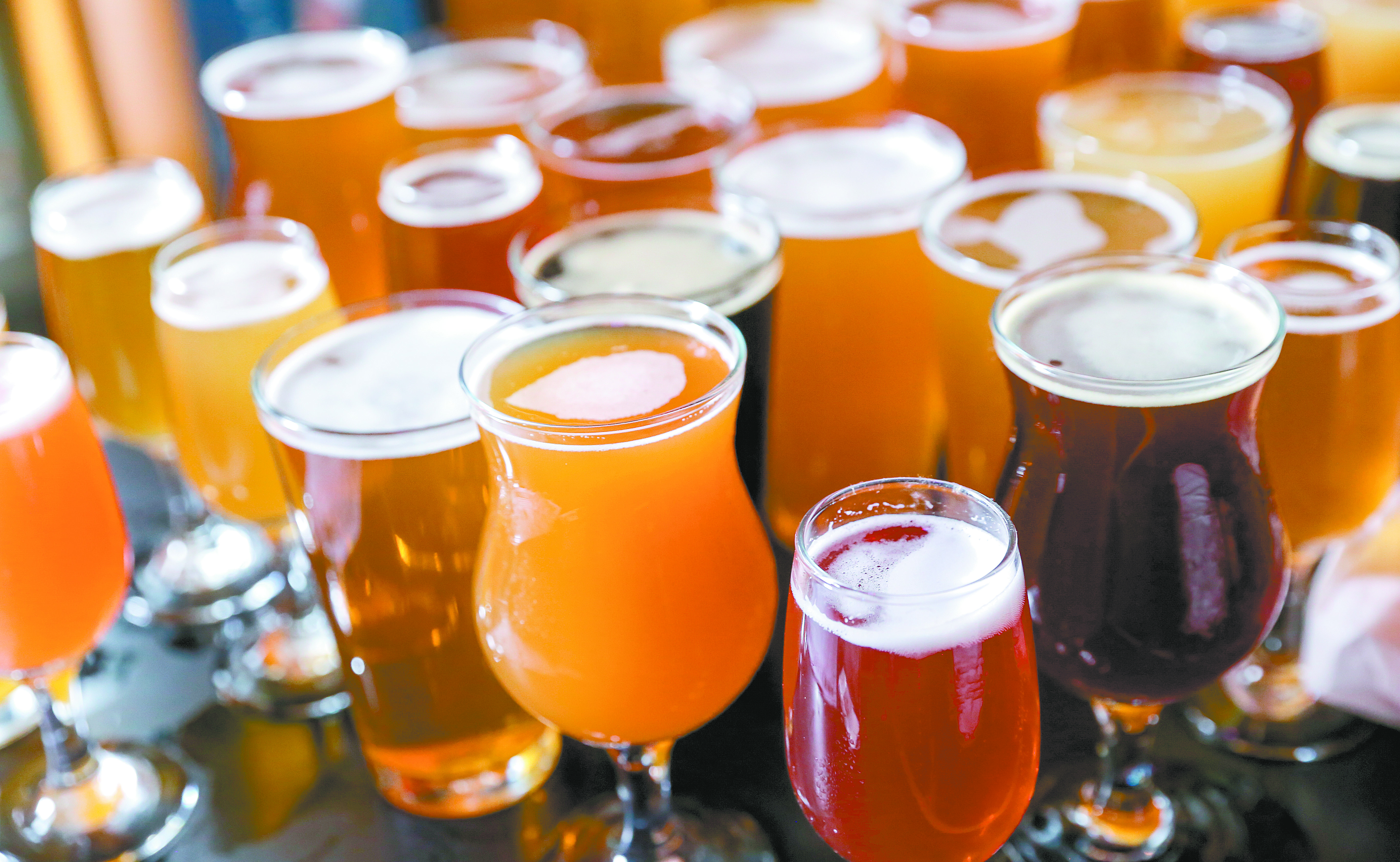 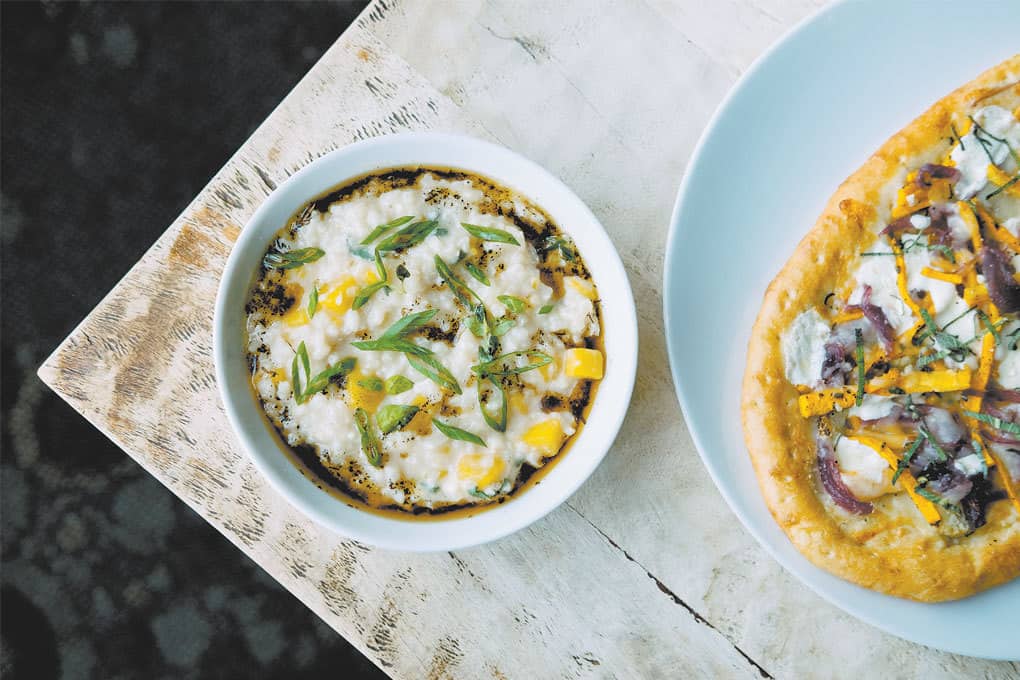