Thought Greenville’s restaurant boom might take a pause this year? Think again. Just this spring and summer, more than two dozen notable restaurants, bars and breweries in the Greenville area either already have opened or are nearing the finish line.

And it truly is a race. From construction material delays to hiring difficulties, restaurant owners are pushing through, eager to capitalize on the increased dining activity as the economy begins to reopen.

From a brand new Cal-Med concept in Taylors to the re-opening of a former Greenville favorite, here are 24 of the most recently opened and coming-soon spots for your dining adventures.

Three former Halls Chophouse staff members have teamed up to open Coral in the former Terrace location, bringing what co-owner Dakota O’Leary describes as “high quality seafood with a fun environment” to Main Street. Essentially spanning two storefronts, the restaurant has two distinct areas, the most visible of which is the bar with windows that open to the sidewalk. Guests often mistake the bar for the entire dining area, O’Leary says, but, there’s an entire other section at least as spacious. Even so, reservations are recommended. And while the focus is seafood, O’Leary also says their vegan options, like the massaman curry, are just as deserving of attention.

Don’t Miss: Baby Grilled Cheeses – eight in a serving with a side of marinara for dipping

The hype leading up to Society – a two-story ramen and sandwich bar (emphasis on the bar) – has been real, thanks to owner Jeremy Krauze’s years in Greenville’s late night service industry. So much hype that Krauze is feeling a bit of pressure he knows his team, with exec chef Chris Rosensteel in the kitchen, can handle. “It’s such a stacked crew of food and bev people that truly cares about what they do and the product they deliver. I couldn’t be happier and hope we live up to everyone’s expectations,” Krauze says.

The AC Hotel’s street-level Spanish-inspired tapas bar opened earlier this spring and continues to fill up seats every night with a mix of travelers and locals. Overlooking Main Street with views of the Peace Center, Paloma’s outdoor patio includes a custom mural and seating designed to make guests stay awhile. The shareable plates and generously portioned cocktails almost ensure that.

On the rooftop, the gin-centric bar’s garden-like atmosphere and features are designed to make it a favorite spot for those looking to snap that perfect photo for social media. If the success of Paloma is any indication, Juniper’s covered, all-weather outdoor patio and expansive indoor bar seating will fill up quickly as soon as the doors open.

Mark Craig, who opened Arizona Steakhouse decades ago, has joined the fast casual biscuit restaurant trend, serving Mississippi Delta Cathead-style biscuits topped with high quality regional specialty proteins and produce. Or as he describes the Hangover biscuit – “topped with everything but children and money.” He’s also proud to note one of the four types of biscuits scratch-made in-house is gluten free and vegan. Beverages include fresh-squeezed juices for mimosas and Bloody Mary’s and locally roasted coffee from West End Coffee Roasters.

In what owner Mark Craig describes as a bit of poetic justice, Travinia (a long-time popular Woodruff Road restaurant that closed six years ago) is reopening this summer in the former Romano’s Macaroni Grill spot at Pelham and I-85. Renovations are underway, and Craig says to expect a full menu of Travinia standards along with some new items.

Two sisters launched the small batch ice cream bicycle cart last summer, and less than a year later are set to open a brick-and-mortar in the newly redeveloped Overbrook strip center, next to Shaw’s Pharmacy. Along with 20 of their own custom flavors, including dairy free options, the menu will include sundaes, cookie sandwiches, milkshakes and twisters for a little something extra indulgent, says co-owner Caitlin Hayes.

The trio of Ryan Robertson, Jason Thomas and Mike Springer are opening their first restaurant together with the tagline Dough-Sauce-Cheese. “That’s 100% of our concentration and focus to perfect for our customers,” Robertson says. “We’re using the highest quality ingredients to create very unique pizza combinations/recipes with revolving monthly specials.”

From the brewer who initially hoped to open Nautic Brewing Co. comes Pangaea Brewing Co. that has been under construction for months in the same stretch of former warehouse as The Commons. Co-owners Steve Schofield and his wife, Emily Lavender, relaunched their efforts when Nautic Brewing ultimately didn’t pan out and named the new project Pangaea – “the supercontinent before the Earth split apart over 175 million years ago.”  With construction wrapping up, Schofield says he plans to begin brewing in the next week or two. From their website “Pangaea is here to capture the art, mystery and science of the fermentation process for you to enjoy with us or with your friends at home. We want to transform the best ingredients possible into a unique experience for every one of you.”

After an eight-month wait, co-owner Joey Leccese says they finally received approval and began construction mid-April. The project, that borders Unity Park, involves developing the parking lot and outdoor space, along with installing the brick oven that will be a focal point. Aside from pizza, the menu will include fresh pastas and a lot of seafood, Leccese says.

Executive chef Steven Musolf, formerly of The Lazy Goat, has teamed up with The Southern Bleachery owners Ashleigh and Lawrence Black to open a new restaurant in the space where Junto coffee shop has been operating while its location across the parking lot was under construction. The concept draws on his love for California-Mediteranean (Cal-Med) cuisine and sensibilities. “While working at two different Michelin-rated restaurants in the Bay Area during the early 2000’s, I was exposed to that side of cuisine,” Musolf says. “I haven’t been able to fully express my style since moving here five years ago, so I’m very excited to do so.”

Address: The Village Center within in the Hartness community on South Highway 14

The stone hearth oven is a centerpiece of the new restaurant’s kitchen, led by Executive Chef Tanner Marino. The fast-casual concept overlooking the Hartness Grand Lawn will offer specialty coffee and breakfast items in the morning, with a fire-roasted menu throughout the rest of the day. The menu includes bowls, such as the Voodoo Bowl (Charleston gold rice, ancient grains, Sea Island red peas, chicken sausage, peppadews, Cajun Trinity and remoulade) and Southern favorites like chef Tanner’s Chicken and Waffles (crispy fried chicken, a cornmeal waffle and Red Clay Hot Honey).

Don’t Miss: “A Pirates Life for Me” made with the newest product, Oak & Pearl Rum

The distillery and tasting room is offering cocktails and tasting flights along with tours of the new, shiny facilities. Each month the cocktail menu will change, with the newest debuting on May 1. The best selling cocktail since opening has been the Blackberry Heirloom Mule made with Heirloom Rye Vodka, while The Old Fashioned made with the 5-Grain Bourbon is a close second. Currently, the tasting room isn’t serving food other than complimentary bar snacks, but they hope to have a food program running by the end of May.

Brewer Ryan Kurlfink has been working on this project for several years, and his efforts have paid off. Open only a few weeks, the new brewery in a two-story, 21,000-square-foot former industrial space tucked back off the road also has an expansive outdoor lawn that includes a biergarten and may eventually connect to the future Swamp Rabbit Trail Extension. Think-Tank-FRESH-BEER is the mantra, Kurlfink says, explaining the custom brewing system is designed to pump out beer that goes straight from tank to glass – it’s never bottled.  Anchoring the taps are a hoppy Pale Ale, roasty Stout, chocolatey Porter, and a pair of Belgian inspired blonde ales. He says to expect a roll out in the coming weeks of an assortment of IPA’s and authentic European lagers.

The bar will definitely be the focal piece, says co-owner and chef Austyn McGroarty. Currently operating just down the road as a lunch and dinner spot, the bistro will expand its operations in the new, much larger location to include a full bar program along with daily breakfast focusing on European style dining with fresh pastries and espresso that guests will be able to enjoy on a large patio. Quite a few changes are in the works for lunch and dinner, but those details are still in the works.

Three of the four new tenants announced recently by the shipping container food hall are either second locations or spin-offs of existing successful local spots. Myami Bites, however, is a concept from Tomas and Lynda Prado, who opened the popular Cuban-American restaurant Spanglish in Charleston and decided to bring their love for Miami’s street food to Greenville. Why here? “We decided on Greenville because we honestly just fell in love with the city. Everyone is so nice and welcoming and the city itself is gorgeous!” Lynda says. “We also liked Greenville because it’s so centrally located – within hours of Atlanta, Asheville, Charleston.”

While Hometeam and Double Stamp have been announced for well over a year, the addition of Greektown Grille’s stand-alone kitchen to the Holland Park line-up is relatively new. But they’re moving quickly to get open this summer. Greektown owner Mike Kourlas says his sons wanted to expand on the McBee Station location concept and attempt and a smaller walk-up window operation. “Taki and Jimmy wanted to take Greektown and do a little something different with it,” Kourlas says. “Take the favorites like our Gyros, Lamburgers, Souvlaki sandwiches, Greek salads and a few more menu favorites and do basically a stationary food truck. We think Holland Park is the perfect development to start this new venture at.” 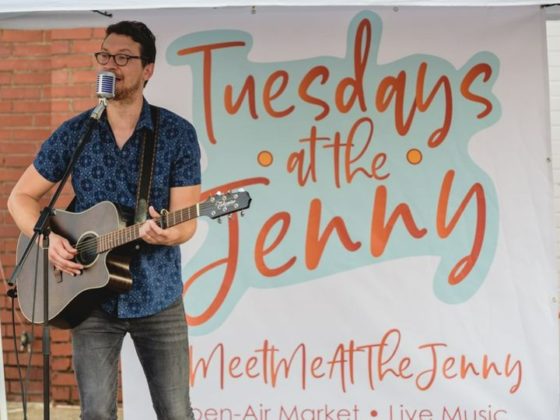 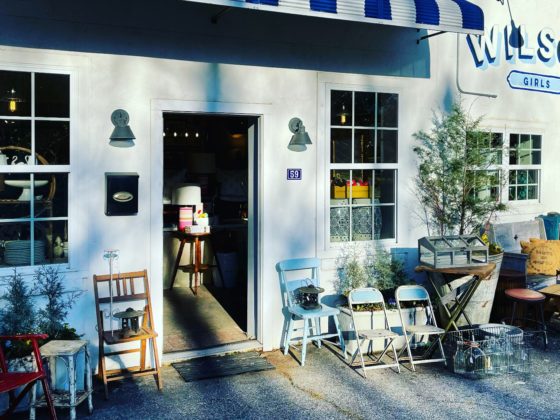 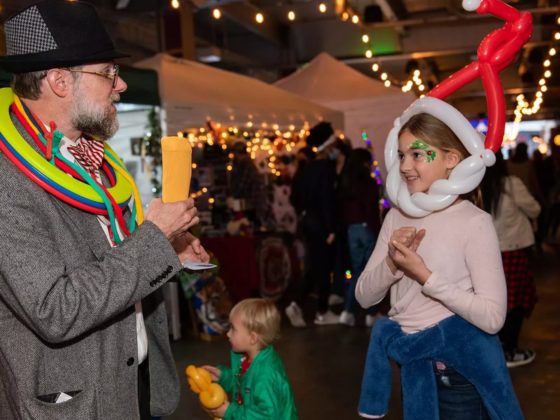 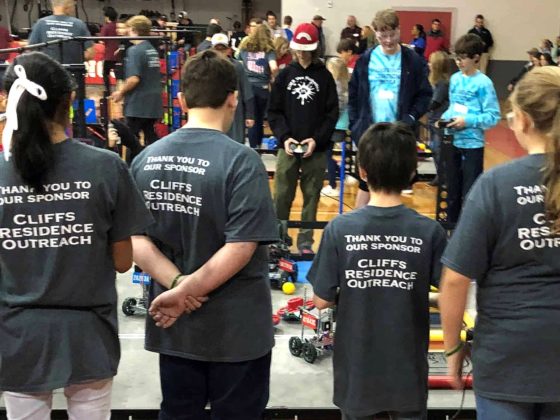 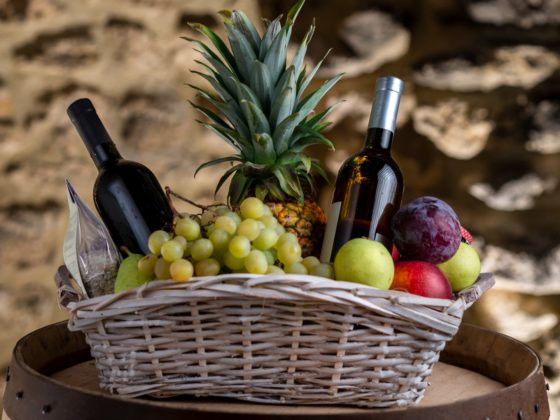 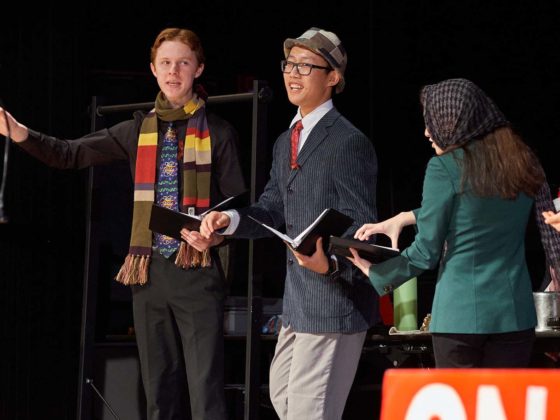 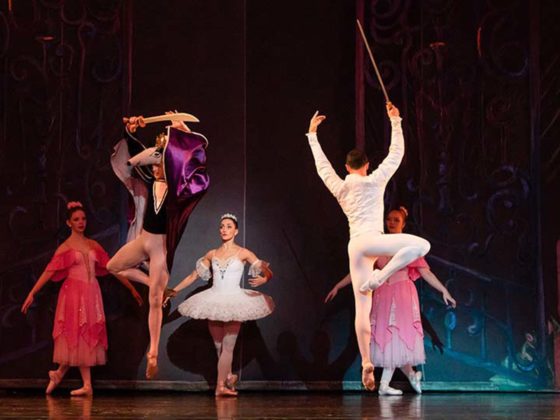 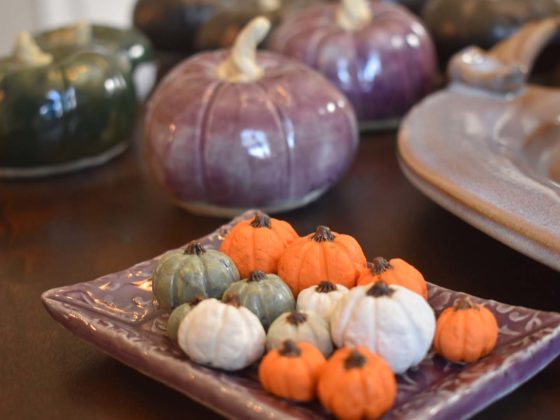 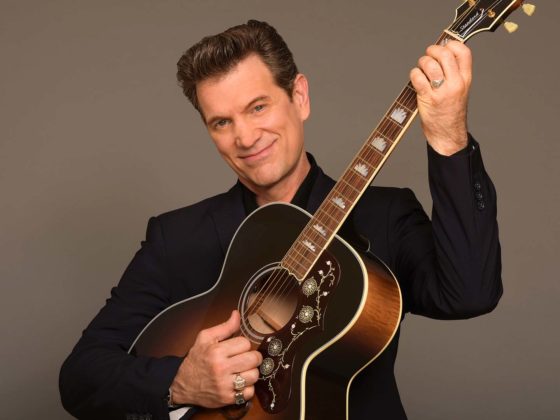 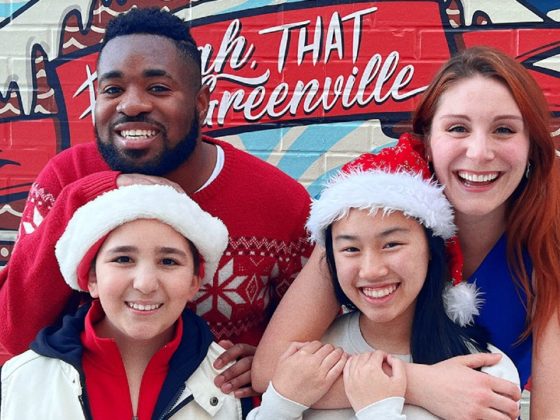 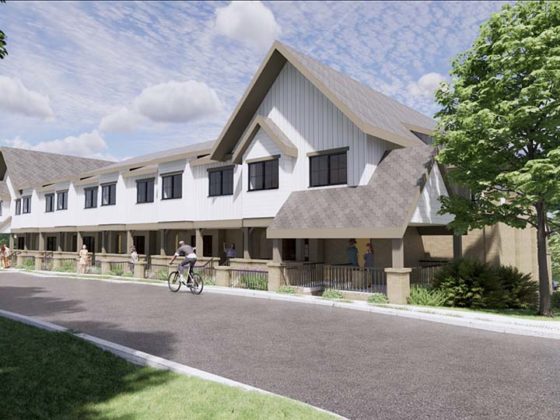