Deep in the bowels of the Strom Thurmond Institute at Clemson, 35 boxes hold Buck Mickel’s personal files. It’s a treasure trove of photos, speeches and memorabilia, as well as hand-scrawled vision lists revealing his hopes and dreams for Greenville.

“He always wrote in red ink,” recalls Minor Mickel Shaw, Buck Mickel’s oldest child. “He’d circulate the list each year to our family and his friends. He was so forward-thinking in many ways. He was the most visionary of any of the people who added items to the list.”

Scarlet red bullet points outlined the conception of the Peace Center, the BI-LO Center, the Hyatt Regency, the South Carolina Governor’s School for the Arts and Humanities and so many other amenities thousands enjoy today. The businessman was a builder, erecting a cityscape upon the posts and beams his uncle, Charles E. Daniel, cemented a generation earlier.

Builder of the South

Elberton, Georgia, may be known as the granite capital of the world, but native son Charlie Daniel used steel and concrete to forge a name for himself. After serving in World War I, he moved to Anderson, South Carolina, to ride the Palmetto State’s industrial building wave. He eventually founded Daniel Construction Company, which set up headquarters in Greenville in 1941, and at one point was considered the largest construction company in the world. In 1963, President John F. Kennedy named Daniel “Industrialist of the Year.”

Working side by side with Daniel was his wife since 1924, Elberton’s Homozel Mickel. The two never had children, but both mentored their nephew, Buck Mickel. “Our dad’s dad died when he was 12,” explains Shaw. “Homozel and Charlie were very, very close to Dad. Charlie Daniel even gave my dad away at his wedding.”

Daniel’s interests spread over time, as he ventured into banking, telecommunications and airlines. In the mid-’50s, Daniel worked with Roger Milliken to create the Greenville-Spartanburg Airport. He represented South Carolina as an appointed U.S. senator, advised and constructed buildings at Clemson and Furman, and recruited to expand the state’s industrial base. Fortune magazine wrote, “If the customer permits himself to be lured into Daniel’s hometown, he is a gone goose.”

That magnetism is what his grandniece recalls. “Dad always described him as a man’s man, and he was,” shares Shaw. “He had a kind of bigger-than-life personality. I remember him that way. He was quite successful and very charismatic.”

Even as his world expanded, Daniel’s heart stayed home. He and Homozel established the Daniel Foundation to give to local hospitals, churches and college students. He also kept an eye on Main Street, which was in decline. He appealed for downtown renewal, and his last public act was the 1964 groundbreaking for the tallest building in South Carolina: the 25-story Daniel Building.

“Charlie Daniel was a builder,” explains Charlie Mickel, who carries his great-uncle’s name. “When you build things, you build for the future. Dad was a builder, too, and always focused on building a community for the next generation.”

Both of Buck’s children vividly recall a childhood with their father drawing blueprints for a modern Greenville.

Like his uncle, Buck Mickel was an Elberton boy who returned from military duty to raise a family in the Upstate. Buck had married his fourth grade sweetheart, Minor Herndon. Little Minor was in tow, and two sons would come. The engineer worked at Daniel’s construction company and rose through the ranks to became president when his beloved uncle passed in 1965.  In the ’70s, Fluor Corporation came calling, and Mickel presided over negotiations that turned the local gem into a shining, international construction giant.

The peach not falling far from his ancestral tree, Mickel, too, held a passion for community service. He joined forces with Max Heller and Tommy Wyche to create one of the most powerful trinities of local servanthood the city has seen.  With Mickel’s gregarious salesmanship, Wyche’s legal mindset and Heller’s political connections, the trio changed the face of downtown, joining others to form Heritage Green, land the Hyatt Regency, forge Riverplace, build the Peace Center and more.

“All of them were sincere about getting involved and making sure projects got done,” shares Buck Mickel’s youngest, Charlie Mickel. His sister adds, “They really didn’t take no for an answer! The BI-LO Center took 20-something years to pull off, and they kept going at it different ways. They knew if they didn’t do something like this, Greenville would go by the wayside. They didn’t have a choice but to be bold. They were passionate, and they wanted Greenville to succeed.”

The Georgia Tech graduate was also passionate about supporting education. Buck Mickel served as a trustee for Clemson University and Converse College, and supported both his alma mater and Greenville Tech. He continued his aunt and uncle’s giving to Furman, and to this day, scholarships are still awarded at Elberton High, in honor of the Class of 1942’s valedictorian and salutatorian (Buck and Big Minor). A final project prior to his death: backing the South Carolina Governor’s School for the Arts and Humanities.

“I had the opportunity, right before he passed, to ask Dad, ‘How do you want to be remembered?’” reveals Charlie Mickel. “And he said, ‘Georgia boy done good.’ That was it. He did say, ‘If your mom and I have done a good job, you’ll continue this legacy.’”

And so they have.

Although none of the third generation joined the construction business, Minor Mickel Shaw, Charlie Mickel and their brother, Buck (who is now deceased), have continued down the family’s path of service. Before his death at 54, the middle sibling showed boundless support for the Greenville County Museum of Art, the Peace Center and the YMCA of Greenville.

When his brother died, Charlie Mickel took over as president of the family’s investment vehicle, RSI Holdings, while serving on boards for the Peace Center, the Community Foundation and the Museum Association. His expertise in action is visible to anyone driving down I-85. As a member of the Clemson University Foundation Board, he assisted with the creation of CU-ICAR, the Clemson University International Center for Automotive Research.

During that enterprise, Charlie Mickel crossed paths with his sister, who is a trustee on the Hollingsworth Funds Board. Mimicking her father’s endeavors, she was instrumental in fundraising to build the Governor’s School for the Arts and Humanities and currently chairs the Greenville-Spartanburg Airport Commission. Today, the businesswoman continues to hold positions with the United Way, the Duke Endowment out of Charlotte, and the SC Blue Cross/Blue Shield corporate board.

Perhaps the brother and sister’s most personal post is leading The Daniel-Mickel Foundation. Along with Shaw’s daughter, they guide giving from the entity set up by their great-aunt, great-uncle and father. To date, the foundation has contributed more than $57 million to organizations in the area.

“I hope people look at our family as one that has been helpful to Greenville and our community, and humble in how we are perceived,” says Charlie Mickel.

Adding their dreams to that vision list in red. 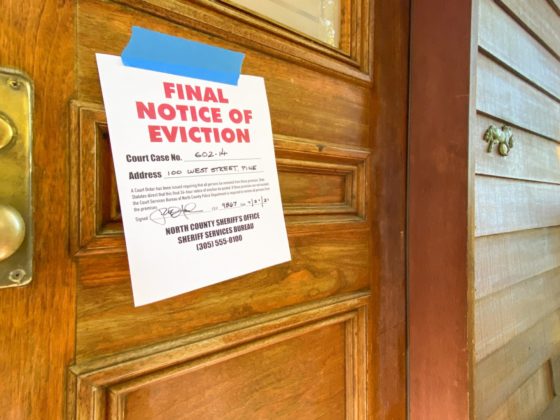