“If you want bikes to count, you need to count bikes.”   I heard this 10 years ago at a League of American Bicyclists national conference in Washington, D.C. I wish I could remember who said it because it has always struck me as the business reason for investing in mobile infrastructure. There are many other reasons to invest in mobile infrastructure and I could spend lots of time discussing health benefits. But these numbers are about the business of bicycling.

So, where might one find all these new bike and bicyclists? A good place to start would be the Prisma Health Swamp Rabbit Trail, a 22-mile multi-use (walking and bicycling) greenway that connects Travelers Rest with the city of Greenville.  More extensions to the trail are planned and in the works.

In 2015, Julian Reed, associate professor of health studies at Furman University, published a four-year study that ended in 2014, when the trail saw an estimated 501,236 users. “Collecting useful data is helpful but there should be a rationale for it (e.g., marketing of the trail, for example),” Reed said of the rationale behind the study. 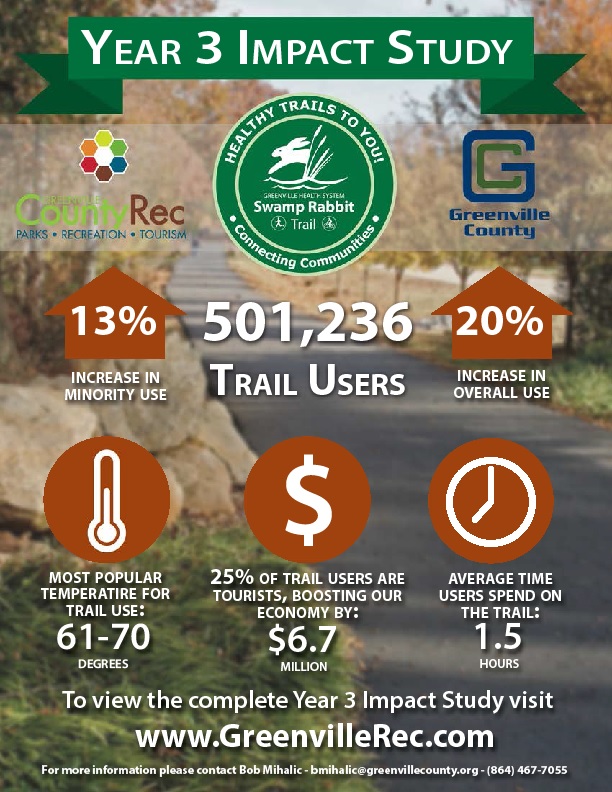 What are the latest numbers?  Glad you asked.  The nonprofit advocacy group Bike Walk Greenville is raising money for a real-time bike counter produced by the company Eco-Counter from Montreal. Over the past 20 years, Eco-Counter has developed real-time technology to count pedestrians and cyclists. They produce dozens of products but the one in consideration for Greenville is the Eco Display Classic.

Who is buying the counter? Bike Walk Greenville Executive Director Frank Mansbach thought this counter would be an ideal opportunity to partner with the city. His organization has raised $17,000 from anonymous donors and is seeking the remaining $10,000 from private donors. 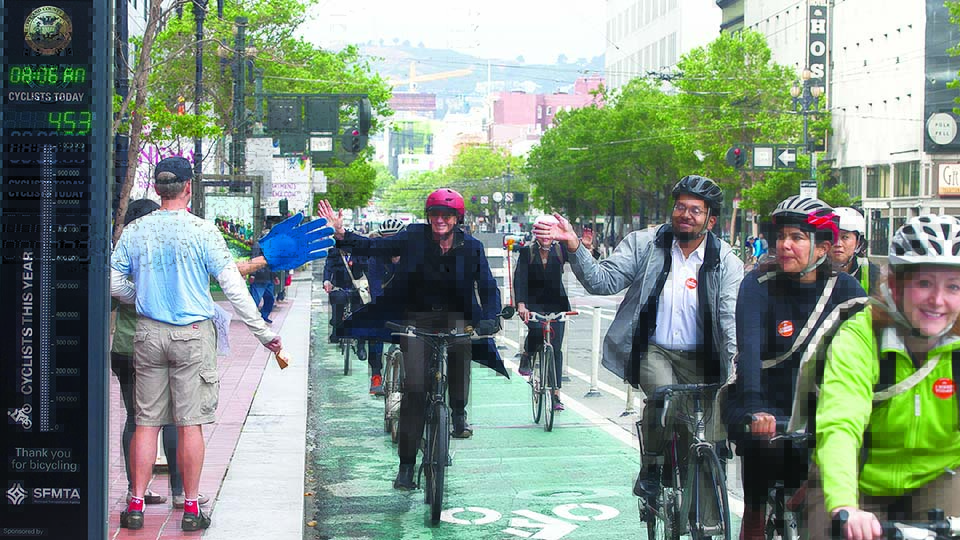 Where — and when— will the counter be installed?   “We are glad to be partnering with the city of Greenville and hope to have this up in 2021 once the fundraising is complete,” Mansbach said. Once purchased, the city will install the counter on the Prisma Health Swamp Rabbit Trail north of Unity Park.

Matt Ainsley, market strategist for Eco-Counter, said a counter can be customized and ready for installation eight weeks after receipt of an order. “We are proud to be working with Greenville and can’t wait to see what they will do with the data,” he said.

Where else in the world are Eco-Counters being used?  Worldwide, there are 363 counters and the closest ones to Greenville are in Charlotte, where a pair of counters logged an average of 390 bicyclists per day through the first eight days of June.  Go check out Eco-Counter’s interactive world map to see any counter in the world.  By the way, the busiest counter in the world is in France, on Boulevard de Sébastopol in the heart of Paris, where more than 1.3 million bikes were counted between January 1 and June 9. 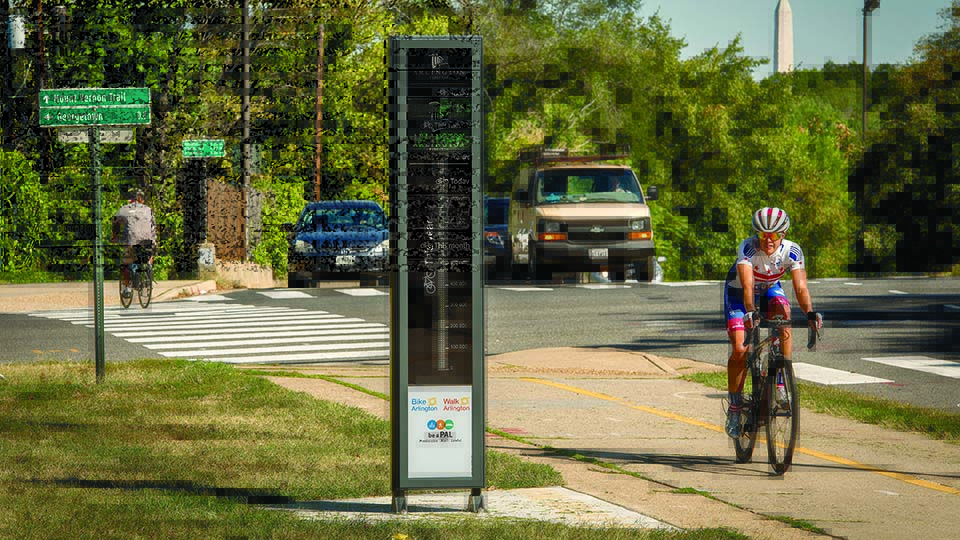 How to use the data? The New York City bike counter twitter account gives updates on its counter for the Manhattan Bridge, which is seeing 5,816 average daily trips, year-to-date.  In 2019, there were 4,320 average daily trips on the bridge. In Jacksonville, Florida, the Northbank Riverwalk has one counter in operation but the city has ordered six more.

One of the allures of real-time data is in its name. Technology economists love the word ‘real-time’ because it must be better than ‘past-time,’ right? I imagine the counter will be a great novelty (and a great selfie opportunity!) But, the importance of the counter will be in its ability to provide annual, aggregate numbers — numbers which in turn will be helpful as the city continues making national news as a quality-of-life destination. So the numbers do matter— and we need to start counting.