The Pavilion Recreational Complex will reopen Oct. 28 after closing more than seven months ago for $4.5 million in renovations, which added 8,000 square feet to the facility.

Included in the project was an expansion of the entrance area with new signage and coverage to protect people from the weather, a renovated lobby, a new hockey pro shop, five new locker rooms, additional office space and permanent bleachers installed at the ice rink.

“The main reason renovation was done was for [the] ice rink locker rooms,” said Pavilion facility manager Jai Gilliland. “Each section has two locker rooms adjoined by a shower and restroom. Locker rooms were needed because it’s just following SafeSport, which is through our USA Hockey [and] U.S. Figure Skating [affiliations]. We needed to follow those guidelines and needed to have locker rooms. With the SafeSport, even just programming, you had to have locker rooms.” The U.S. Center for SafeSport is an independent organization focused on ending all forms of abuse in sport.

Prior to the renovation, hockey players changed clothing in corners partitioned off near the rink.

During the closure, the Pavilion also redid the netting, insulation and floor coverings in the in-line rink, which is used for sports such as volleyball, indoor soccer, lacrosse, roller derby and roller hockey. In addition, the Pavilion added two scoreboards and updated the HVAC in the space.

Other upgrades to the facility include ADA-compliant restrooms on both floors, a ramp in the ice rink bleachers for accessible seating, an updated concession area with a workstation and a new roundabout in the entrance for all users to come through.

Similar to many other facilities, the Pavilion is making modifications due to COVID-19. For example, the 7,000-foot bounce house area will not be available upon reopening due to sanitation concerns, Gilliland said.

“When we feel comfortable that we can open it up and have it properly sanitized and properly manned, then that’s when we’ll do it,” he said. “So, we’re kind of playing it by ear and seeing how the numbers look and how to follow the guidelines from the CDC and the governor’s executive orders. We’re hoping by the first of the year, but we don’t have a date set yet.” 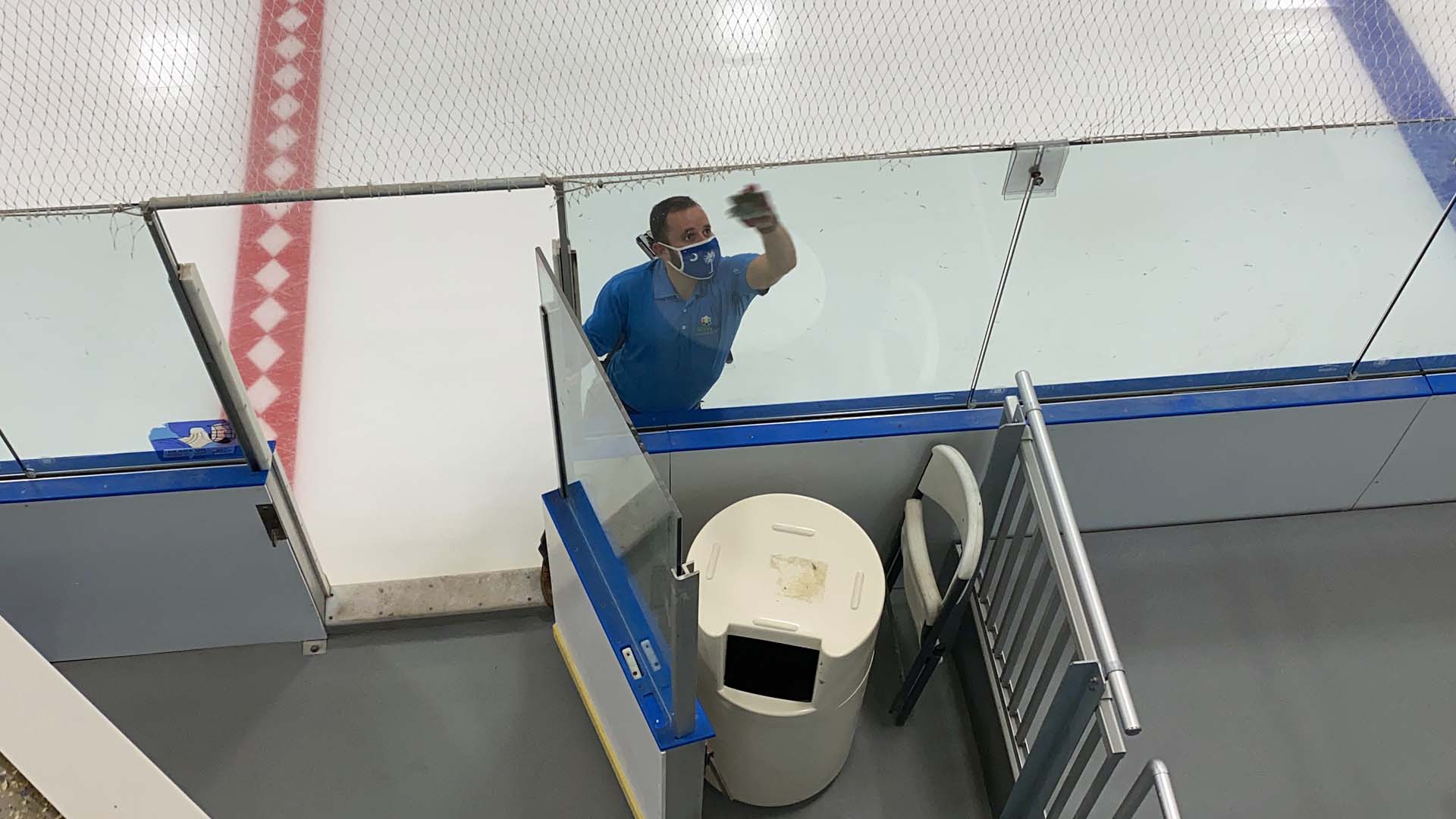 While the bounce house is a popular attraction for the facility, Gilliland said closing the area may be an advantage since the state is only allowing public event spaces to have 250 people, including staff, inside at a time. The Pavilion is also working to help reduce the spread of COVID-19 by allowing only one spectator per participant in the facility, requiring anyone not actively participating in a sport to wear a mask, placing social distancing markers on seats and installing plexiglass partitions between employees and visitors at counter spaces.

With these safety measures in place, the facility will resume activities such as table tennis and youth hockey upon reopening. Curling, badminton and adult hockey will return in the coming weeks, and the Pavilion will welcome the Greenville Swamp Rabbits back to the ice once the hockey team’s practice schedule is established.

Prior to this year’s closure, the Pavilion previously underwent a $1.6 million renovation in 2016 to upgrade the ice.