Ice is the defining line between those who want to fish and those who do.

When the air temperature is hovering in the upper teens and the stream is just above the freezing mark most people are home snug in their beds; most people with common sense, at any rate.

But fly fishermen have never been known for their superabundance of sense, or caution. And the idea of catching a fish is actually gravy with those fishermen of the die-hard variety and for those who want to be that way.

So it was with Greg Beckner on his first foray onto a river during the brutal cold snap following the Christmas Day snow in the Upstate.

“We’ve got to be nuts,” he said, shivering in the 18-degree air as weak early morning sun winked at us through massive pines and hardwoods at a trailhead leading in to a very remote section of the Chattooga.

A couple of cups of hot coffee to fortify and we were off.

One of the ways to tell when it’s brutally cold in the high country of South Carolina is to notice the rhododendron leaves. They roll up like scrolls when the temperature starts dropping into the nether regions below 20 degrees. There was no way to tell what the actual temperatures were in the coldest hours before dawn, but the rhododendron said it was probably hovering around single digits.

The leaves were rolled up tight and nearly black, almost dead looking, as we trudged through surprisingly fluffy snow.

By this point the snow in the lower regions had started melting and refrozen at least twice. Not here. A few inches of powder coated the trail and weighed the under story growth down into lumpy snowmen.

The hike was uneventful, save for the difficulty negotiating a tiny side trail deep in snow and leaf duff. This was a good place to turn an ankle, or twist a knee.

As we dropped down to the river the sun finally crested the ridgeline behind us and lighted the Georgia side of the river in a warm orange glow.

It looked warmer than it was as we changed into waders and boots at a little-used campsite far from the idea of hikers and casual fishermen.

If any trout were to be taken this day it would be in those magical few hours when the sun touched the river and raised the water temperature by a few tenths of a degree.

We broke the inch-thick ice along the bank and inserted a small stream thermometer. It read 33 degrees after a couple of minutes.

Greg’s quizzical expression said it all. Bathed in the warm reflected glow of Georgia the river flowed like oily syrup between snow and ice-covered boulders.

“Catch a fish, or not, at least we’re out here,” he said. “That’s the important part. This place is gorgeous.”

Working our way downstream through a mass of snow-covered laurel and undergrowth, one of the lumpy snowmen reached out and yanked a foot from beneath me.

It’s hard to maintain dignity as the senior fisherman when you’re facedown in several inches of frozen precipitation. To Greg’s credit he didn’t laugh.

In the river it was quickly apparent this was not going to be a banner day for numbers of fish caught. The second cast brought the fly back coated in ice and the frigid rod guides needed clearing every third cast.

I was sitting in the sun on the Georgia bank when Greg finally hooked up with a fish. He’d found a spot where a spring fed up into the river from the bottom. This was a spot where the water temperature was perhaps a couple of degrees warmer than the rest of the river.

A foot-long brown posed against a snowy background is the Kodak moment; Greg joining the ranks of hard-core fishermen is the memory. 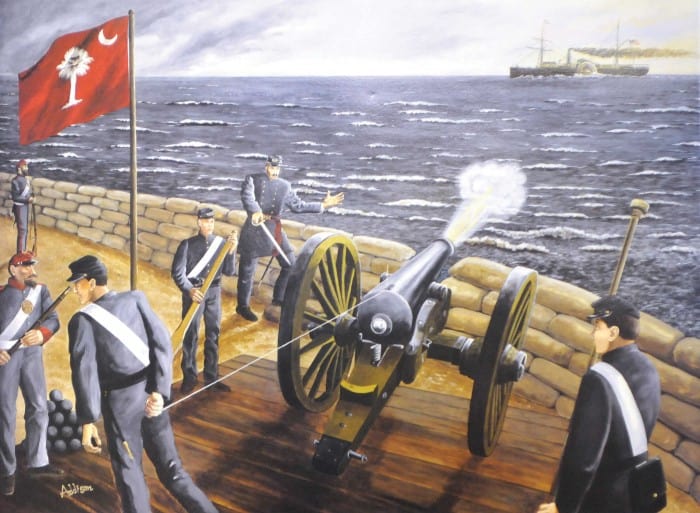 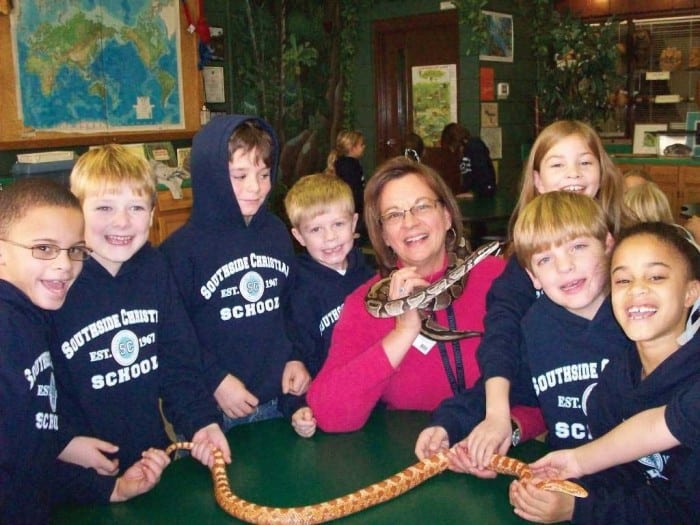 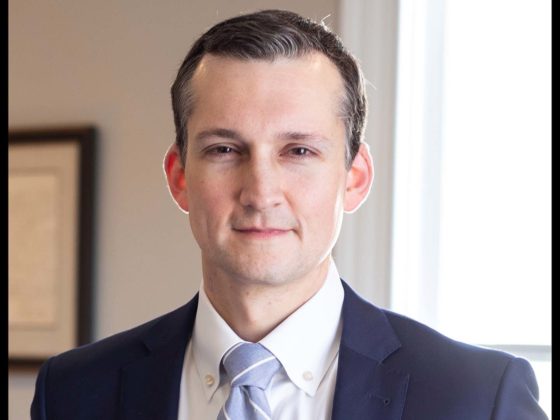 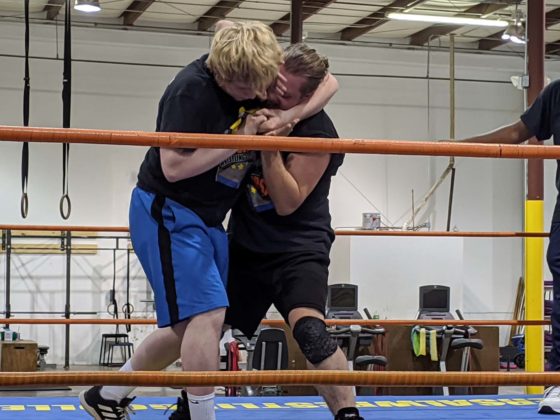