In support of the Cancer Survivors Park, the Greenville Swamp Rabbits will have a Stick-It-To-Cancer game presented by Bon Secours St. Francis on Feb. 10 against the Orlando Sun Bears.

In 2015, the Swamp Rabbits pledged to donate $50,000 to the park over the next three years. As part of this commitment, a portion of proceeds from tickets sold for the Feb. 10 game will support the Cancer Survivors Park. Players will wear special jerseys for the game that will be given away via live auction after the match. Those proceeds will also go toward Cancer Survivors Park.

“The ‘Stick-It-to-Cancer’ game is not just a hockey game,” said Chris Lewis, Swamp Rabbits president, in a press release. “Cancer has touched the lives of just about everyone in our organization, and this is an initiative and project that is close to the hearts of our players, coaches, and staff. It is a privilege to join our fans, partners, and the community at large in the effort to complete this project and provide a community space that will be focused on helping and healing the thousands of people in our community who have had their lives affected by this terrible disease.”

Kay Roper, executive director of the Cancer Survivors Park Alliance, said the partnership with the Swamp Rabbits “is a true testament of the team and fans’ commitment to honor and serve those who have battled cancer and their families, friends, and loved ones who have been touched by cancer.”

The Swamp Rabbits are encouraging additional community support by setting up a crowd founding campaign via Fan Angel, an online sports fundraising website. The page, which currently has a $10,000 goal, allows fans and the community to either donate or pledge money based on the team’s goals and saves this season.

Additionally, during the month of February, fans that attend home games can participate in the Chuck-a-Carrot program, which will help support both Cancer Survivors Park and other local organizations committed to the fight against cancer. Fans can make a monetary donation on the concourse in exchange for several foam carrots, which are thrown onto the ice during the second intermission period. 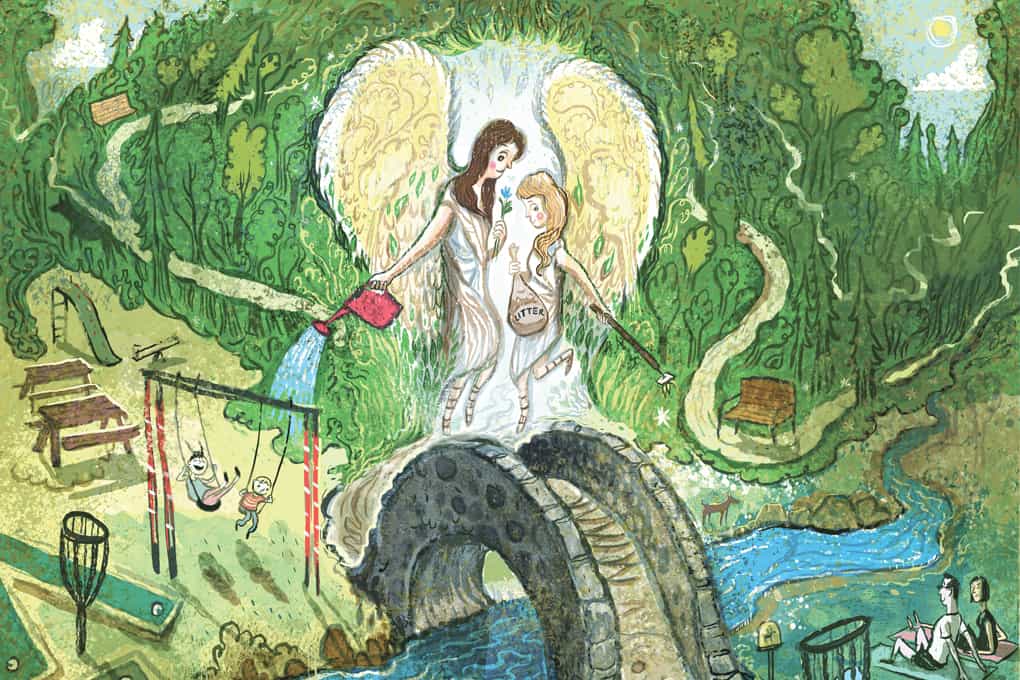 Private money may be the key to saving Greenville’s parks