On Thursday, June 30, nine individuals graduated from the 13th Circuit Drug Court Program during a ceremony at the Greenville County Courthouse.

It was a night of both celebration and reflection, according to Rep. Trey Gowdy, the ceremony’s guest speaker. He told the graduates to celebrate their accomplishments but asked them to reflect on what brought them to drug court and what they will do with this new chapter in their lives.

“We’re a society that believes in second chances,” Gowdy said. “The real question for us is what are we going to do with those second chances.”

Drug court is a diversionary program within the criminal justice system that offers an alternative for nonviolent offenders whose crimes are results of their drug addiction. The National Drug Court Resource Center reports that there are 1,538 adult drug courts in the United States as of June 2014. The first drug court began in Miami-Dade County, Fla., in 1989, according to the National Association of Drug Court Professionals. 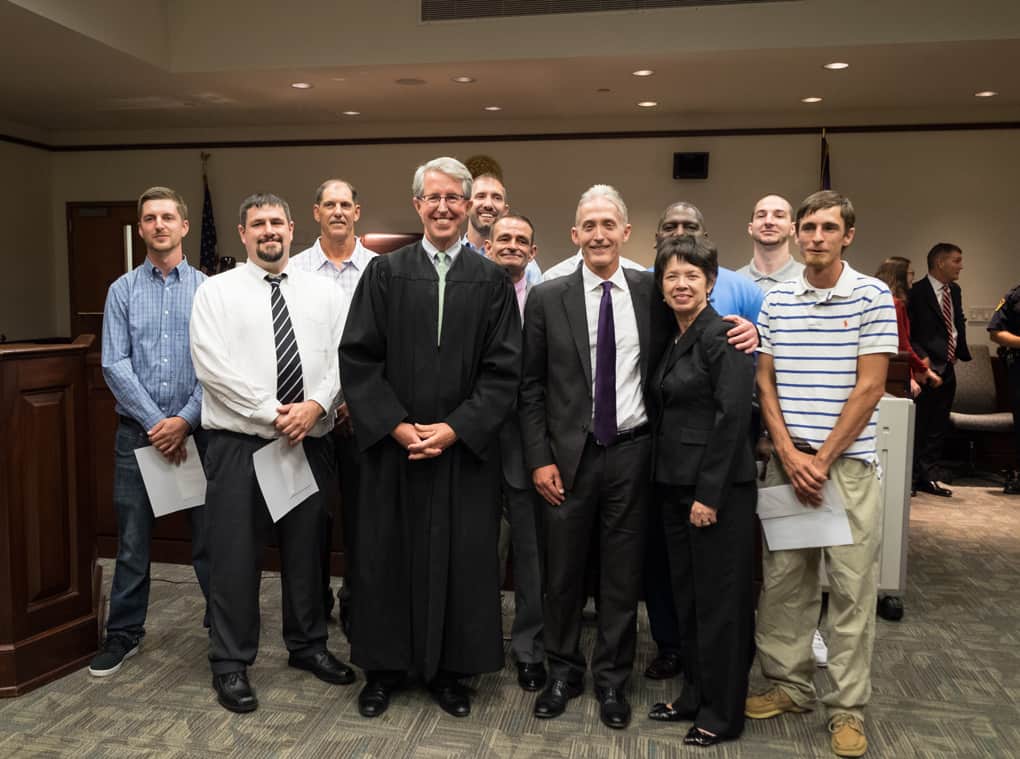 The 13th Circuit’s 18-month program consists of a year of weekly outpatient counseling, 18 months of case management, random drug testing and frequent court sessions to monitor progress and maintain accountability. The application fee is $100, and each participant must pay $25 per week. All participants must be employed throughout the length of the program.

Defendants who wish to participate in drug court must plead guilty and are sentenced. The judge suspends or transfers the sentence to the drug court program. If drug court is completed successfully, the sentence is satisfied. Failure to follow requirements could lead to longer treatment, community service assignments or jail time. Consistent noncompliance results in termination from the program. If a defendant fails to complete drug court, he or she will complete the sentence within the S.C. Department of Corrections. 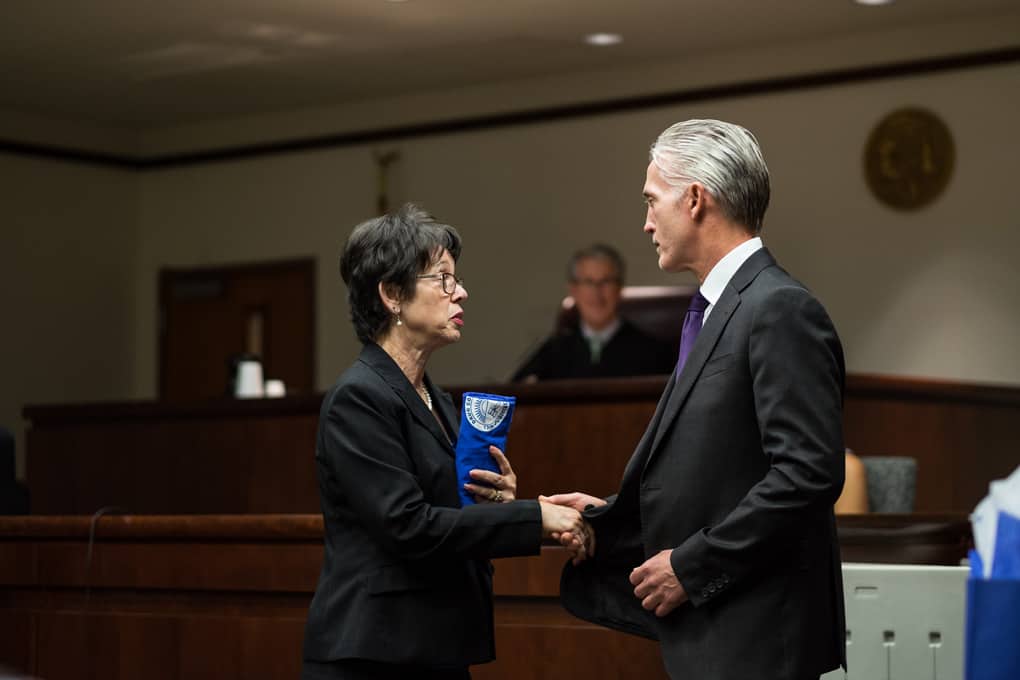 Greenville’s 13th Circuit Drug Court Program is now in its 16th year. The nine graduates are the program’s 52nd graduating class and largest in program history. The program has graduated 218 participants and terminated 203. At the ceremony, Pat Edwards, clinical director, said the nearly 54 percent graduation rate is “something we are all very proud of.”

Collectively, the graduates attended 2,300 support group meetings and took 1,200 drug tests during the duration of the program. They also have paid $5,300 in indictment fees and $14,800 in restitution.

Edwards said the nine graduates faced a combined 212 years in prison, which would have cost taxpayers approximately $32 million. In contrast, drug court costs approximately $2,500 per person per year. 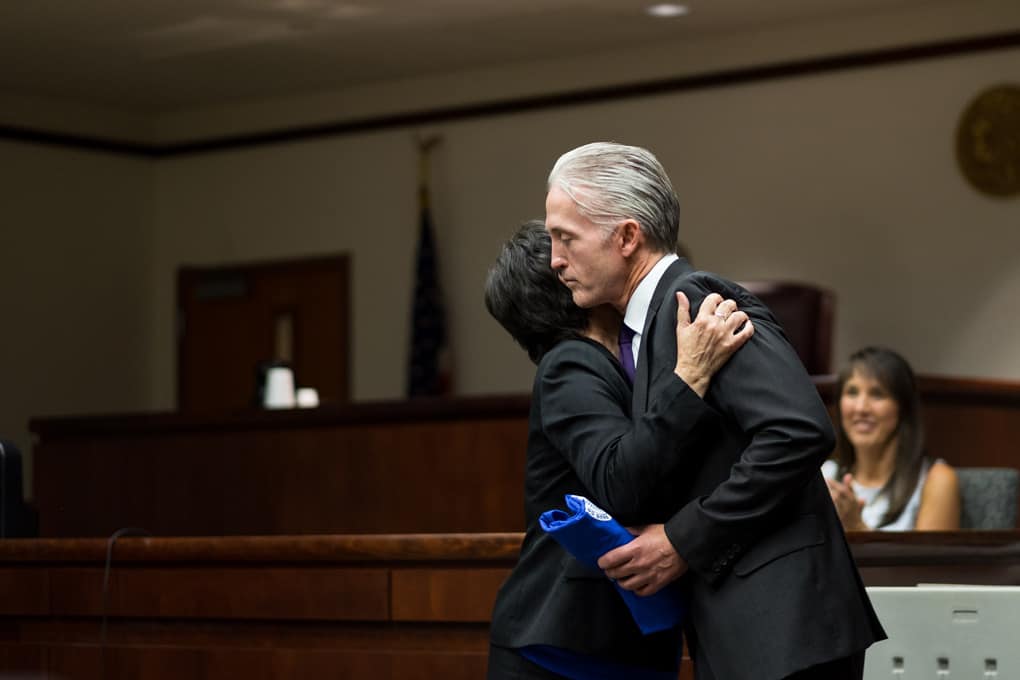 Recovery is a team effort

In addition to families and friends of graduates, drug court program staff members and representatives from supporting organizations were also in attendance.

“Drug court is not an easy task, and it does take a team to continue to support what we’ve done,” said Edwards.

Two members of that support team are Miracle Hill Ministries and FAVOR (Faces and Voices of Recovery) of Greenville. Miracle Hill is a nonprofit that provides shelter to the homeless and offers addiction recovery support for men and women, among other services. FAVOR provides those affected by substance abuse problems with the necessary support and resources to work toward recovery. The organization strives to mobilize and create a united network within the recovery community to give recovery “a face and voice” and change public perception and response.

During the ceremony, each graduate made a brief personal statement. Many thanked the drug court program and staff, Judge Charles B. Simmons Jr. and their friends and family. 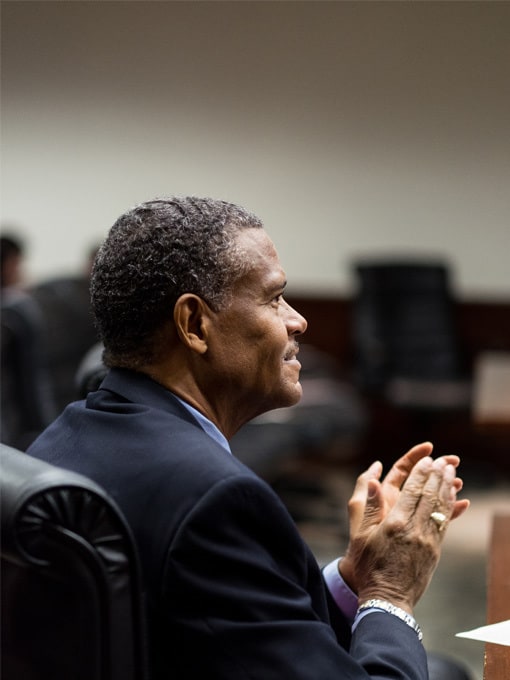 Phil Scheele thanked Edwards for introducing him to his “FAVOR family” and making him attend meetings twice a week. He credited his involvement with FAVOR for helping him complete the program.

“Actually, I started going to meetings so many a times a week that FAVOR put me on the payroll,” Scheele quipped.

One graduate, Steven Janes, used his participation in drug court to get involved in and give back to the community. 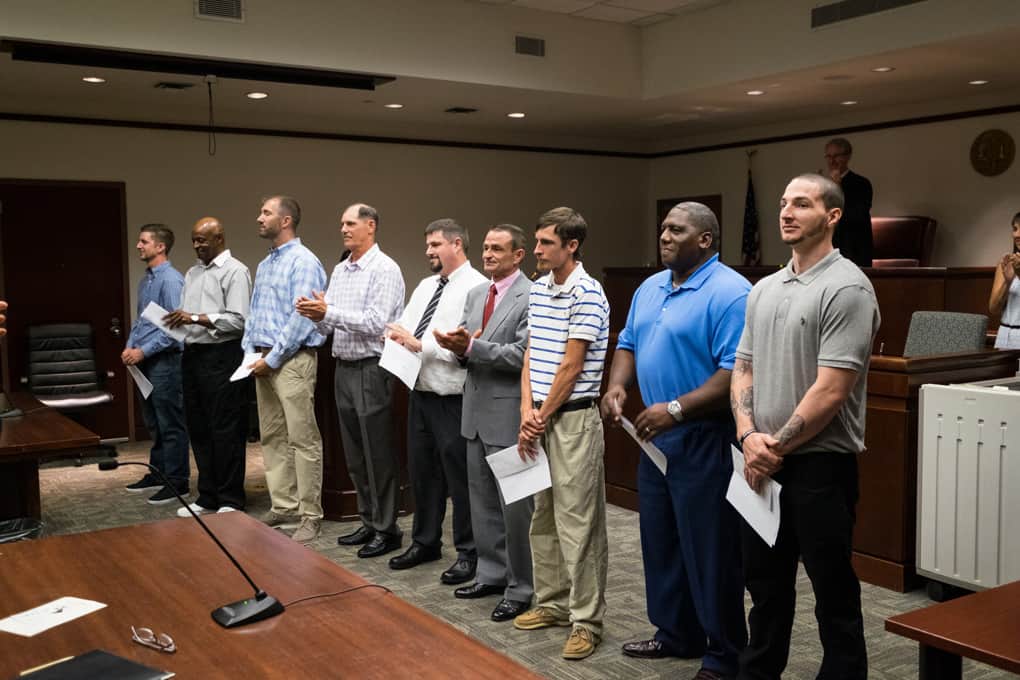 “I started off at Miracle Hill. I was there before, and I didn’t understand it,” Janes, who was once homeless, said. “And when I came back, they opened up their heart and opened their doors to me, and when I accepted the Lord Jesus Christ in my life, my whole life changed. So I just want to thank everyone from Miracle Hill, and I want to thank everybody in the program.”

“Steven was one of the people who put a face — a positive face — on what these programs can do,” said Edwards regarding Janes’ work in the community. “And he has represented himself so well that he is now employed by Miracle Hill.” 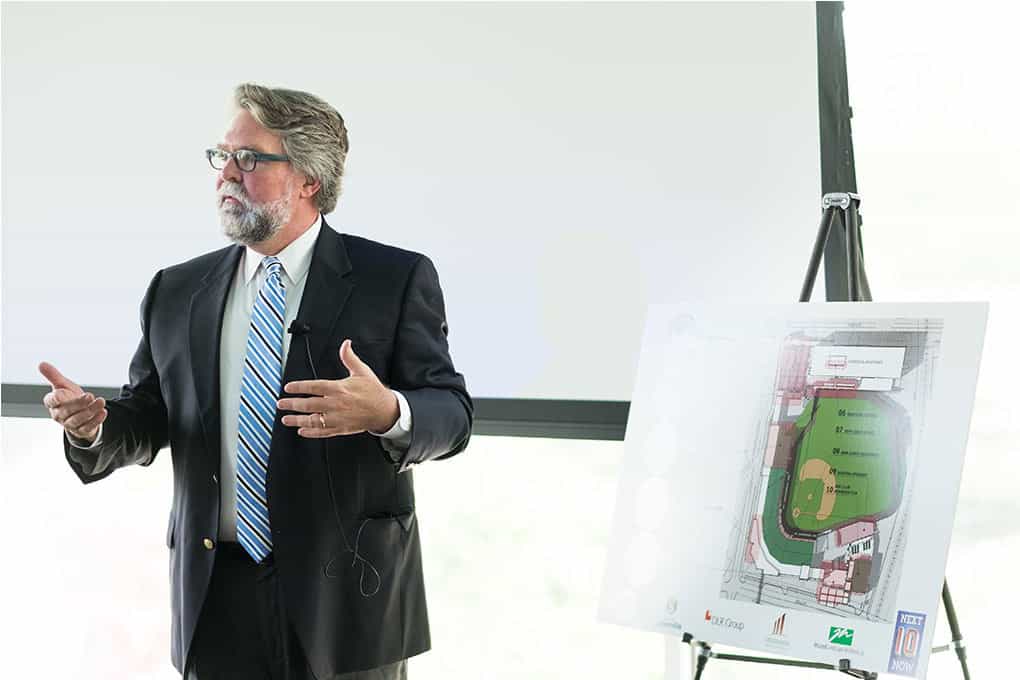 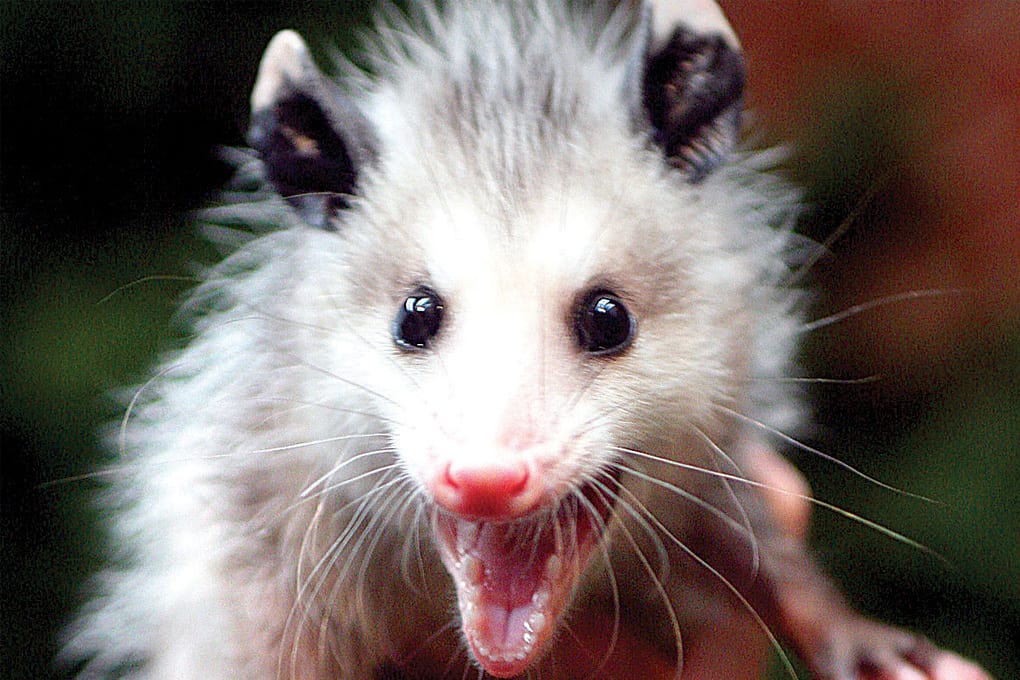 Getting to know your wildlife neighbors can help prevent problems 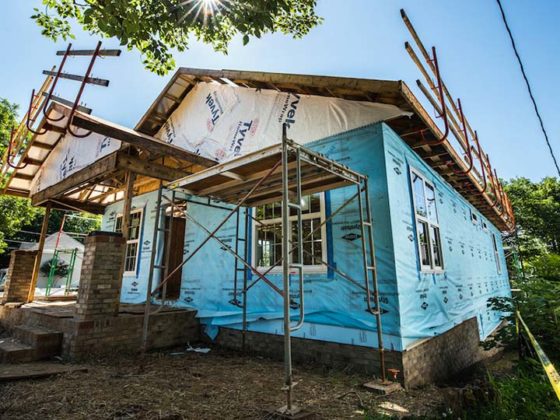 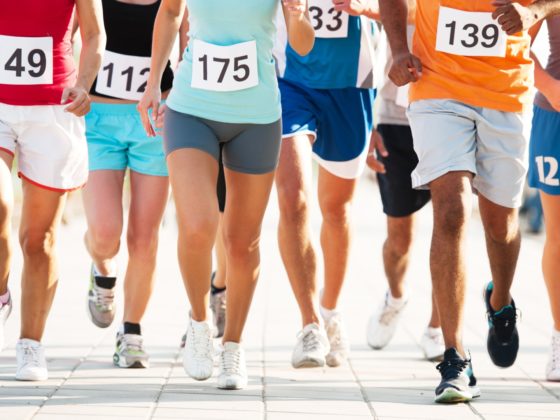