And that’s just the living room. 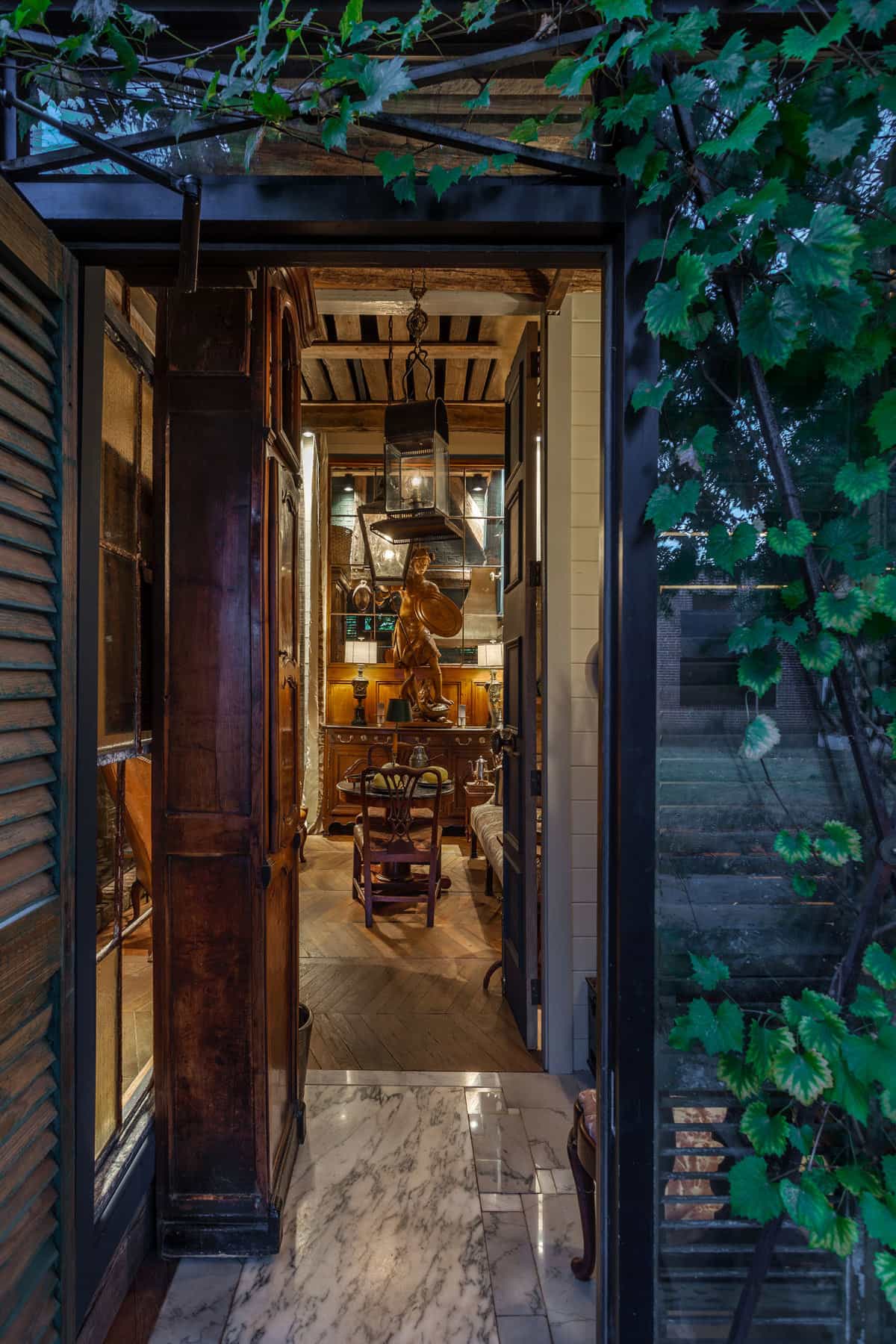 Barry McElreath and Bill Bates, partners with Carol and Tom Kilby in The Rock House Antiques, have been a design team for the better part of 25 years. Their history with the mill’s pump house spans back even further than their design business: The house sits behind an old cotton mill—a mill Barry McElreath worked as a teenager, and helped close down in the late 1980s.

The shell has since been scooped out and made into respectable condos, but the team saw the most potential languishing quietly behind the main attraction.

When McElreath and Bates first got their hands on the decommissioned pump house, they were working with the bare minimum. Just four brick walls that extended two stories upwards, and not much else. It was this challenge that attracted them to the project, a challenge that the two had taken on many times before. Bill Bates described their work as taking “an unexpected rehab project”, and providing it a sort of micro-renaissance— working the bones of a neglected space into a warm, inviting home.

“What we’ve accomplished with this particular space,” McElreath says, is “working with making it the best of what we have and what we can find.”

It proved to be a perfect opportunity to mix craftsmanship with efficiency—both of space and value. An entire second floor was constructed from scratch to provide a sleeping area, bathroom, mini kitchen, and an outdoor A marble countertop, a hammered copper sink, Haint Blue painted cabinetry, and a collection of copper and space.

Everywhere you look, there are at least ten points of fascination. Antique dog collars, copper pots, myriad portraits—to the layman it can seem almost chaotic. However, as one peruses the endless landscape of paraphernalia, it becomes more and more clear that nothing here is by accident. There are no mistakes in the pump house. Everything was specially selected for its historical and aesthetic interest. Says McElreath: “The work is not half bad for the school of smoke and mirrors.”

Shockingly, the taste on display is not indicative of great monetary expenditure. Even the building materials themselves are mostly reclaimed. Tree bark lines the ceiling upstairs, wood from the mill sturdies the downstairs, and the marble kitchen floor came to them free from a local supplier—polished and assembled in asymmetrical patterns as though working through a dazzling jigsaw puzzle. It’s almost impossible to imagine this amount of design came on a budget.

Similarly budgeted is the space itself. While walking through the halls, and looking into the “beds in the walls,” one may think the designers took on a “Tiny House” project that is so on-trend these days. Not true.

The duo simply set out to make the most of what they had, and managed to stock an artistic endeavor with a mind-boggling amount of function. Quarters are close, but this home’s features are as robust as any other. Every nook, every alcove is put to use—sinks and fireplaces seem to be everywhere. A decorative wooden panel under the staircase swings open to reveal a complete, if tiny, office. And a thin strip of the top floor is dedicated to a seated balcony, where one would imagine Bates having his morning coffee with Albert the cat.

McElreath and Bates deal in all brands of interior design—from French-inspired, all the way to cool modernist surfaces. The pair’s aesthetic really runs the gamut. But to enter the pump house project is to see the soul of the team. It may at times confuse the eye, but such is the essence of art—a singular vision that exposes the heart of the artist. 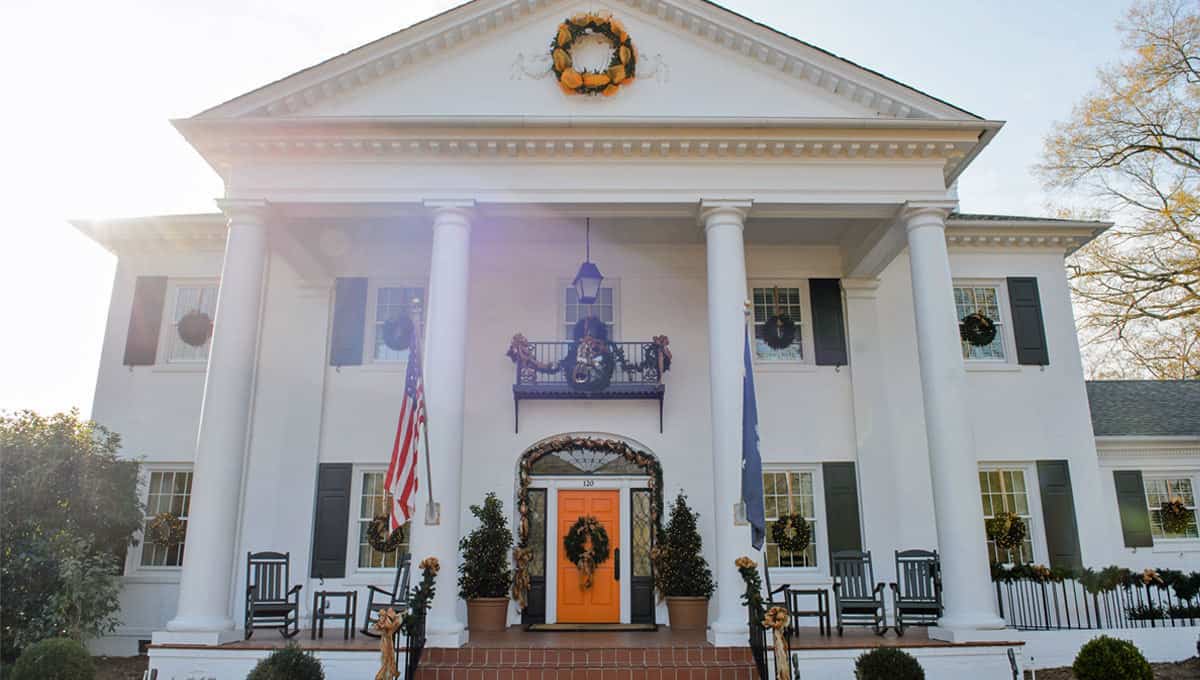 Behind the Orange Door 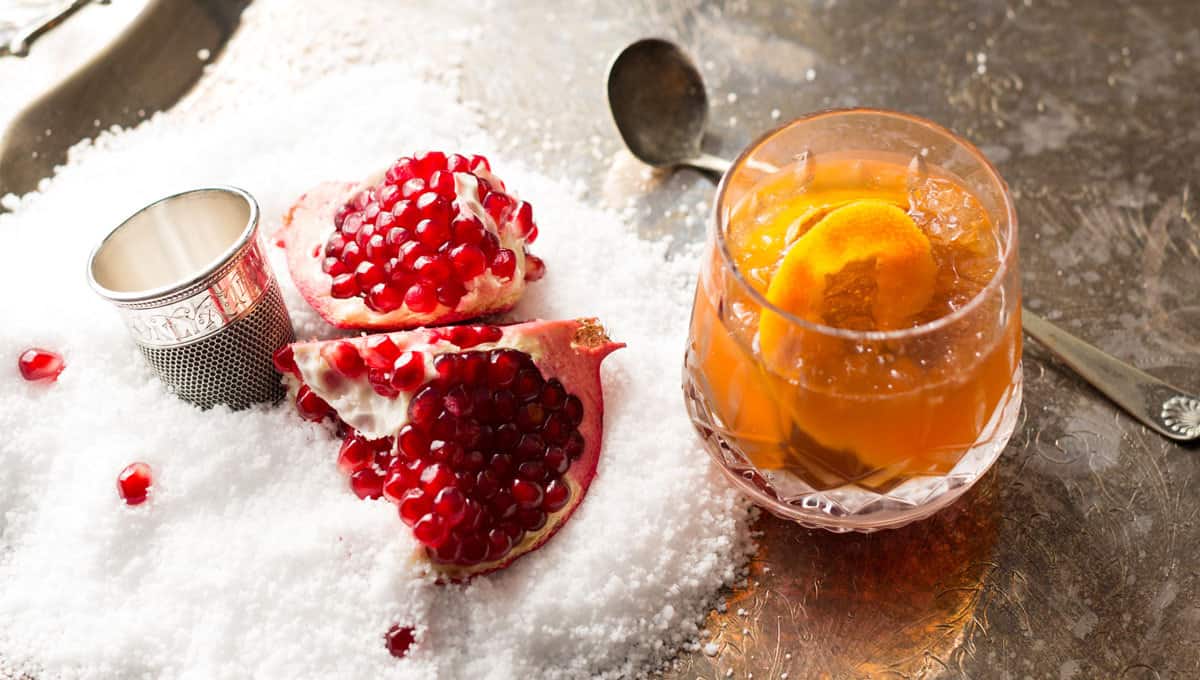