“If you know anything about real estate and affordable housing, you know it’s not cookie-cutter.”

That’s the assessment of Bryan Brown, who serves as president and CEO of the Greenville Housing Fund, the nonprofit organization launched two years ago to address the area’s housing affordability problem.

By “cookie-cutter,” Brown means that there is no single solution to the problem. In the eyes of those addressing the problem on the ground, increasing the availability of affordable and workforce housing will require a variety of approaches, with the city and county working alongside nonprofits and the private sector to find as many ways to meet the demand as possible.

So, rather than travel blind, Brown and other stakeholders decided to come up with a plan.

Released in September by the Greenville Housing Fund in partnership with the Greenville County Redevelopment Authority (GCRA), the “Affordable Housing Strategic Plan” lays out a roadmap for where Greenville wants to go with regard to affordable housing — and how it plans to get there.

Conducted in partnership with Thomas P. Miller and Associates, the plan found Greenville County will need to produce 10,000 new affordable units and preserve 3,000 more over the coming decade.

“Fair warning, this is an ambitious but realistic plan,” said the introduction to the plan, which was penned by Brown and John Castile, executive director of the GCRA. “[But] without a sound strategy and a clear commitment, the affordability issues of today will grow and become more costly to resolve.”

Here’s how they hope to solve that affordability issue. 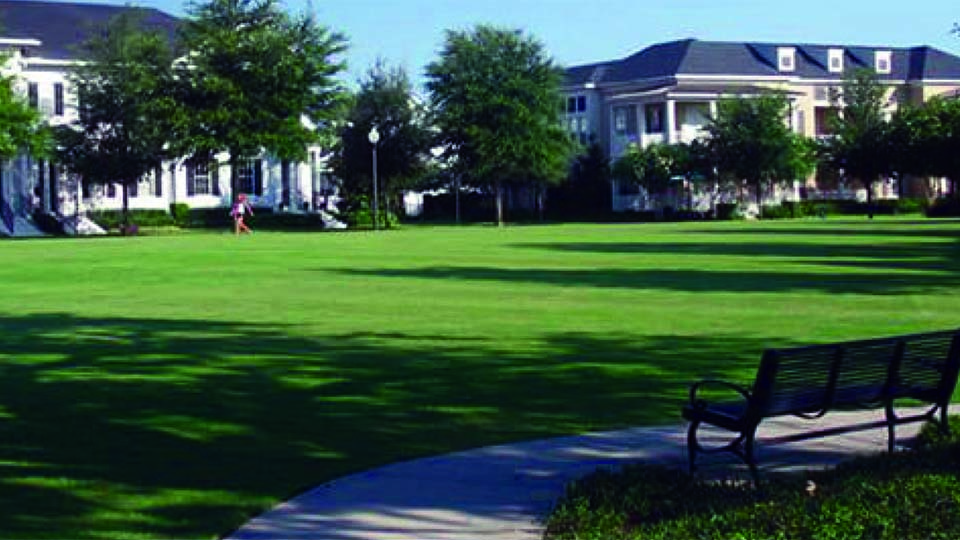 In the affordable housing world, so to speak, there are properties that are referred to by the Biblical name of NOAH.

This has nothing to do with an ark, however. Instead, NOAH is an acronym that stands for “naturally occurring affordable housing.”

“We’re talking about looking at the existing housing stock in the city and county and preserving as many of the affordable units as possible,” said Matthew Reuff, director of economic development and community resiliency with Thomas P. Miller and Associates.

What’s happening nationwide now, and especially in Greenville, is developers looking to snatch up such properties, fix them up and drastically raise the price point.

“If they can find it, put a little money in it and then double the rent, that’s a huge incentive for them,” Brown said. “They’ll stop taking rental vouchers in many cases, and then those affordable units are gone entirely.”

Related: City and county team up to tackle affordable housing in the coming decade

The goal, then, is to identify and invest in such properties and improve them to market-rate quality but keep the price point low enough to meet affordability needs.

Compared to building out an entirely new development, these fix-up jobs are a far cheaper and faster means of providing affordable units, and can be applied to properties such as old apartment buildings and old motels, among others.

The primary goal when it comes to producing more affordable housing is to leverage private resources to meet the need, Brown said.

In Greenville’s case, given the unmet and new demand, the best method is to focus on large-scale multifamily developments with private-sector developers.

“The reason the private sector is interested in working with us on these affordable housing strategies is, for one thing, it’s good for the community,” Brown said. “But from a financial perspective, it’s good for business. In other words, we need to do good work but also need to understand what the market returns need to be in order to attract the private sector.”

One such developer that recently partnered with the county to provide affordable housing is Lighthouse Living. Its project, The McClaren, a nine-story complex overlooking Academy Street at the corner of Rhett and Wardlaw Streets, will offer 20% of its units as affordable housing.

“Otherwise it would be really hard to get people to work there, because they wouldn’t be able to live there,” Mann said. “You’re talking about firefighters, teachers, policemen, nurses, restaurant GMs, waitstaff, college grads starting out. They’re not going to want to constantly commute in, and if the only people who live there are the ones who make a lot of money, who’s going to take the jobs that support that hyperlocal economy?” 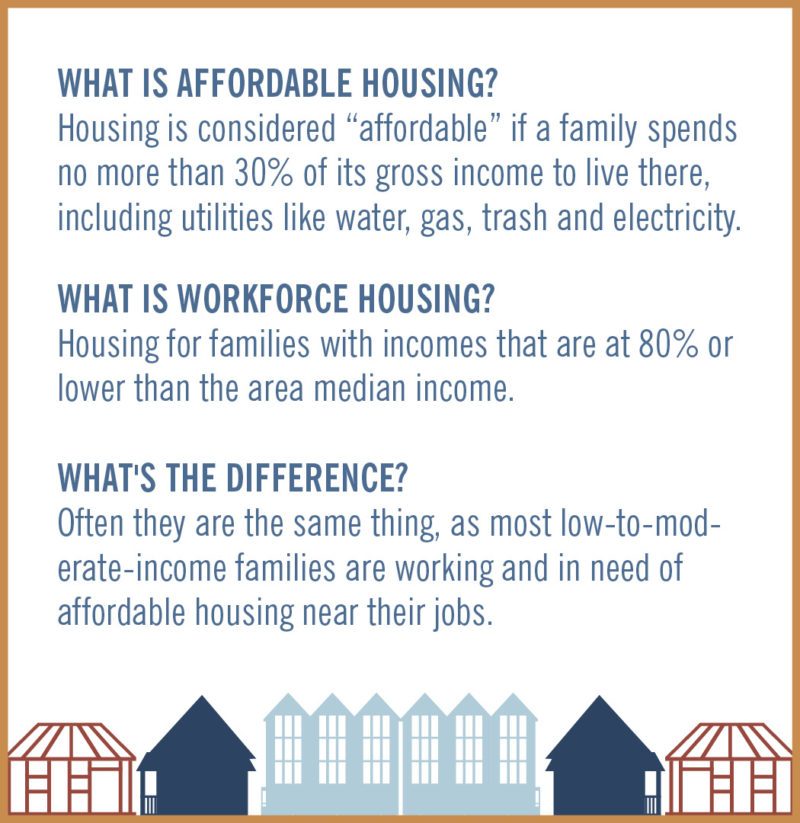 To help provide market returns to developments with affordable units like The McClaren, the city and county can utilize “housing tools” that might not otherwise be available to a strictly private sector developer.

In the case of The McClaren, the county was able to provide a special source revenue credits to reduce property taxes for a negotiated period, with Lighthouse agreeing to provide affordable units in exchange.

But Brown said financing is just one of numerous ways to spur creative partnerships, mutually beneficial scenarios and incentives to get the housing produced.

Not every location is suitable for affordable housing, however, especially if land value is too high.

“Obviously the higher the land value, the harder it is to make affordability pencil out in terms of making a real estate transaction work,” Brown said.

But on the flip side, affordable housing should be developed in a variety of neighborhoods, whether that be urban, suburban or otherwise.

“Having diverse affordable housing options through the salary spectrum is truly important for a sustainable community,” said John Castille, executive director of the Greenville County Redevelopment Authority, during a meeting in October.

Part of what the Greenville Housing Fund does is operate a land bank, looking for strategic parcels to acquire and possibly use as an equity contribution into a partnership structure that makes affordability work.

“That’s an example of where we had acquired some vacant land, and the developer had acquired some additional land, which we combined for this project,” Brown said. “It’s a great site, right on the doorstep of downtown.”

Designed to be a rental community with a blend of 2- to 3-story townhomes and 1- to 3-bedroom apartments, a full 25% of its units are planned to be reserved for affordable housing. Entering into ownership agreements for such developments can help assure affordable housing in perpetuity, Brown said, as opposed to a deal that expires in a set period of time.

In a proposal to the city’s Board of Zoning Appeals, Saint Capital said The Mosaic at West End aims to be “an example of how vacant and underutilized land can be transformed into a collaborative development that both accomplishes the goals of private development, protects against the loss of affordable housing, and even increases it.”

Brown said any property that is produced or preserved as affordable housing should contribute to the neighborhood, its quality of life and its condition.

“When you include affordable housing in a development, nobody should be able to point to any one door and say, ‘That’s the affordable unit,’” Brown said. “If that’s happened, we’re doing it wrong.”

Despite the challenge ahead of them, Brown and other local stakeholders are confident Greenville is well positioned to meet the need.

“One of the things you can say about Greenville is we are a very inclusive community, one that embraces the notion of public-private partnerships,” Brown said. “That’s really what we’re talking about here. It’s all about the kind of partnership efforts that meet community needs while honoring the financial interests of our partners.”

The strategic plan has set a 10-year deadline, and even though Brown can’t predict the future, he is confident about one thing.

“Inaction results in a bigger problem to solve,” he said. “So the more we do now, the more we help ourselves avoid bigger issues in the future.”

What is affordable housing?

Housing is considered “affordable” if a family spends no more than 30% of its gross income to live there, including utilities like water, gas, trash and electricity.

What is workforce housing?

Housing for families with incomes that are at 80% or lower than the area median income.

Difference between workforce and affordable housing?

Often they are the same thing, as most low-to-moderate-income families are working and in need of affordable housing near their job.

Before COVID-19 hit, Greenville had more than 50,000 “cost-burdened households,” or households that spend more than 30% of their total income on housing. 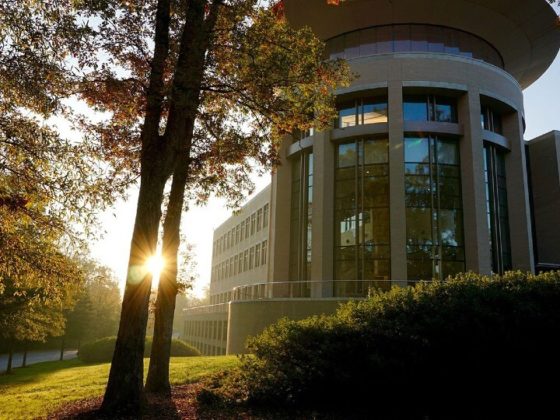