When big-box stores like Blockbuster and Hollywood Video shuttered with the rise of streaming services, Family Video endured. Until now.

The store’s parent company, Highland Ventures Ltd., announced on Jan. 5 that it is closing all Family Video locations. In a letter to employees and customers, Keith Hoogland, CEO of Highland Ventures, said the impact of the pandemic on foot traffic and lack of new movie releases has “pushed us to the end of an era.”

“What began as a handful of 500-square-foot video rental locations grew to 800 locations with up to 7,000 square feet of video rental and retail. Surviving 10 years longer than the Big Three — Blockbuster, Movie Gallery and Hollywood Video — we were among the few that started with Beta, moved onto VHS and remained a part of the DVD and Blu-Ray Era,” Hoogland said.

Family Video had been in business for 42 years and at one point employed 10,000 workers, according to Hoogland.

“I am extremely thankful to our employees and customers that were instrumental in Family Video’s success. Without you, we would never have been the last man standing in our industry,” he said.

Hoogland added that the company will remain tied to its communities through its commercial real estate division.

The Mauldin location will officially close once it sells everything in the store down to the shelves, countertops and security system, according to store employees.

The store will be open from noon to 8 p.m. every day until it closes. 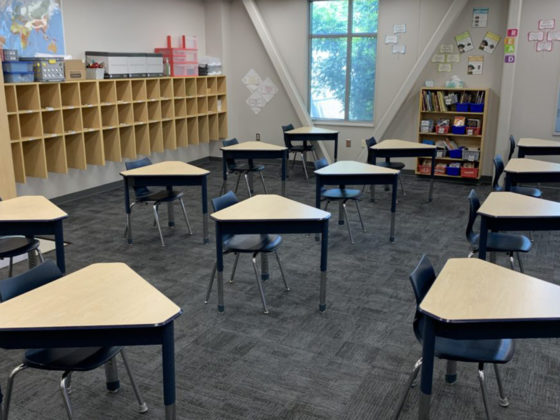 Greenville County Schools work to keep teachers in the classroom