The 2020 Nissan Frontier was also sponsored by Wells Fargo and Benson Nissan of Easley.

“I’m excited to be here today on behalf of Military Warriors Support Foundation to honor one of our nation’s combat-wounded veterans,” said Sandy Ignaszewski, director of transition and mentoring for the Military Warriors Support Foundation. “The payment-free vehicle being awarded today is just one way we can show our gratitude to our nation’s heroes. We are thrilled to be able to continue working with organizations like Wells Fargo and Benson Nissan of Easley through our Transportation4Heroes program and continue serving more veterans like Sgt. Odom.”

In addition to the vehicle, Odom will receive one year of family and financial mentorship, which may help him transition from military to civilian life.

Odom joined the military in 1999 through a youth challenge academy when he was 17. He served in the Marine Corps as a squad leader and acting Platoon Sergeant, touring with the 31st Marine Expeditionary Unit throughout Japan, Guam, Australia and Iraq.

After serving nearly four years, he was honorably discharged from service in 2003. During his military career, he received awards for his service and bravery, including a Navy Achievement Medal with Combat Valor, Combat Action Ribbon and Marine Corps Good Conduct Medal. 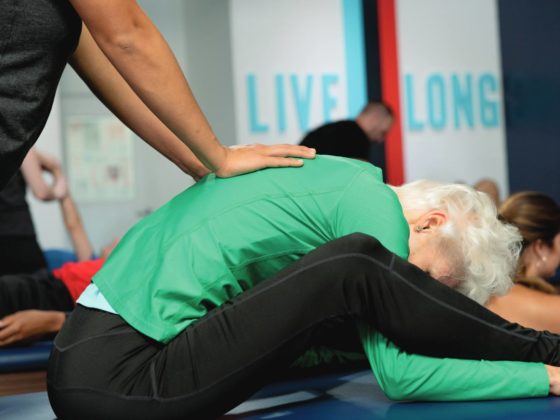 Keeping seniors active may be a ‘Stretch’