One day in 1970, a 20-year-old Fountain Inn man named Frank Hayes walked into a Kmart on Wade Hampton Boulevard, hoping to make his dream come true.

“I asked for the manager and said, ‘Sir, I’d like to be your Santa,’” Hayes says, chuckling at the memory. “He said, ‘We’ve never had one,’ but he kept talking to me, and asked if I’d ever been Santa, and I said yes.”

Which was technically true, even if Hayes had never been a store Santa before.

“I started basically when I was 5 years old,” he says. “My sister was a baby, and my mama had a big old red coat. And I put that coat on, and I’d have this piece of white cloth. I’d tie it around my face and put on a toboggan and hold my sister, and she’d scream her eyes out!” 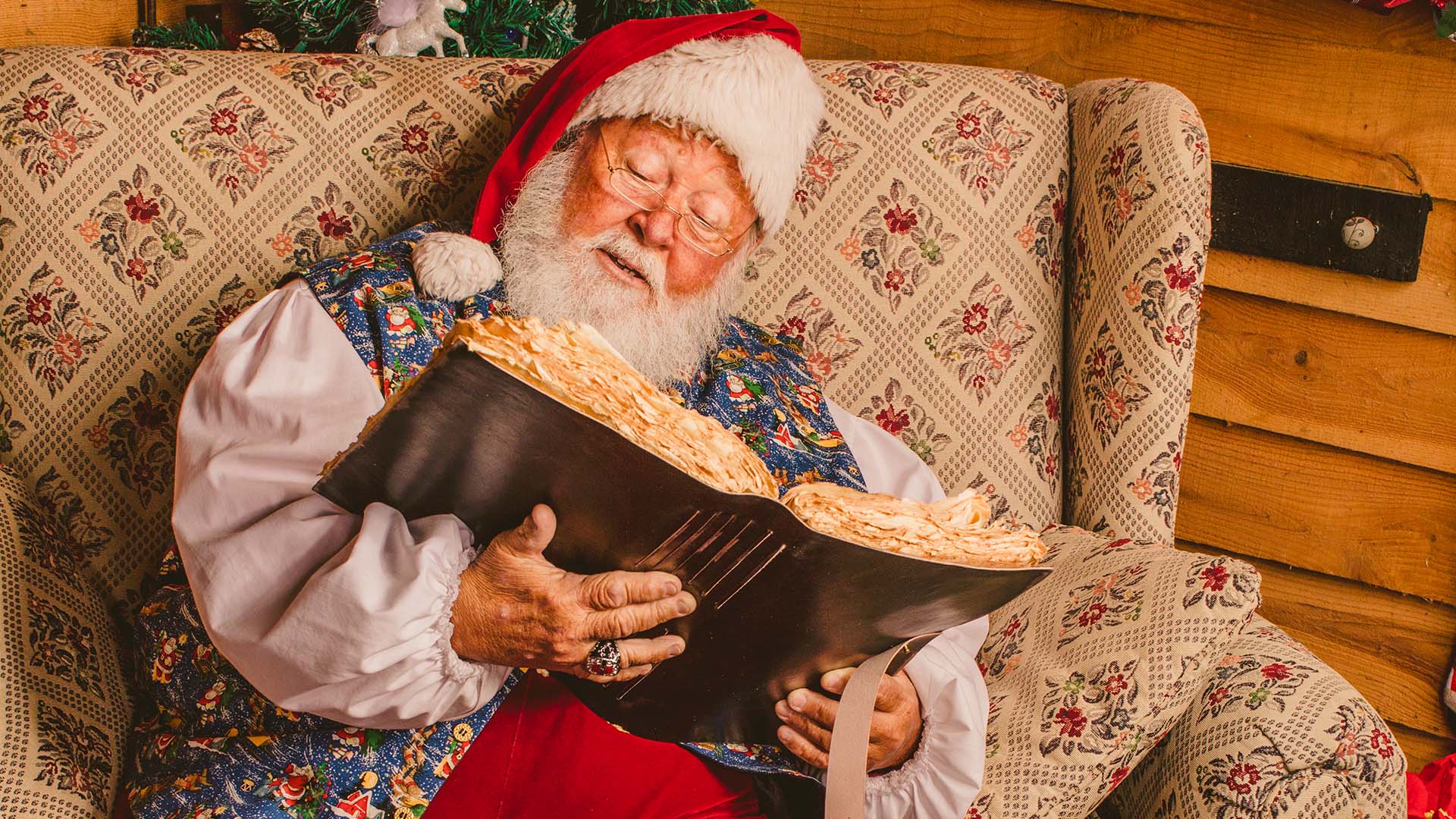 “If you believe, it will happen,” he says, “and I believed it at an early age.”

And so the Kmart manager decided to give him a shot.

“I didn’t even have a Santa suit,” he says. “I couldn’t grow a beard, but I didn’t lie; I had been Santa for my sister. All I know is he took me for my word, called me back the next day, said, ‘I think that’s a good idea; we’re gonna put you in our window.’” 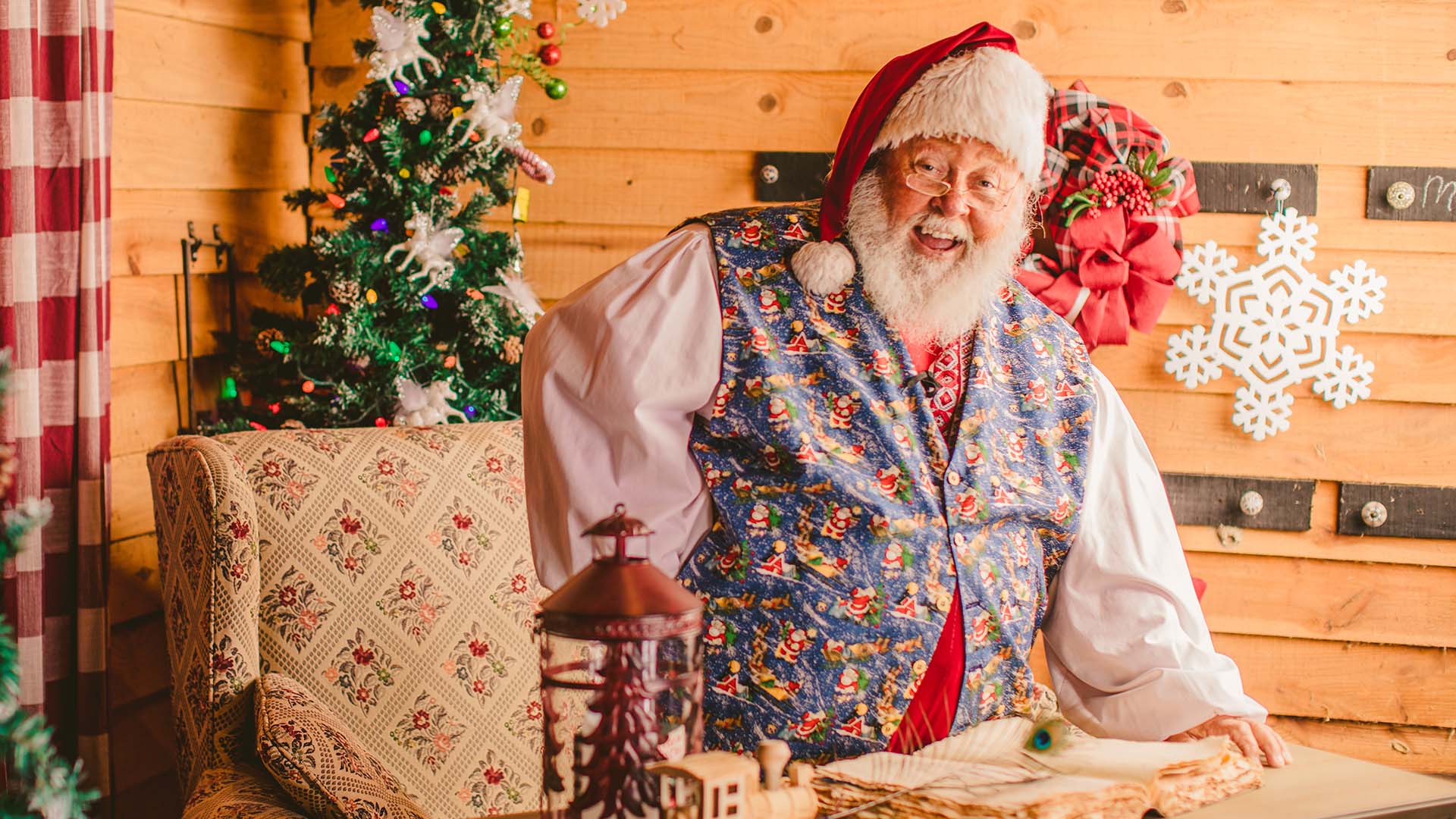 Come, they told him

If this story was fiction, this is the part where we would say that Frank immediately shined in his new role.

But in reality, he got off to a bit of a shaky start.

“I’d been there two or three days,” he said, “and a little boy, cute as he could be with a big ol’ winter coat on with a hoodie on the back of it, he gets on my lap. We talked and talked — he was a perfect child — and he gets up, and my beard was hung in his zipper! So I followed him to the front door because I had to; I was stuck!”

At this point in telling the story, Hayes is laughing so hard he has to stop for a moment and catch his breath. 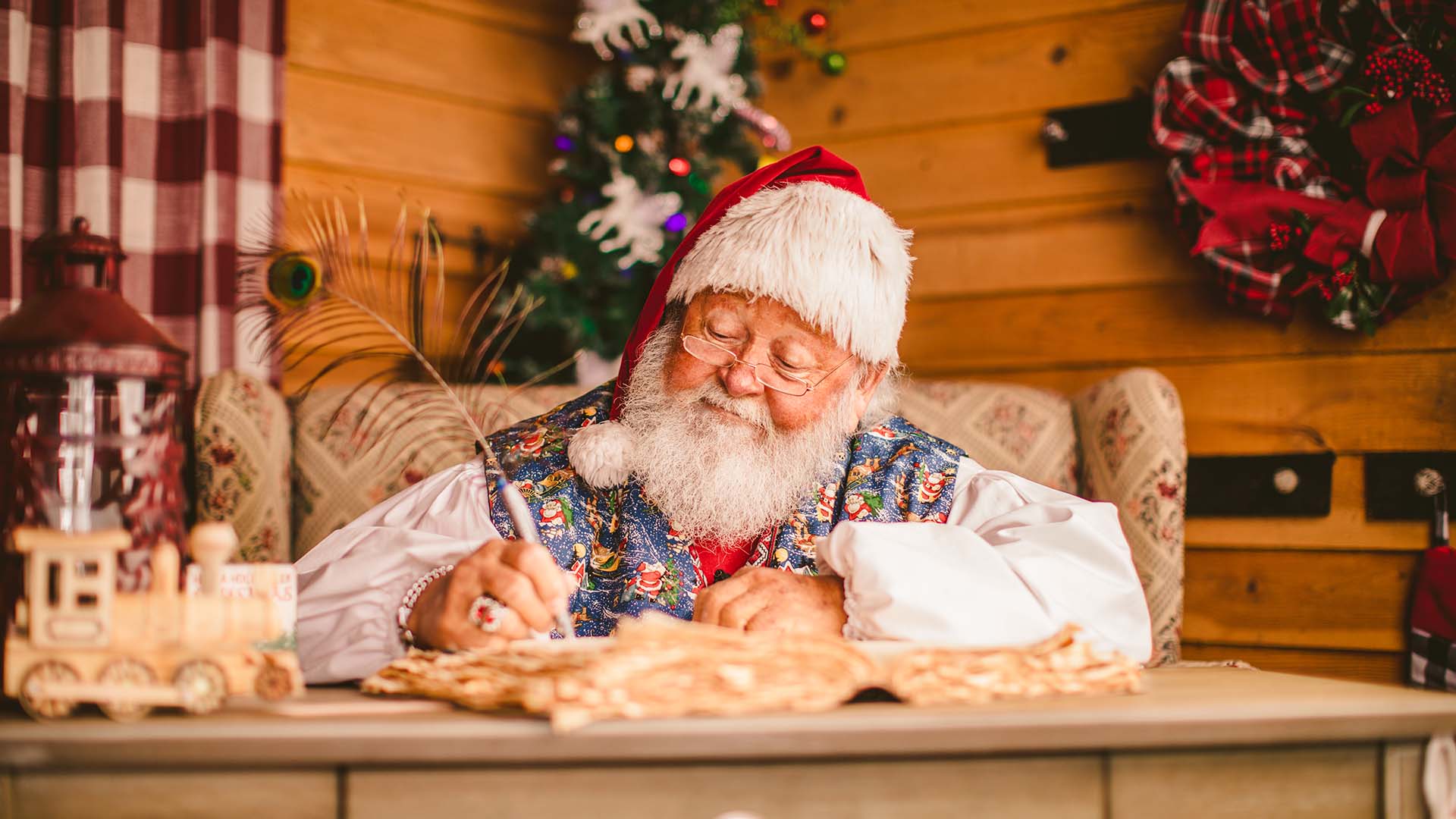 “They had to cut my beard out of the winter coat,” he says when he’s able to continue. “So here I am now in this cheap suit with a hole in my beard!”

But Hayes is quick to add that he wouldn’t trade those early days for anything.

“What made it so good was, all of that was teaching me,” he says. “I was learning how to talk, what to ask, how to deal with wet babies in cloth diapers. It’s like it was all put in place for me to learn.” 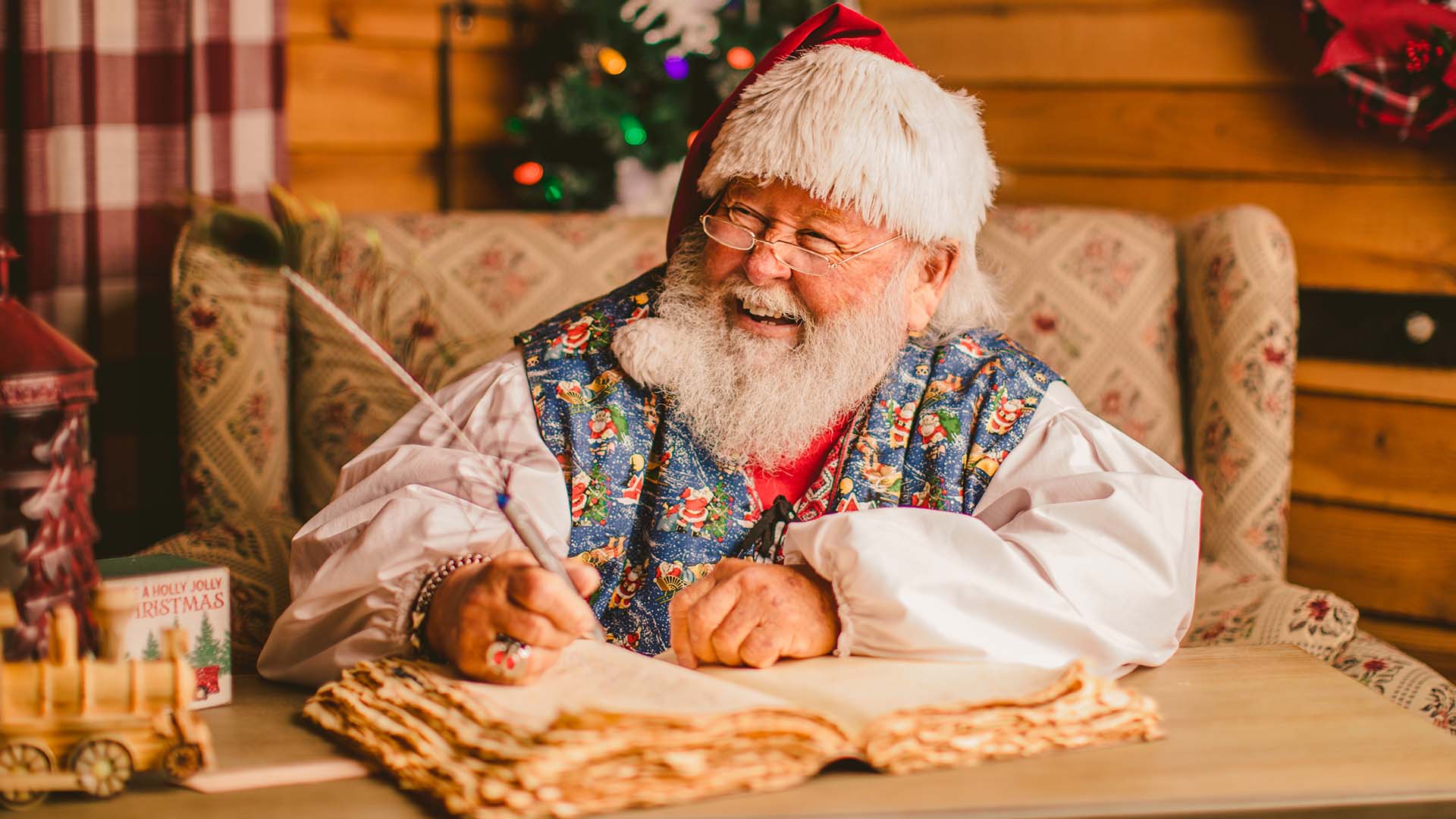 Hayes has had his own beard for a while now; in fact, he has spent the last 50 years playing Santa Claus during the holidays, working everywhere from Roper Mountain Science Center to Hollywild to Haywood Mall.

“I love it because children are so honest,” he says. “You can see the excitement in their little eyes. What really excites you is a child that’s scared of you for two or three years, and then maybe one year he’ll see you and come running over to you and hug your neck. You’ve won him over; he’s finally believing in you.” 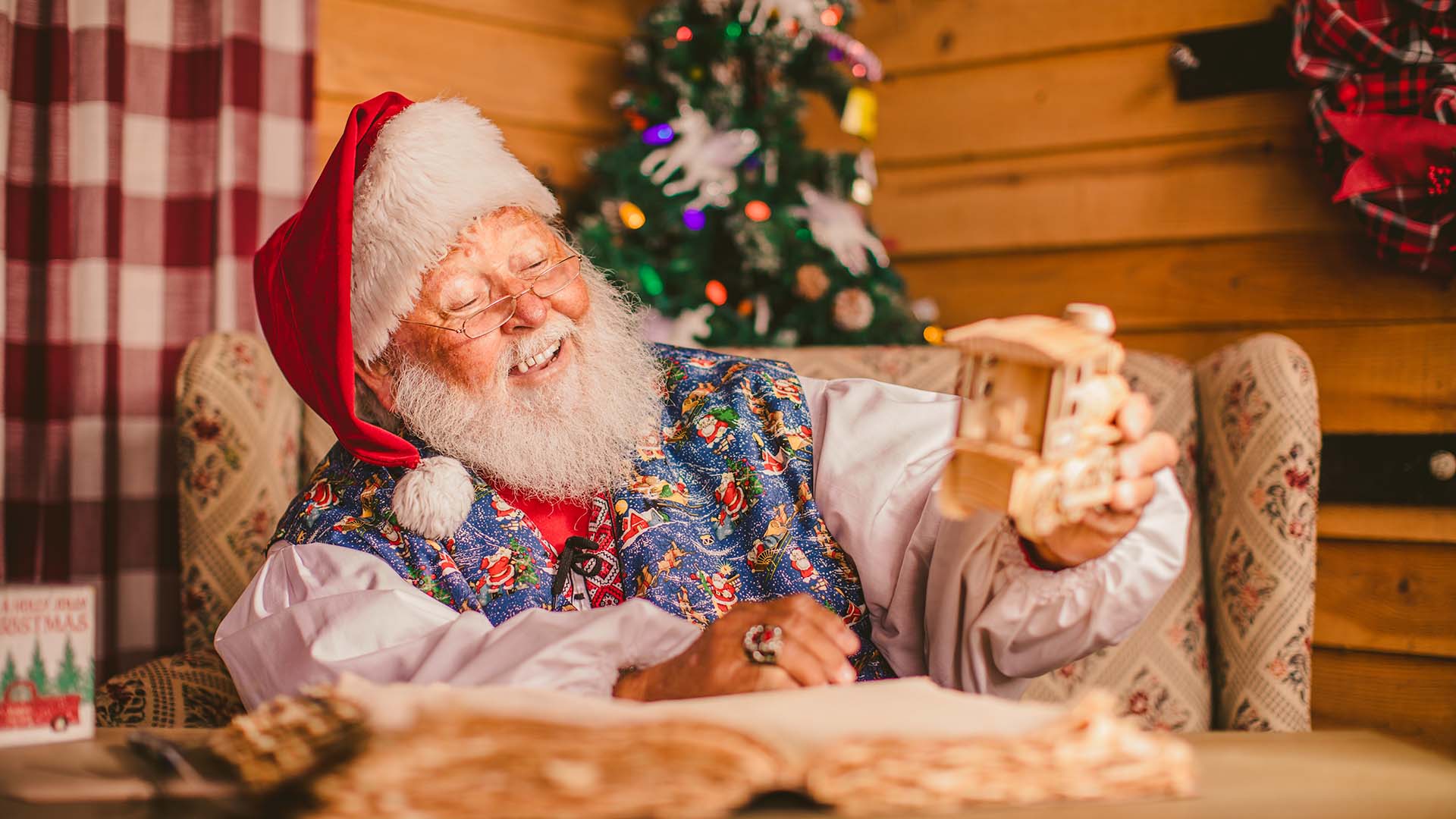 Hayes loves his work so much that he even kept going through a throat cancer diagnosis back in 2015.

“It worried me to death that I wasn’t going to be able to talk again,” he says. “I had to make a decision in October of 2015 about whether I would or I wouldn’t be Santa, because of chemo and radiation. I prayed about it for two weeks and the Lord put in my heart: Go for it. The doctors weren’t very happy, and I was very tired and very weak, but I did Santa at Roper Mountain. I was working seven days a week, and I don’t know how I did it. I just know that the grace of God took me there.”

In fact, he credits his time as Santa with helping him heal.

“The spirit of Christmas was still there even though I was very sick,” he says. “It strengthened me to know that. The attitude you have to have when you face cancer, you have to stay positive. I’m five years now cancer-free, and thankful every day.” 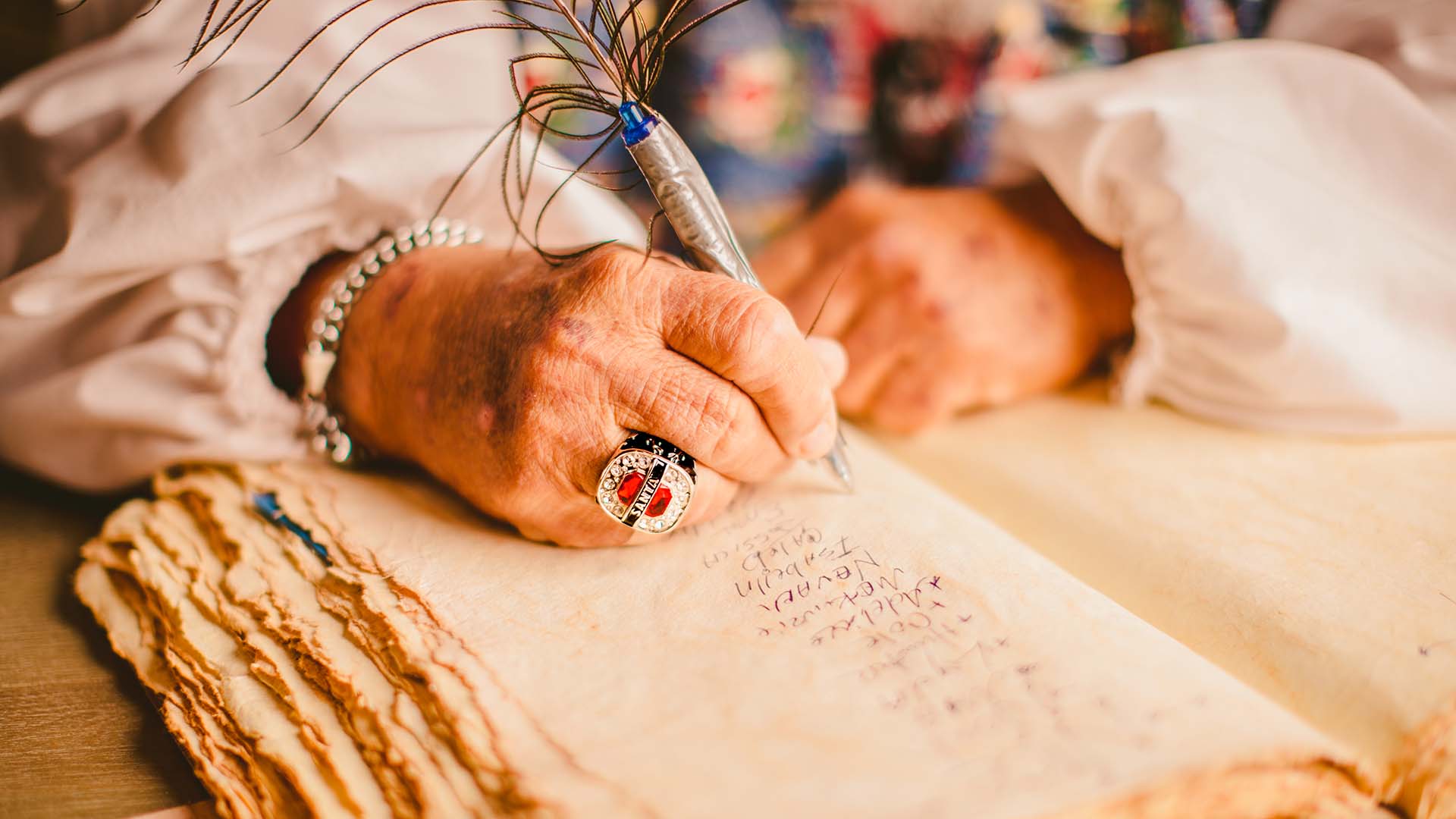 Hayes has spent the last couple of years serving as Santa Claus at Hidden Pasture Farm in Fountain Inn, an equine farm and petting zoo. Of course, when he suited up again this year, things were a little different at Hidden Pasture, thanks to the pandemic.

“To be honest, I didn’t even think I’d get to work,” he says. “I kept hearing, ‘Well, you’re going to have to be behind plexiglass,’ and it made me think I wasn’t going to get to do it.”

As it turns out, though, Hidden Pasture had a plan. This year, at the farm’s annual Yuletide Unicorn Festival, kids won’t be able to sit on Santa’s lap, but they will be able to visit his safe, socially distanced workshop. 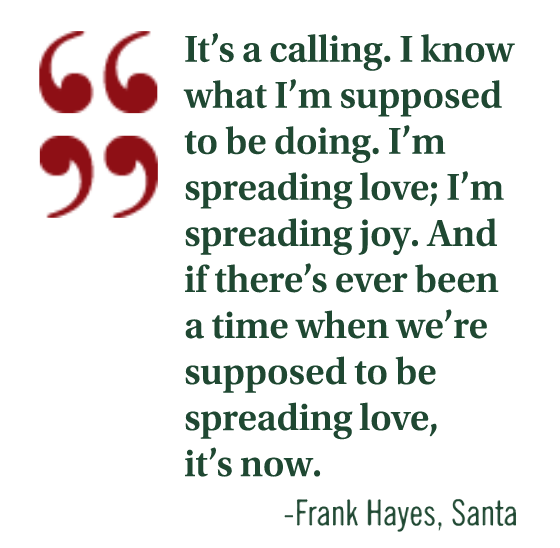 “I’m sitting at a desk, and I’ve got Santa’s thick book in front of me,” Hayes says. “It’s the naughty and nice list. The children come up to me and stand on a piece of tape on the floor and speak to me from a distance. I ask their names and look to see if they’re on the naughty or nice list, which I love.” 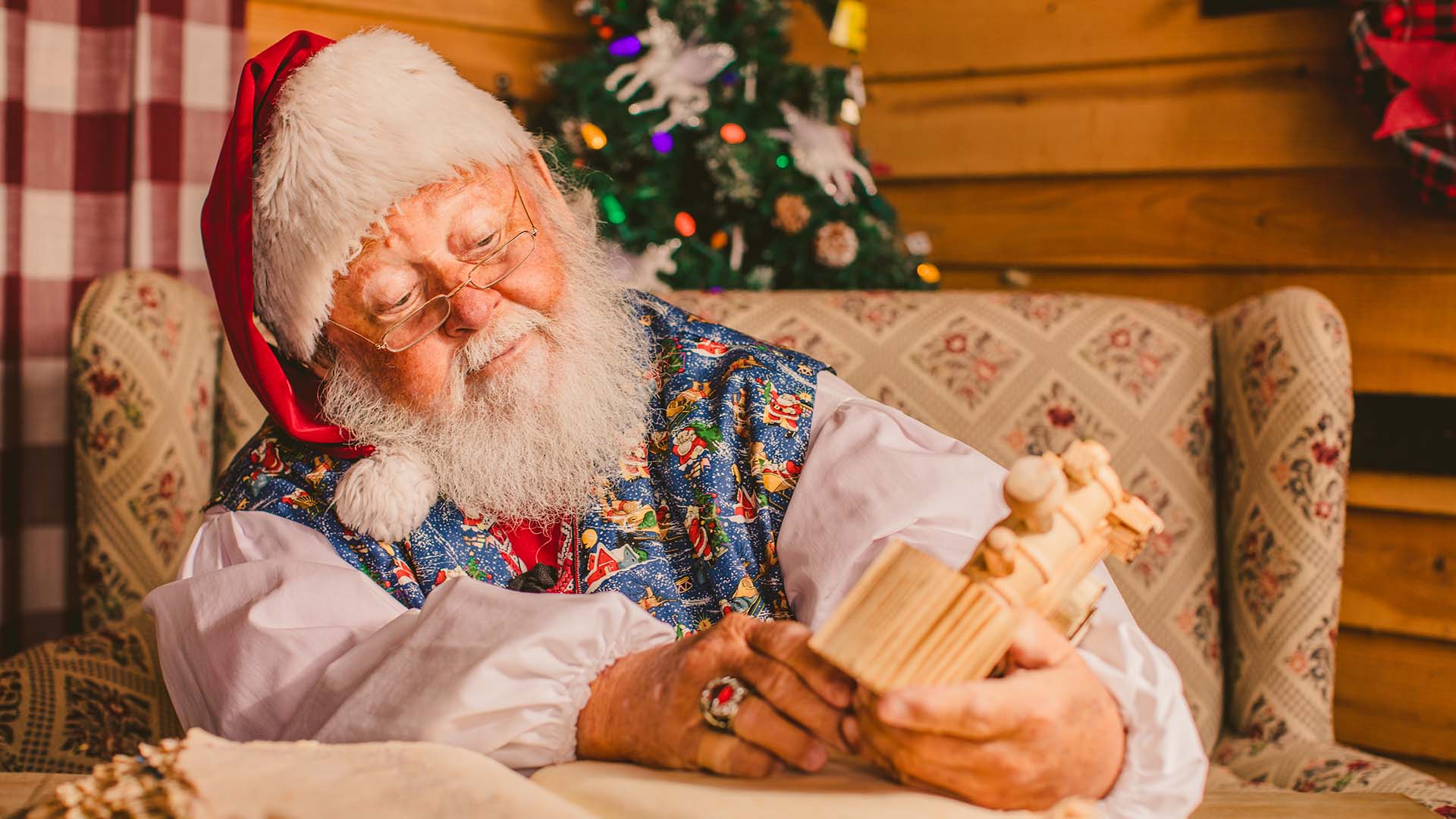 Hayes was at Hidden Pasture Farm every Friday, Saturday and Sunday until Dec. 20, doing what he feels he was born to do. 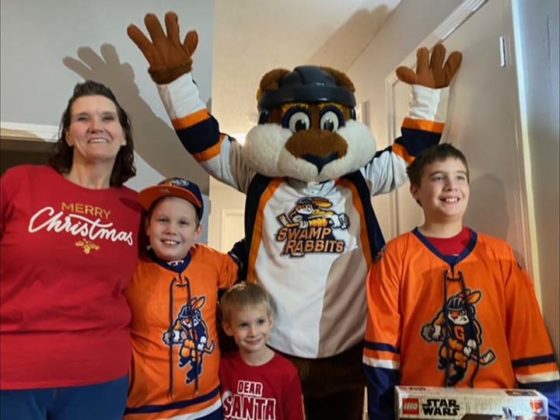 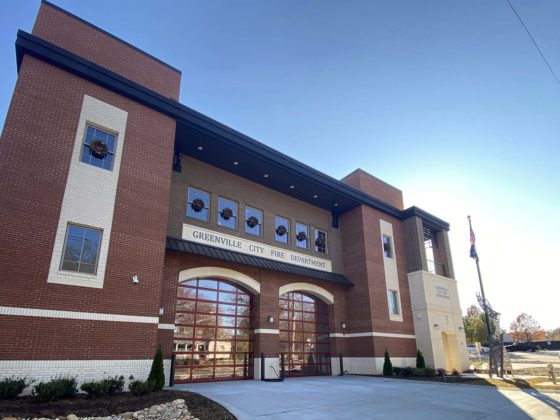