Gary Brown built a career helping major corporations extricate themselves from notoriously sticky situations, so it’s fitting that he chose to build his retirement home on a slippery slope.

As a managing director with AlixPartners, Brown worked on some of the biggest corporate restructurings in recent history: Enron, GM, and Chrysler, to name a few. His job kept him on the road, but he chose to base his family in Washington, D.C., where his wife, Melissa, did the heavy lifting of raising their two boys, Wilson, and Martin. Brown says he appreciated the rich cultural environment and natural diversity the District offered his young children, but as they went off on their own and retirement neared, the high-powered fast pace wore thin.

Diversity also was a key selling point for The Reserve at Lake Keowee, where the Browns ultimately chose to build their retirement home. They wanted more than golf and didn’t want to deal with the risk and maintenance of coastal living. The 3,900 acres and 30 miles of shoreline The Reserve had to offer turned out to be just what they were looking for.

“We got here and it wasn’t just one-dimensional … I thought I would just run into lots of golfers, which is, but we met a guy that was a pilot, another who’s an accomplished whitewater kayaker. I do fly fishing, bass fishing, hiking. We have a jet ski club, an ATV group that goes up over Jocassee into the wilderness area, a road bike group we’ve put together,” Garry says.

“I was floored by the diversity,” he continues.

The Reserve also does a lot to lure grown children and grandchildren to this retirement playground, which was another priority for the Browns.

“We actually named the house, ‘Build it, and they will come.’ That was our project name,” Brown recalls. “The idea was if we made some place fun enough—everywhere from Chicago to Louisiana to Baltimore to Portland—they would come and visit.”

Deciding where to build was easy. Building was… not. The lot the Browns chose put them in their own private cove with spectacular lake and mountain views, but that secluded beauty came at a steep price: about 70 feet steep.

“There was over 70 feet of elevation change from where we started grading on the uphill side to where we finished grading on the downhill side,” says Ray Foral with Ridgeline Construction Group in Greenville. “Just to get the project going and get the foundation in took a very skilled site work contractor. It is hands down the most challenging home site that we have worked on at Lake Keowee, out of probably close to 80 home sites.”

Add to that the peril of installing windows fifty feet off the ground, and the logistics and labor involved with moving materials and equipment around a lot with severely limited access: “Basically we created something that was impossible and said ‘This is what we want,’” Brown says.

The Challenge was great, but the Ridgeline team and designer, Travis Mileti with Mountain- works Custom Home Design in Cashiers, NC, were up for the difficult task. “We wanted to be right in the middle because we wanted to be reasonably close to the water, but my wife didn’t want a steep driveway. We wanted every room to have a view, which we were able to do, but not without challenges.”

Those challenges came, in large part, in the form of ravines, three of them, deep, wet, and rocky, and one huge one running right through the projected home site.

“Our design criteria was to use the space; don’t fight it,” Brown says. “We actually ended up doing, I think, that. What we did was put the house on two sides of the ravine and spanned it and carved it into the hill.”

Ridgeline worked with Brandon Smith of Greenspace Outdoor Construction to convert the ravine into a waterfall that runs under the screened porch, separating the main house from the attached carriage house, and descending the 200 feet to the lake. No small task, and one that Brown says required 100,000 pounds of rock to be brought in, but the result is so impressive Brown says he has caught fishing boats lingering in the cove to enjoy the view.

Melissa handled the interior design, filling the home with artifacts collected from the 12 different countries Garry lived in during his father’s foreign diplomat days. Their son, Martin, is an environmental engineer by day who indulges his creative passions by repurposing old items as art. Dozens of his works are on proud display throughout the home.

Much thought was given to creating plenty of room for overnight visitors while affording both the Browns and their guests the opportunity for privacy during their stay. The carriage house over the garage, complete with mini kitchen and coffee station, is a whitewashed, bead board oasis that Garry admits to sneaking off to for the occasional afternoon nap. The lower level of the main house boasts two distinct guest suites that share a sophisticated yet cozy living room. With a quick slide of a barn door to reveal the otherwise invisible flat screen, and a swivel of armchairs, this space does double duty as a theater room where every seat is the best in the house.

Four outdoor living spaces with decidedly different aesthetics are put to regular use. Garry says the screened porch is their primary haunt for all but the very coldest months, and with a massive stone fireplace, outdoor kitchen, and the soundtrack of the waterfall rushing underneath, it’s easy to see why. 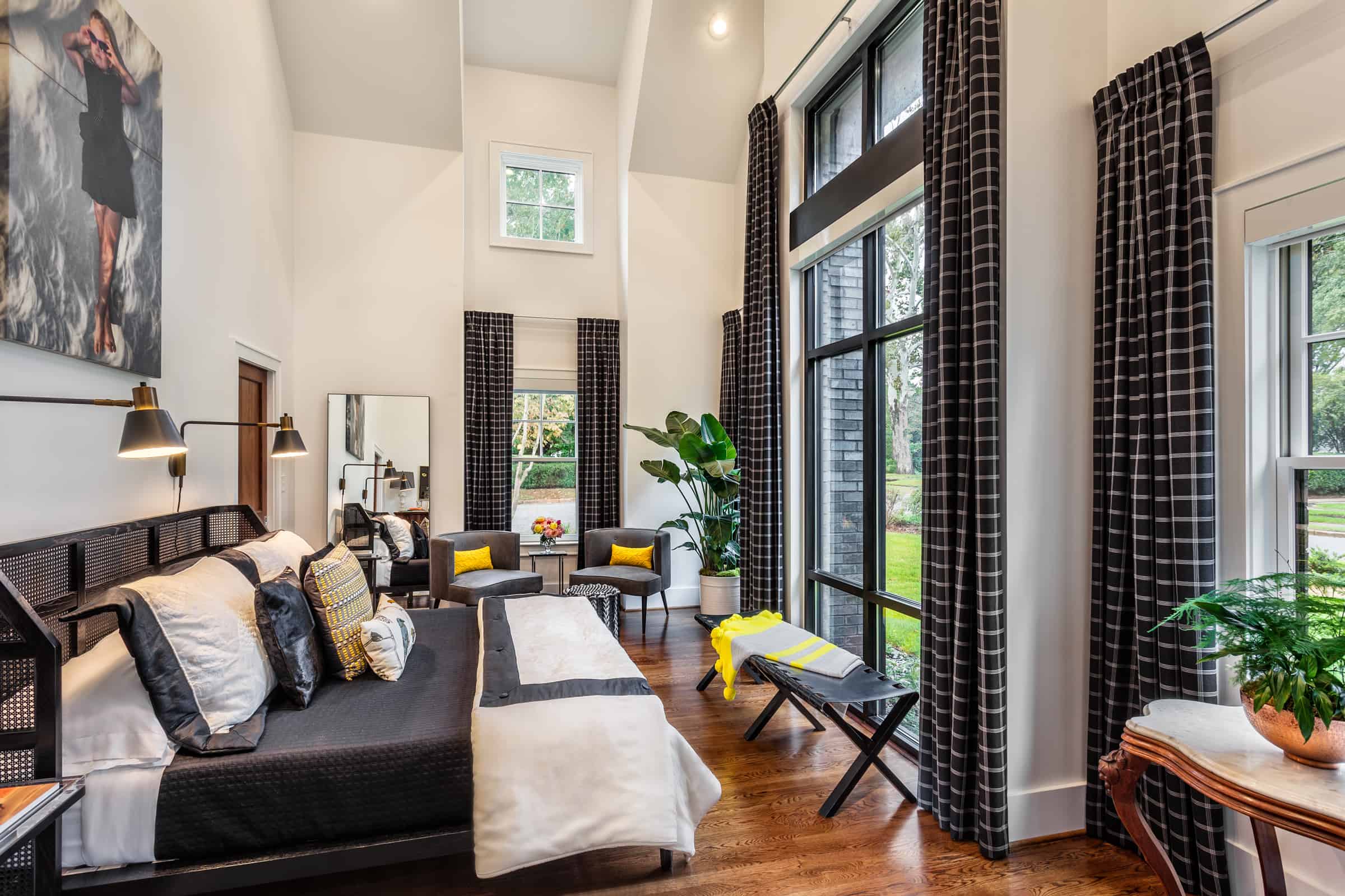 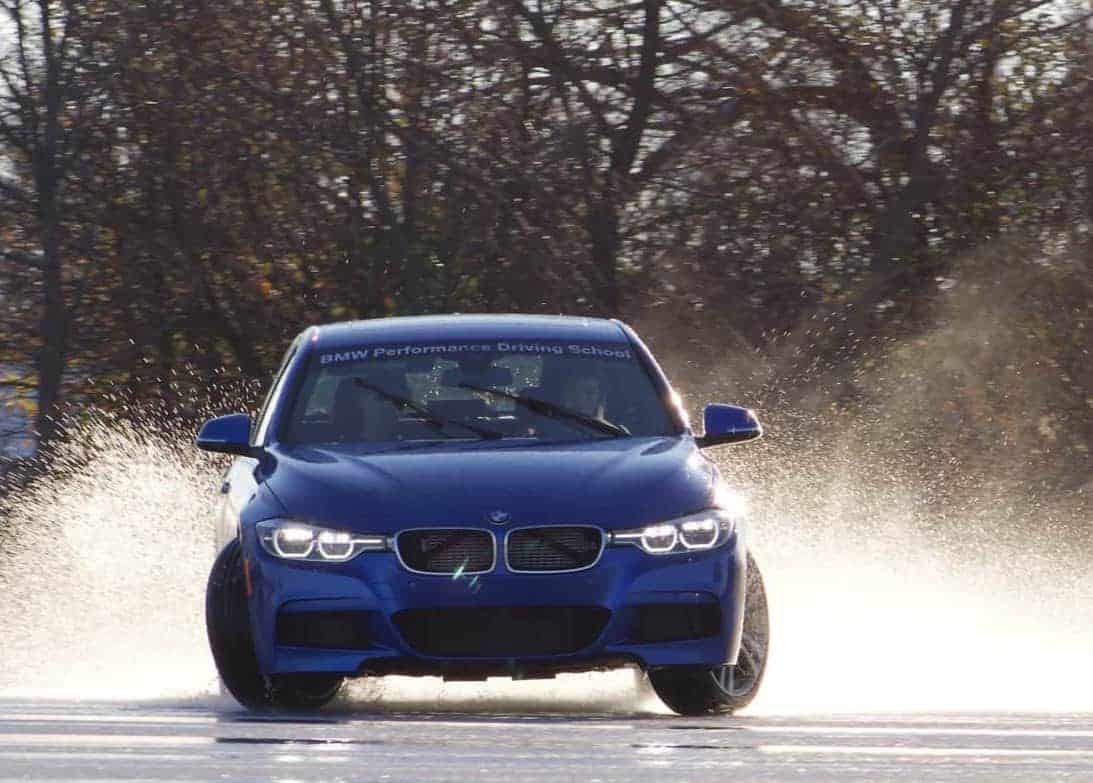