For those wanting to get a bit closer to the wild this holiday season, Hollywild is celebrating its 30th year of organizing its Holiday Lights Safari.

During the Holiday Lights Safari, cars drive through the 100-acre park in Wellford which is decorated with lighted displays around Christmas and winter themes.

“The greatest part is just observing the joy that we’re able to bring to the people who visit,” says Lucia Meeks, assistant director of Hollywild. Meeks says it’s good wholesome fun that can help take families away from the pressures of everyday life, especially in a year like 2020.

It took a team of 12 people to set up the displays this year, according to Meeks. Usually, it takes a team of between 40 and 60 to build and maintain the displays and also a Christmas village area that patrons would walk through, but that portion of the park isn’t open this year due to the pandemic, resulting in reduced staff.

To enjoy Hollywild’s attractions, people stay in their cars, says Meeks, and are able to drive throughout the park along a lighted route. “[Visitors] can interact with whatever set of animals they want, whether it be the camels, the longhorns, the bison, the sheep.” 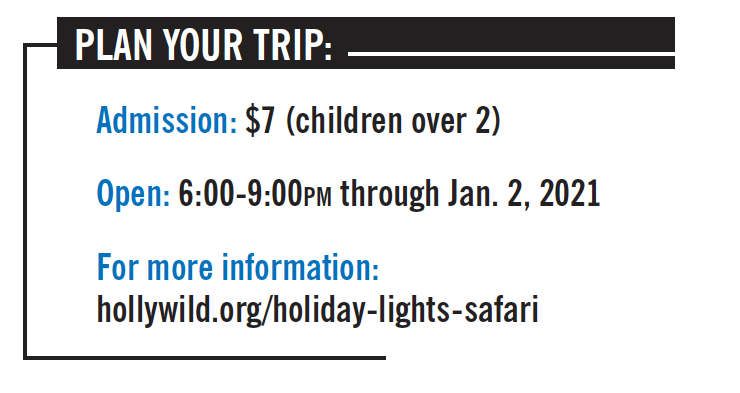 Animals at the park have plenty of space to stay away from the vehicles if they don’t want to be near visitors, according to Meeks. “The animals that are free-roaming, they have a way to get out of the area if they so desire,” she says.

Hollywild has seen its share of ups and downs over the years. In 2015, Hollywild agreed to pay almost $19,000 in fines to the U.S. Department of Agriculture after a years-long investigation into the treatment and care of the animals, including the state of the enclosures the animals were kept in, the veterinary care of the animals and other issues. That same year, a fire killed 27 of the park’s animals.

Admission to the safari is $7 for adults and children over 2 years old. In addition to the safari area, visitors can drive through the Enchanted Deer Forest for an additional $10 — a small bag of animal food is included in the price. The money raised will go toward the Hollywild Animal Preserve, according to the park’s website.

Meeks says that they’ve reopened the preserve — which had been closed for several years — as a drive-thru exhibition. While the Holiday Lights Safari is an extension of that, Meeks says that if the pandemic continues on, they’ll keep the day visits open.

Overall, Meeks says that visitors should think of the visit “as an escape.”

“Come with a mindset of enjoying and making it family time and leave your worries behind,” says Meeks. 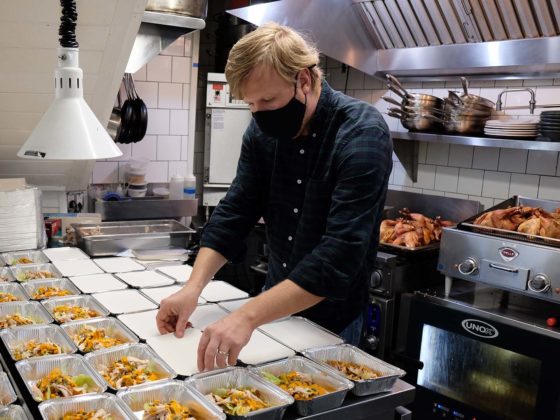 The Ripple Effect: Increased cash flow to restaurants, farms and agencies is the aim of ReGrow SC 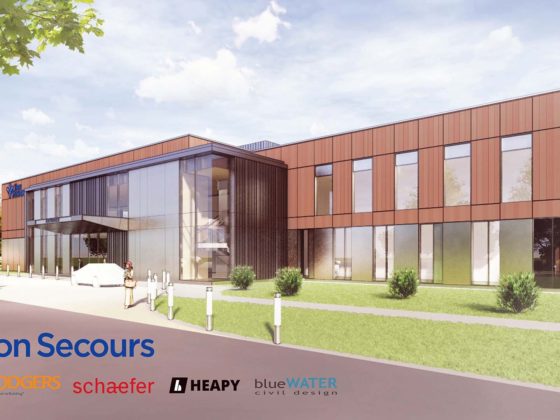