A line of sewer and fire trucks were parked outside County Square on the afternoon of Thursday, Nov. 19, and a small crowd had gathered in the parking lot for an impromptu press conference.

It was hardly a fancy affair. The air was cold, and a brisk wind ruffled jacket sleeves. One by one, the leaders of some of Greenville County’s special purpose districts, which have been responsible for fire and wastewater collection services in their districts going all the way back to the 1930s, stepped before a podium that had been placed over the asphalt.

And one by one, each expressed their adamant opposition to County Council’s proposal to consolidate the county’s eight sewer districts under one district, MetroConnects.

“With the last election, we all saw a lot of bumper stickers going around, and one in particular caught my eye. It said, ‘Socialism: You build it, the government takes it.’ And I thought that was very fitting for exactly what’s going on right now,” said Alan Kay, chairman of Parker Sewer and Fire District.

Members of County Council did not hear or see any of this, however, because at the same time the sewer district leaders were out in the parking lot, council was attending a Zoom workshop meeting led by Carol Elliott, general manager of MetroConnects, which would be the sole remaining sewer district if consolidation were to occur.

County Council Chairman Butch Kirven began the workshop meeting by saying the council “hopes to learn more during this workshop from a panel of experts and professionals who have studied various aspects of this situation,” before passing off the meeting to Elliott.

Related: The sewer consolidation debate goes to the courts

At no point during the meeting was the opposition by the special purpose districts mentioned.

“Excuse the pun, but there’s something about this that stinks,” Kay said from the parking lot press conference. “At this point they’re having a meeting this afternoon, and we’re out here in the cold because we weren’t invited to the table to give our input.”

The timeline for the latest push for sewer consolidation began on Oct. 30, when special purpose district leaders received word that there was a vote on the first reading of an ordinance to consolidate planned for the evening of Nov. 3, the same day as the presidential election. Special purpose district representatives were not invited to speak during the meeting, which was held via Zoom, and although they signed up to speak, they did not receive a chance to do so.

At the second reading of the ordinance, which was held Dec. 1, special purpose district representatives once again signed up to speak but did not receive a chance to do so.

But Kirven pushed back against any notion that the workshop meeting held on Nov. 19 was exclusionary.

“It wasn’t designed to be a MetroConnects proprietary presentation at all,” he said. “But if you’re dealing with professionals who have professional ethics and standards at their organization, it makes sense we would rely on that and to get the facts as they are.”

Weeks after that workshop meeting, however, some council members have begun to push back against the lack of involvement offered to the special purpose districts and the expedited timeline to cast the final vote.

“It wasn’t a two-sided event,” said council member Willis Meadows, speaking during a Committee of the Whole meeting the week after Thanksgiving. “It was all one-sided, leaning toward what council wants to do. There were a lot of other questions that we haven’t asked or haven’t had answers on, and it concerns me we’re doing a hostile takeover of these sewer and fire districts.”

In response to Meadows’ concerns, council member Dan Tripp said he would agree to speak with special purpose district leaders only after the ordinance to begin consolidation was passed, at which point he said he would offer sewer districts the ability to continue running their fire service operations so long as they signed an agreement that passed over all sewer operations to MetroConnects.

“I think that’s a fair, equitable conversation to have, but we can’t get to that position, and we can’t make an offer or strike an agreement, until we have this existing ordinance in place,” Tripp said.

Three sewer districts — Berea, Marietta and Wade Hampton — have now done just that, turning over sewer-collection services to MetroConnects a week before the final vote for consolidation would take place.

Council moved to proceed to the third and final reading of the ordinance by a vote of 8 to 3, with Willis Meadows, Sid Cates and Mike Barnes in opposition. The vote will be held at the next council meeting on Tue. Dec. 15.

“I guess they’ll bring these up during their chance to speak, but will some of those questions even be answered as they ask them, or are they just going to put them forward?” said councilman Rick Roberts. “I don’t know, I just get all these angry texts.” 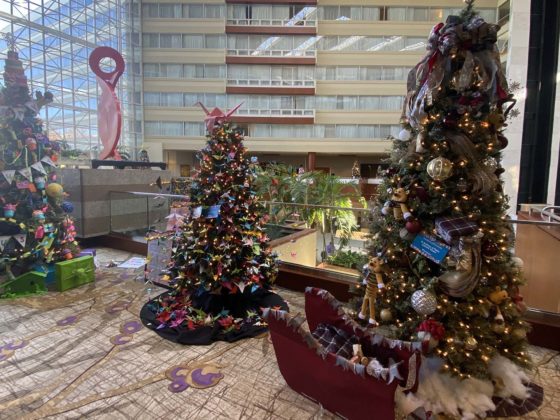