The DC-3 aircraft, a regular over Greenville skies 60 years ago, is returning this week to Greenville Downtown Airport.

The aircraft, Flagship Detroit (NC-17334), is scheduled to land around 11 a.m. Tuesday, according to Greenville Downtown Airport. Weather may impact its flight schedule. The flight can be tracked at this link.

The Flagship Detroit, NC-17334, is the oldest flying DC-3 in the world. It was manufactured in early 1937 and American Airlines accepted delivery of the Detroit on March 2, 1937.

Since the Army Air Corps did not have a dedicated airplane for the President during this time, the Detroit had the distinction of carrying Eleanor Roosevelt on several occasions. 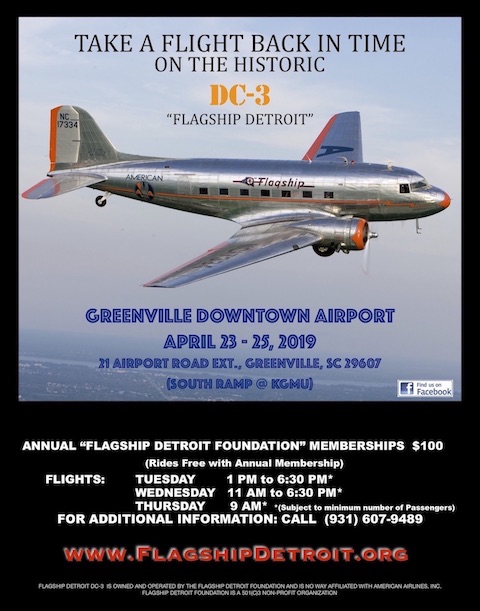