After the Greenville City Council members forced the resignation of former City Manager Jim Bourey, they said they’d search the nation for his replacement.

Turns out they only had to look down the hall.

“He has had his hands all over every major city project for the last 10 years,” Mayor Knox White said. “He really gets what makes the city of Greenville different.”

Castile was a popular choice in City Hall and among Greenville’s neighborhood leaders.

“John Castile is the best choice they could have made,” said Mary Duckett, president of the Southernside Neighborhoods in Action. “He’s a great mediator. He’s cool under pressure and one of the things I love about that young man is the citizens in the community come first. I see him taking the city to the next level.”

Castile said his style differs from that of Bourey, the man who promoted him to deputy city manager four years ago, essentially making him the city’s chief operating officer with direct supervision of city employees and giving him an integral role in some of the city’s highest profile projects.

“Jim has allowed me, in a very comfortable way, to get more and more involved in municipal government,” Castile said. “My style is a  little different in the sense that I will be extremely inclusive with our department directors and give council information in a timely manner for them to make decisions.”

White said Greenville is entrepreneurial in ways other cities aren’t and that Castile knows the importance of public-private partnerships.

Castile played a key role in the construction of Fluor Field, Greenville’s downtown baseball stadium which has spurred development on the West End. Castile helped negotiate the complicated sale of 22 parcels of property near Greenville High in exchange for property owned by the school district which gave Greenville High a unified campus and allowed the stadium to be built.

Castile also led the city’s efforts to have a waterfall, a plaza and public restrooms at the Main at Broad development put where the city fire department headquarters and a parking garage once stood.

Castile moved to Greenville 26 years ago to attend Furman University on a basketball scholarship. He started his career with the city 15 years ago in the parks and recreation department.

“It’s a dream come true. I never thought I would be sitting here today,” said Castile, who is 44 years old. “You hope, you dream, you pray it will happen.”

Castile said the city’s next big challenge is the Kroc Center and A.J. Whittenberg school development on the west side of Greenville’s downtown. The development is key to the city’s efforts to revitalize the area.

“One key is how do you take the success of downtown and other communities and replicate it in other areas of Greenville,” Castile said.

Castile said it is important that neighborhood residents have a “place at the table” before decisions are made. He said part of his job is to ensure the city grows “at the proper rate.”

When White announced Castile’s promotion, he said history was being made.

Castile broke down in emotion while accepting the job. His sharply-dressed mother, whom Castile said doesn’t wear her hat for just any occasion, walked over and hugged him.

A contract is being negotiated and will be approved by council at a later date. 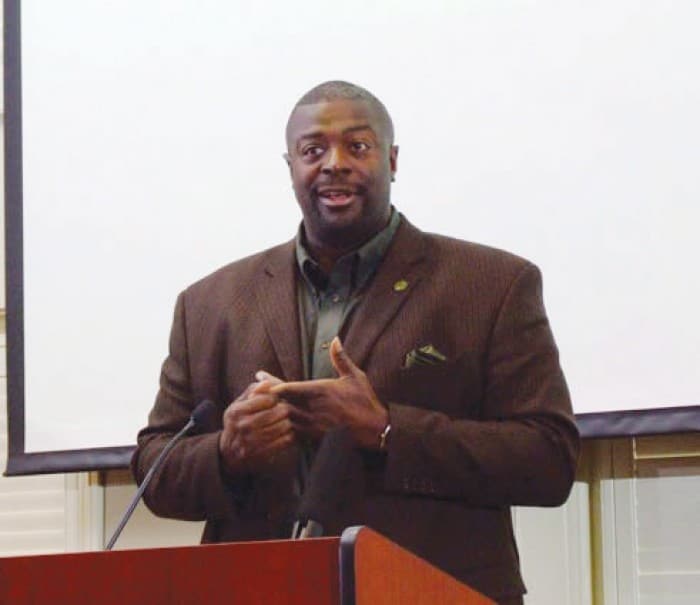 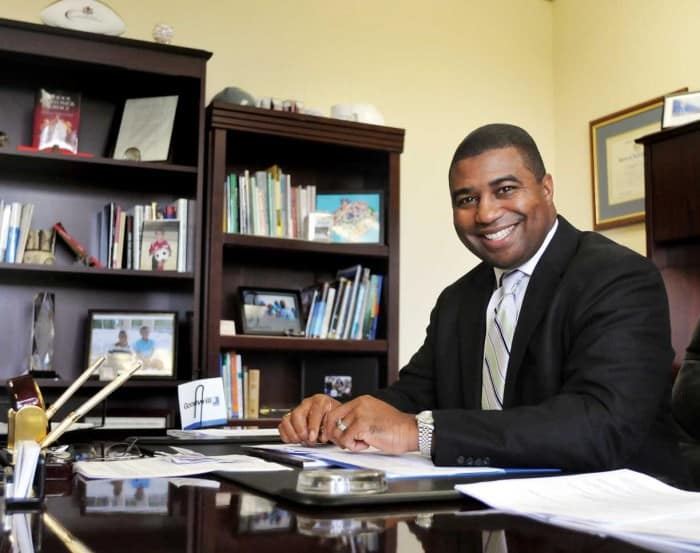