The stately Greek Revival-style house at the edge of the Clemson University campus, with its covered portico and grand white columns, is unquestionably the residence of Tiger fans. The orange door is a dead giveaway.

That distinctive touch was added by the current residents of the university President’s Home, Jim and Beth Clements, when they moved into the newly renovated home in mid-2014. They’d spent their first semester as First Couple living in the Clemson House penthouse—along with about 450 students (including daughter Hannah Clements) who lived in the residence hall floors below. The temporary quarters were needed because the 57-year-old home, which had been occupied by presidents dating back to R.C. Edwards, was undergoing its first major renovation in decades. 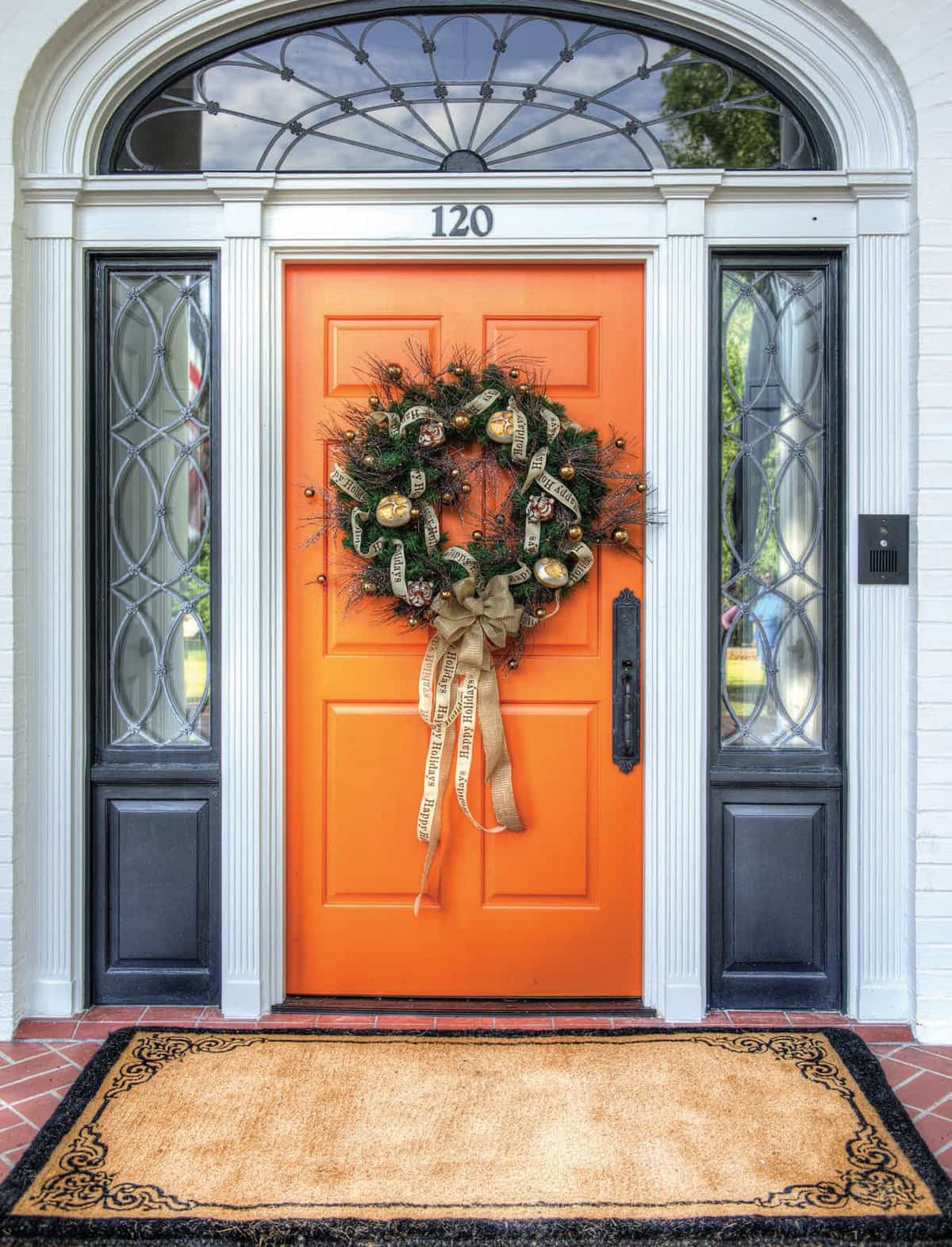 Improvements previously planned to make the home accessible to visitors with physical disabilities uncovered termite damage and structural issues. But the finished product was worth the wait, not only for the Clements to move into, but also for the hundreds of guests and visitors that the home hosts each year.

Along with a ramp that provides front-door access to wheelchairs and a downstairs bathroom that meets standards of the Americans with Disabilities Act, the home got a fresh new color scheme, a total kitchen makeover and a number of special “wow” touches— thanks to a team of talented architects, interior designers, contractors and staff overseen by project manager Mike Parker of the University Facilities staff. 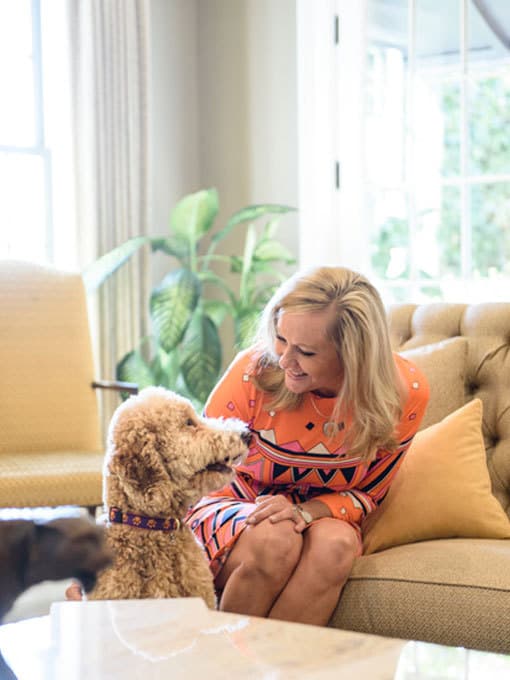 The result is a look that seamlessly blends Clemson and Clements styles, because—after all— in addition to being the site of frequent official events, it’s also home to the presidential couple, a growing teenager, and a dog named Skittles.

“One thing I tried to keep in mind as we worked through the renovation was that while this is the President’s Home of Clemson University, it is also where the President and his family live,” Parker says. “With Grace, it is the first time in awhile that a younger child has lived in the house. So, I really wanted the house to feel like home to her.

“While it was important to me that the public spaces have a tasteful and subtle Clemson touch, I felt the more private spaces needed to be more personal and livable for the Clements family so that they wouldn’t feel like they were living in a Clemson museum,” he says.

According to the First Lady, the team nailed it, blending the Clemson brand in tasteful, artisan ways that feel homey from floor to ceiling. Upon opening the orange front door, the official seal of the university is embedded in the hardwood floor of the grand foyer, and another, smaller one was installed in front of the living room fireplace. Original plans called for painted seals, but Parker found a company that could create wooden inlays and then secured private donations to cover the cost.

“People always ask about noise, but it has never been a problem,” Beth says. “We love being so close to students, and they have really welcomed us. We had the basketball team come to the home to sing the alma mater to us. A sorority brought a gingerbread house to (daughter) Grace, which she loved. Tiger Band is planning to bring us cookies. Being around students is the best part of living on campus.”

New sofas and an informal dining set were added in the family rooms, but most of the home’s furnishings were inherited—dating back to previous administrations. There’s a piano reclaimed from the basement in the Clemson House and restored during the Lennon administration, a Henredon dining room suite donated during the Barker administration, and china, crystal, and sterling silver flatware purchased in the 1980s that provides formal service for 50.

Refreshed upholstery, paint, lighting, and accent pieces updated and personalized the look. Designers chose a modern gray-toned paint palette, recovered accent chairs to match, and used a light touch with tiger-themed décor, such as tiger-stripe upholstery on a love seat in the front hallway.

“It’s a very classy and comfortable look,” Beth says. She and Linda Wofford, who manages events and administrative support for the first lady and the home, filled in with bargains from local home stores. Those personal touches reflect the easy-going design style of Clemson’s First Lady, which Beth describes as “updated traditional.”

“I appreciate antiques but I lean toward furniture that looks old but isn’t,” she says. An example is a distressed apothecary-style chest that caught her eye because its multicolored finish includes touches of orange, making it the perfect place to display a vase of artificial oranges—souvenirs from the 2014 Orange Bowl (which Clemson won).

The newly updated kitchen has its share of Clemson touches—including a hammered-steel bar sink with an embossed tiger and Beth’s personal purple and orange Fiesta Ware—and was designed to better accommodate catering for large events while still functioning as a family kitchen. With modern trends such as subway tile, a farmhouse sink, and quartz countertops, all new stainless steel appliances and a raised bar that added an eat-in area, it’s no wonder the kitchen is Beth’s favorite room in the home. “They did a fabulous job,” she says. “This is where everyone always ends up.”

It’s also a transition zone from the formal dining and living areas, where most official events take place, to the cozy den and informal dining area where Jim, Beth, and daughter Grace spend most of their at-home time. Those rooms were added as part of a 1979 renovation to enclose a garage and create a private family area.

Most of the Tiger sports memorabilia on display is limited to the President’s home office, which also includes the obligatory wall- mounted, flat-screen television and a desk bearing the official seal of the university.

Proudly displayed throughout the home are family photos, personal mementos, and original artwork painted by Beth’s mother, including an oil portrait of two tigers that hangs above the living room fireplace.

A limited number of prints have been commissioned to help raise funds for a cause dear to Beth’s heart: the university’s ClemsonLIFE program, which stands for “learning is for everyone.” The program provides a collegiate-type experience for young adults with intellectual disabilities, with on-campus living, courses, and job skills development. As the mother of a child with special needs, Beth understands those kinds of opportunities can be transformative.

A cabinet near the foyer houses Beth’s collection of Steuben glass, cherished reminders of her late grandfather, Art Wexell, who worked as a glassblower for Corning Glass Works for many years, creating the handmade products that are now considered works of art.

“I don’t know if he contributed to any of these but he might have, and he made others like them,” she says. “He was an incredible person with a great sense of humor. We always used to say he could make taking out the garbage fun.”

Beth’s commitment to family, inclusiveness, and university causes are some of the reasons the home is being rebranded as the President and First Lady’s Home, with a new logo and visual identity just completed by the university’s Creative Services team. The new brand clearly recognizes the First Lady’s important role as university ambassador, hostess and role model.

She’s also the chief celebrator of all Clemson achievements, which is one reason Beth decided that an outdoor light system that projects an orange tiger paw on the home—she calls it the “bat signal”— should shine every night, not just for major events or big sports wins.

“Every day is special to someone on campus,” she says. “There are always sports teams playing. Whether it’s a birthday, or acing a test, there’s something to celebrate every day at Clemson.” 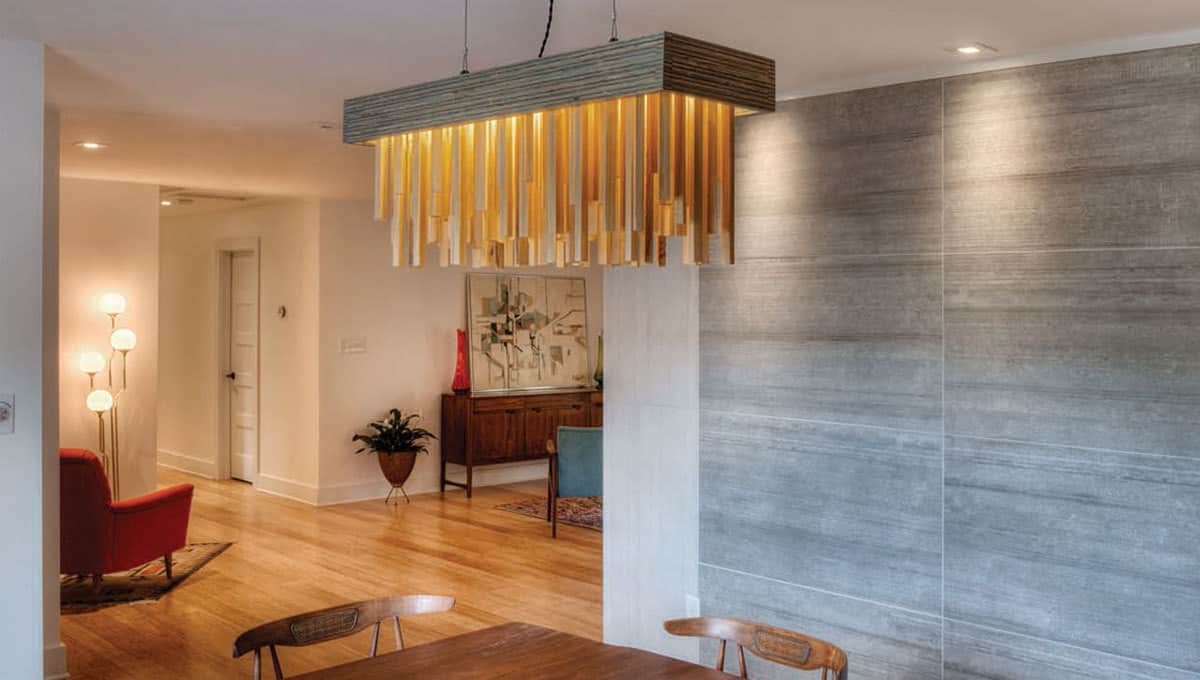 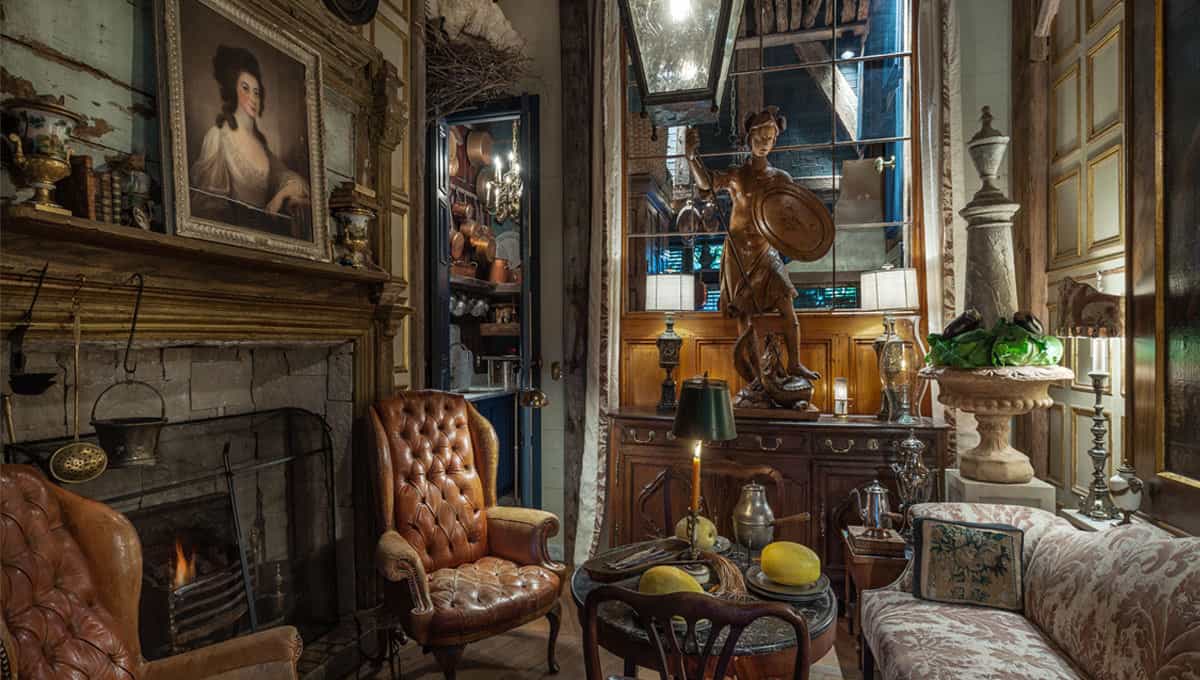 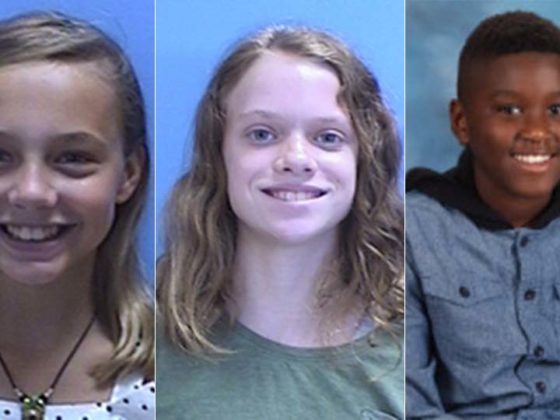