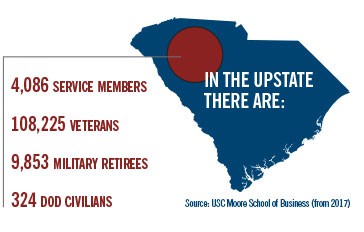 In Greenville County alone, there are 42 veteran-owned businesses.

From appliance repair to architecture, landscaping to animal care, thermal imaging to epoxy solutions, the products and services offered by these companies are as diverse as the military population itself.

Even more companies in the area serve as major employers of veterans, relying on the experience the military has provided their employees as a means to market success.

In honor of Veteran’s Day, here are three companies with deep roots in the local veteran community that actively make a difference today.

Retired Staff Sgt. Robert Castellani was far more comfortable jumping out of airplanes than he was sitting in a classroom.

Before a neck injury forced him into retirement, Castellani had more than nine years of active military experience as an Air Force pararescueman. Four of those years were spent in the Joint Special Operations Command, during which time Castellani and his unit were constantly on alert for calls that sent them all over the world: jungles; mountains; desert plains; urban sprawls.

“With special operations in particular, your world is so tight, so focused,” Castellani said. “You have no clue what’s going on in pop culture or some political election or anything like that.”

Castellani said he sees that isolation, that singular focus, as a significant reason why so many veterans across all branches of the military have such difficulty upon re-entering civilian life.

Castellani himself never made it through college. Instead, he said he put his military experience to use by founding North American Rescue, a company that designs, develops and tests life-saving portable products to be used by military, law enforcement and civilian first responders.

What began in 1996 as a small operation run out of Castellani’s basement has now grown into an industry leader in survivability and casualty-care products. NAR specializes in filling in what Castellani calls “equipment gaps” — creating the life-saving equipment that military and first responders need but don’t yet have.

Along with operating a full-fledged training operation under its enterprise, the company has also gained a reputation in the Upstate as a major employer of veterans. Castellani said the combined military experience of NAR’s staff is what allows them to spot areas of need that other companies would overlook.

One such veteran, NAR’s human resources director Anna Harris, said she has made it a personal mission to go beyond just helping active military; she’s now driven to assist veterans in the community find employment once they leave the service.

The “Coffee With a Veteran” initiative, which she and NAR established four months ago, teaches veterans how to navigate the world of resumes, job interviews and the vernacular of the civilian workforce. By connecting veterans with local non-profits and companies, Harris said, NAR is able to provide an insider’s view of what employers are looking for when hiring and how veterans can leverage their experience to find successful employment.

“It’s a way we can give back,” Harris said. “At NAR, we can’t hire every veteran, even though I want to. But I think especially here in Greenville, there’s a place for every one of them. It just goes down to helping them find what they want to do and helping them find the right place.”

Lee Foster, the CEO of Medals of America, was recently walking with his kids through an underground parking garage in downtown Greenville when he saw an old man cleaning a set of glass double doors. As the old man shuffled aside to let them pass, Foster spotted an Army hat atop the man’s head.

“All I said was: ‘Hey man, go Army!’ And you should’ve seen how much his face lit up,” Foster recalled. “Because in that moment, he’s not some old guy washing windows beside a Starbucks; no, he’s an Army vet.”

Foster, a ninth-generation veteran himself who served in the Army for 15 years, said moments like that make him proud of the legacy his father Army veteran Col. Frank Foster began when he founded Medals of America in 1976.

In that time, Lee Foster has watched the company expand from a small back closet to an 80,000-square-foot facility where thousands of products are shipped out each year.

Medals of America originally specialized in creating shadow boxes in which military medals and ribbons could be arranged. For veterans who have lost those items, Medals of America is able to craft meticulous recreations that are certifiably identical to the originals under guidelines established by the Institute of Heraldry. For certain medals, Foster stressed, the company requires proof, in order to protect against acts of stolen valor.

He said that high standard matters when it comes to recognizing valid service and sacrifice.

“You give a shadow box to a veteran as a gift,” Foster said, “and I don’t care how hardened they are; they’ll be in tears.”

Since its founding, the company has expanded to designing and creating T-shirts, hats, dog tags, tactical and range gear, coins, patches, clothing, banners and other items. Medals of America, which has dozens of veterans on staff, also works with non-profits like Upstate Warrior Solution, which connects veterans and their families to resources and employment opportunities.

Foster said his own family history is a constant reminder of why he finds the work so meaningful.

“There are two ways you can look at it,” he said. “One, you go to a funeral, and you see that shadow box of medals next to the casket. No matter who that person was, those medals say they’re a hero. There’s respect in that.”

But the other way to look at it, Foster said, has nothing to do with tearful sacrifice.

“When you present that shadow box and see the veteran start crying, the assumption might be that they’re thinking about friends they lost, horrible things they’ve seen. But I can tell you from experience, they’re probably remembering the fun moments most of all: messing around in the barracks; the friends they made; the happy times they had when they served,” Foster said. “That’s why I tell people we’re a happy company. We try to bring joy most of all.”

Lockheed Martin has been operating in Greenville for 35 years, during which time the company has enmeshed itself in the local veteran community.

In its Greenville facility, Lockheed Martin employs about 500 people, 40% of whom are veterans. Farmer said those 200 or so employees are crucial from both a cultural and a practical perspective.

“These are people who had direct experience with many of the products and services we provide as a company during their time in the military,” Farmer said. “So there’s that intrinsic connection that they may have with the aircraft, with the systems or services that they were receiving or using, and are now developing themselves.”

That familiarity offers a unique opportunity to understand areas of improvement when it comes to the products or services, as well as the process behind their development. Military contracts, military expectations and schedules: understanding the nuances inherent in that process is invaluable, Farmer said, when it comes to interfacing with customers in a way that makes the company stronger.

Locally, Lockheed Martin has developed partnerships with veteran outreach groups, including USO of South Carolina and Upstate Warrior Solution. The company is also engaged in efforts to cultivate STEM skills amongst veterans in partnership with Greenville Tech, with sponsored resource centers at four of its different campuses.

“We’re always looking at new opportunities and ways to engage in different organizations and the services they provide,” Farmer said.

But she added that some of the most impactful work the company does for veteran outreach is not so much a strict company-led initiative, but rather one that the employees themselves have developed organically. Workers assisting each other, with veterans helping other veterans transition into civilian life, is what Farmer said she views as perhaps the most vital factor in developing positive results for the company as a whole.

“They’ve been there before,” Farmer said, “and they know how to help.”

This Veteran’s Day, workers at Lockheed will stuff care packages for active military. It’s not the most complex or technological work, Farmer admitted, but she said it still matters. 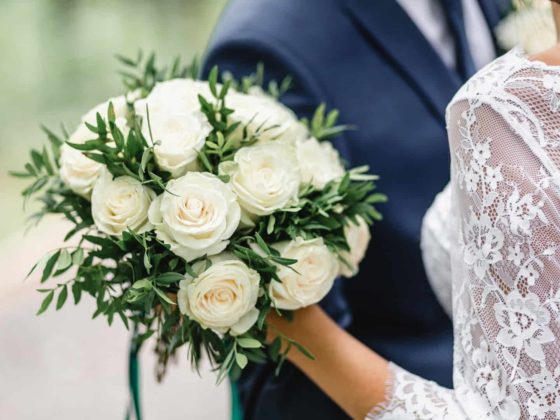 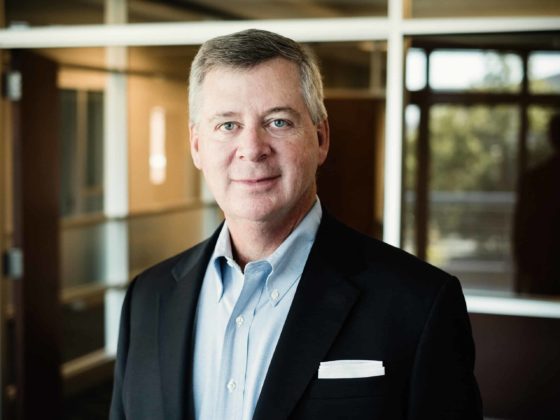 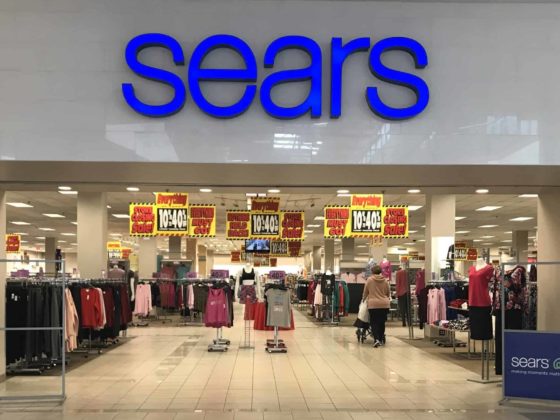 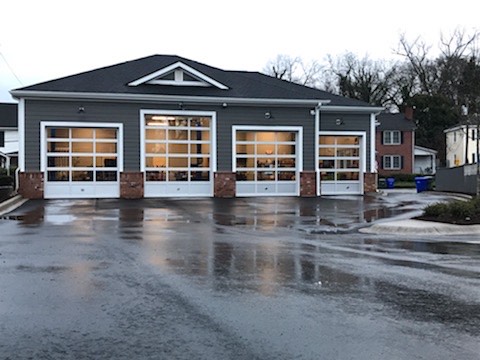 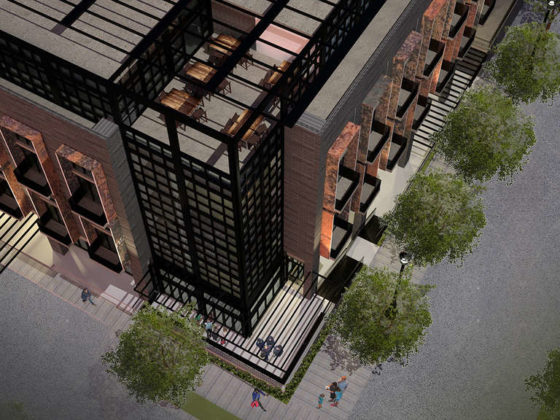 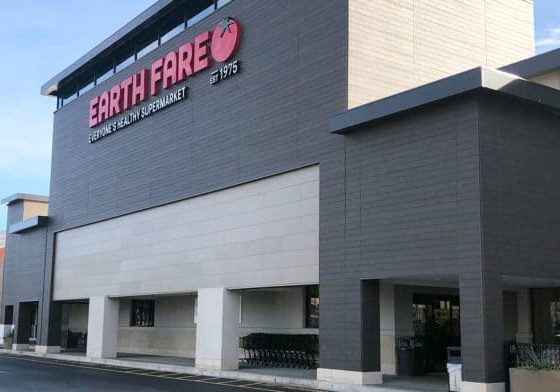