After teasing the idea for months and with renderings submitted to Greenville County Council floating around, Hartness has officially announced the 75,000-square-foot boutique hotel, spa, and restaurant destination that will encompass the Hartness family manor home and surrounding property in the traditional neighborhood development on Greenville’s Eastside.

Hotel Hartness will break ground this month with a projected completion in spring 2021. The boutique hotel will feature 73 luxury suites, a state-of-the-art conference center and ballroom, outdoor event spaces, a free-standing waterside restaurant named Patterson, and a luxury spa that will follow about four months after the hotel’s completion.

“Hotel Hartness will serve as the ultimate destination for those looking to experience incredible amenities and a level of service not currently offered in the Greenville market,” said Sean Hartness, CEO of Hartness. “I am thrilled to be a part of transforming the Hartness family estate into a destination address that will be enjoyed by both the local community and out-of-town guests for generations to come.”

For decades, the Hartness family has used their home to host hundreds of local charity and civic events. Paying homage to the rich history of the family home, Hotel Hartness will incorporate much of the home into its design, including the lobby, great room, lounge and bar areas.

Hartness said the goal with the project is to keep it in the family for posterity’s sake but now to share it with the larger Greenville family.

The hotel will be managed by New Hampshire-based Hay Creek Hotels, which has 19 additional properties, including two in Charleston. Hay Creek was chosen by Hartness because of their proven passion to provide superior service and inspire excitement within the small, independent hotel sector. These values are driven by the idea that the best hotels are ones that draw on the spirit, culture, and character of their locales.

The restaurant at Hotel Hartness will represent a unique dining experience nestled within a serene and tranquil setting. A short walk from the main hotel through a manicured lawn, Patterson, named to honor a branch of the Hartness family tree, will be located in a free-standing building adjacent to a pond.

The window walls will be moveable to provide an outdoor dining experience on a wrap-around rear porch. The heart of the restaurant will be an exposition kitchen that will prepare a variety of locally and regionally inspired menu items.

“On behalf of Hay Creek Hospitality, we could not be more honored to work on this incredibly exciting project for the Hartness family,” said Norman MacLeod, president and founder of Hay Creek Hospitality. “The stunning grounds, richly defined family legacy and welcoming neighborhood setting make this an ideal location for the surrounding community and region to enjoy for many years. We look forward to this partnership and building on the momentum on this exciting neighborhood development. It will be something very special for Greenville and the entire Upstate.”

MacLeod’s hospitality experience includes a lengthy stint with Starwood Hotels that led to his having a hand in the revitalization of the Westin Poinsett in downtown Greenville. This project brings him back to Greenville where he plans to help the Hartness property continue its long-time relationship with the community while creating something special for guests, he said.

He said what sets Hay Creek restaurants apart from many other hotel restaurants, is that they are designed to be used by the entire community, not just hotel guests. And while quality and service will be at a high level, the menu and price point will be approachable, MacLeod said.

“It’s unique and special but not to be the most lavish,” Hartness said. “It’s meant to be comfortable.”

Additionally, he said the price point for the hotel isn’t “The Red Roof Inn, but will be something very competitive with downtown offerings.”

The location between the airport, many large manufacturers such as Michelin and BMW, and downtown provides a unique opportunity to draw from the entire surrounding area, Hartness said.

“It will be a great alternative for people who don’t want to go downtown,” he said.

In addition to overnight accommodations and the restaurant, the hotel will include two levels of meeting and conference space, featuring a variety of indoor and outdoor venues that can be customized for weddings and small to medium sized events as well as a ballroom that can host up to 300 people.

The adjacent spa will be designed and managed by WTS International, widely regarded as one of the leading spa design and consultancy firms in the world.

“It’s a great addition to the hospitality landscape of Greenville,” Hartness said. “It provides another great option we will bring to the marketplace that doesn’t really exist.”

Hartness, the planned residential community that sits on 444 acres, was designed with walkable blocks to keep residents close to daily conveniences, public spaces, and nature. Residences in the first two stages of the project are currently under construction. 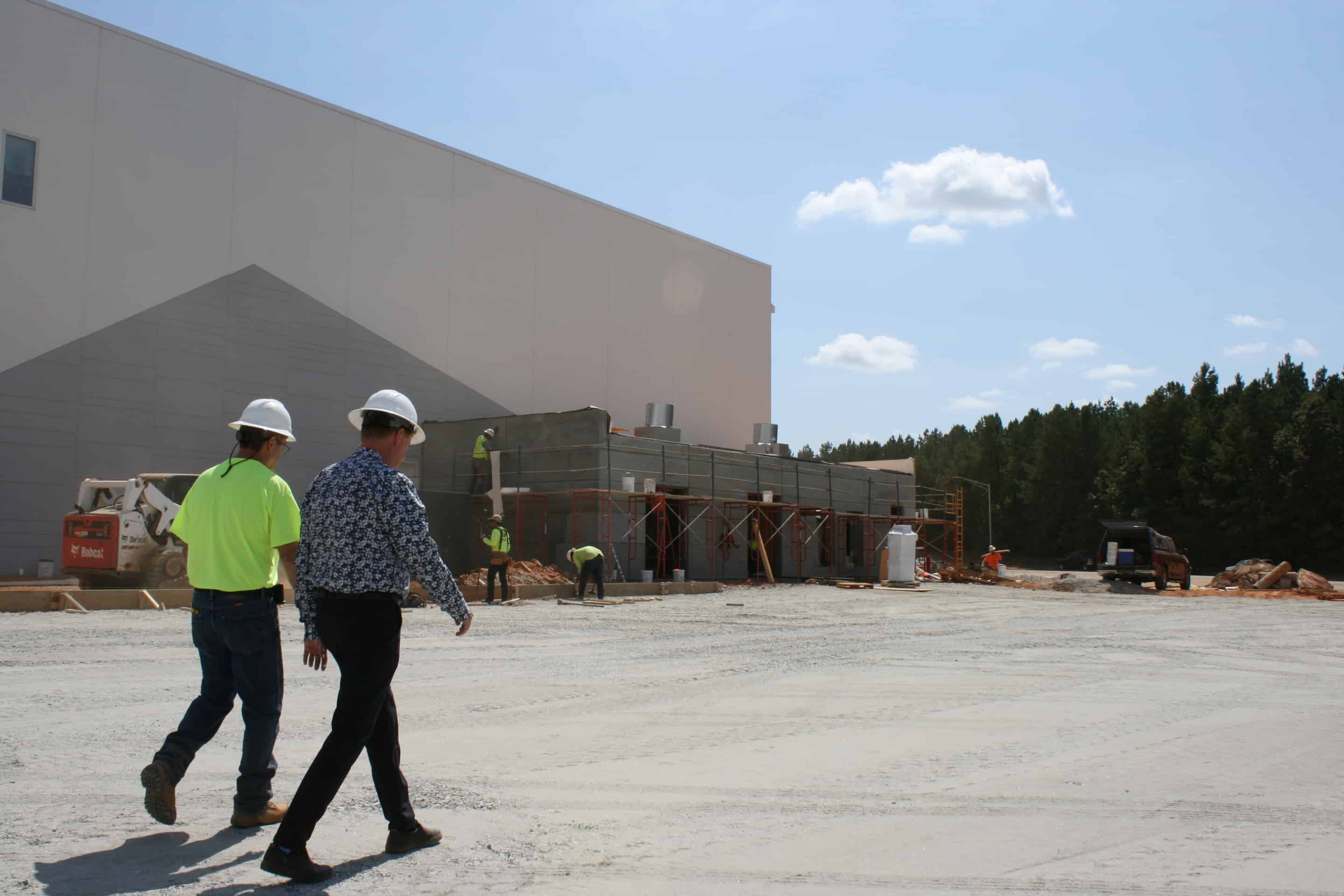 Manufacturing: Made in the Upstate