What’s the history of GMU? The Greenville Downtown Airport (GMU are the code letters) sits 3 miles from downtown Greenville and directly adjacent to the upcoming Prisma Health Swamp Rabbit Trail Green Line (the bike trail spur parallel to Laurens Road). GMU has a fascinating history and continues to be a hub of activity. It opened in 1928 and had its first airmail flight in 1940.

Did you know… that Amelia Earhart flew a novel aircraft, the Beech Nut Autogiro, and landed at GMU on Nov. 14, 1931? She demonstrated takeoff and landings to several thousand in attendance and then spoke twice that day in Greenville at the Poinsett Hotel to a crowd who paid 50 cents for a luncheon.

How is the airport managed? The five-member board of directors (commissioners) is appointed by the elected bodies of the city and the county.

How is the traffic now? Interestingly, Airport Director Joe Frasher said that despite the pandemic, there is an “uptick in charter aircraft flights.” These are run by growth businesses such as NetJets, FlexJet and WheelsUp, which have accumulated hundreds of aircraft and are growing chartered services nationally. Open any business magazine, and you’ll find these stocks are considered super hot. Private local company Special Services Corporation is headquartered at GMU and offers the same private air services.

Like Uber in the sky? Exactly. With an expanding fleet network of thousands, a charter flight can take executives to a morning meeting in the Midwest, pick up another group and hop to another city. In a recent article on aviation, Wheels Up CEO Kenny Dichter said he wants to work on the company’s front-end app to make it as “easy as Uber.” Customers can also include families who would have flown first class on commercial airlines and are looking for summer travel.

What else is at the airport? Experts in the field of aviation had predicted a significant shortage of pilots over the next decade, and the recent pandemic has altered the commercial pilot industry. Yet, despite the disruption, there are five different flight school classes going on at GMU.

What about the Civil Air Patrol? The CAP was created by the War Department during WWII as an all-volunteer group to supplement the United States Air Force. The mission of the group today is to educate people in aerospace. The current local program includes a cadet program currently 80 teenagers strong — students aged 12-20 — who can learn about aviation. Squadron meetings are Monday evenings, and interested students are encouraged to attend. If they complete the program, they can join the USAF with the rank of Airman First Class.

What about private air travel? Folks who fly their own aircraft have continued commuting. Business owner Paula Rallis flies from Charleston to her business in Greenville regularly. She earned her pilot’s license at age 28. “The convenience to fly into GMU makes the commute incredibly easy,” she said. “I also trained at GMU, so there is a great comfort level in flying back into my home airport. With the short distance to downtown, I’m able to schedule a meeting 20 minutes after touchdown. I can have a full day of work and still make it back to the coast before sunset.”

What’s next for GMU? The Runway Cafe and kid favorite Runway Park have been a huge hit for little aviation enthusiasts. The parking lot and the Military History Center of the Carolinas Museum are under construction and expected to be completed September 2020. Frasher said his team is looking to add a miniature golf course. If the FAA approves this, the mini golf course could open as early as spring 2021, Frasher states.

What about growth? Frasher said investing in infrastructure for the jet center and airport are part of his team’s growth plan. Construction during the pandemic has not stopped. LED lights have replaced all incandescent lights on the runways. New engineered material arresting systems (EMAs) are being installed on both runways. (These are basically ginormous speed humps at the end of a runway that won’t damage a jet engine. Kind of like those off-ramps for 18-wheelers on mountainous highways.) Safety is the No. 1 priority, and Frasher announced that both runways will be resurfaced and repaired with $8 million in Federal Aviation Association COVID-19 relief money.

What about the future Prisma Health Swamp Rabbit Trail? Frasher is encouraged by the county’s upcoming trail spur. (More on this awesome trail coming!) He has visited several municipal and large airports that offer public lookout stations, and he would like to offer a viewing area on the trail to see planes approaching Runway 1. Would Amelia Earhart love that? Talk about inspiring future aviators! 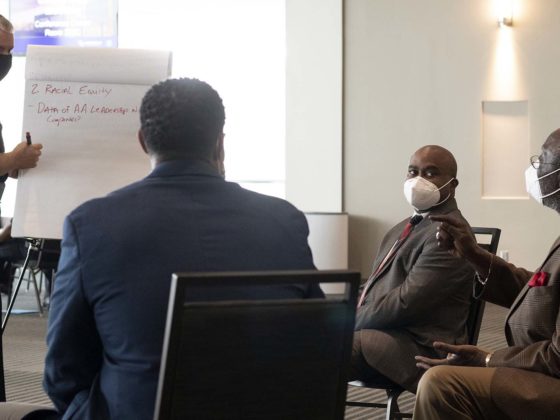 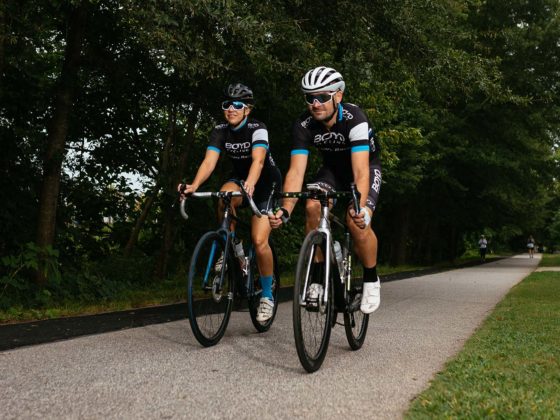