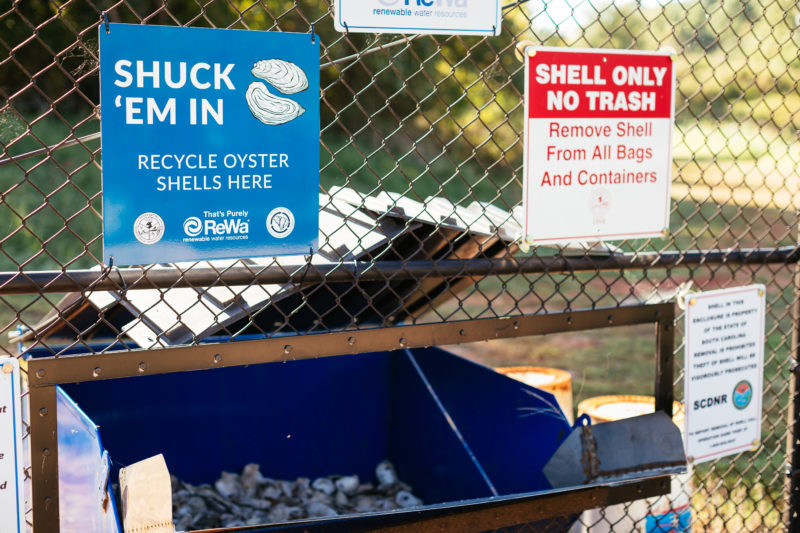 When asked to partner in an effort that’s revitalizing South Carolina’s coastal waterways, Kevin James and his team at ReWa dove right in.

The request to launch an oyster shell recycling location in the Upstate came in late 2017 from the South Carolina Department of Natural Resources. The agency was seeking to expand SCORE (South Carolina Oyster Recycling and Enhancement), which manages state shellfish grounds, oversees shell recycling and supports community-based habitat restoration. The goal was a cost-effective way for SCDNR to obtain more shell to aid in the management of South Carolina’s oyster resource.

“People here eat a lot of oysters,” says James, ReWa’s director of water resource recovery, “and DNR wanted a way to collect those shells [which can be replanted in the coastline’s shellfish grounds] instead of letting them go to the landfill.” 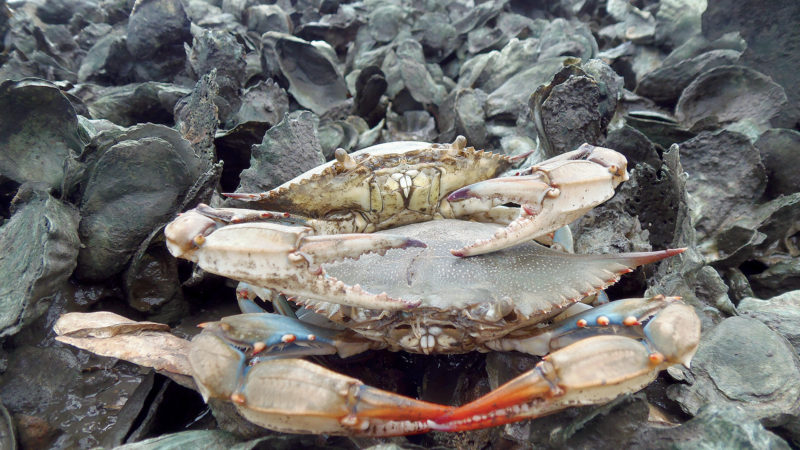 Regenerated oyster beds play a vital ecological role in improving water quality, controlling erosion and providing habitat for other sea life — and SCDNR has a critical need for more shucked shell to pour into the project. With shell recycling established in coastal cities, the program was looking to extend its reach with a drop-off point in the Upstate.

“Every shell counts,” explains SCORE program manager Michael Hodges. It takes three bushels of shell to create 10 square feet of reef, he says, “and we are at a real loss for shell.”

While an estimated 300,000 bushels of oysters were consumed in the state last year, only about 35,000 bushels of shell were recycled — a record, Hodges notes, “but there’s still plenty of oyster shell available for recycling.”

Currently, SCDNR purchases more than 20,000 bushels of shell from out-of-state shucking houses for planting on South Carolina’s shellfish grounds. The price can increase greatly due to high demand, so increasing its recycling effort makes financial as well as environmental sense.

Recruiting ReWa was a natural choice. “We knew this would be a good match,” Hodges says. “Our missions align; both organizations promote sustainable solutions to support natural resources.”

In just three short years ReWa has collected 1,560 bushels of oyster shells — at ~200 shells per bushel — and returned them to coastal waters. Upstate Master Naturalist Carole Lyles spearheads the volunteer effort to pick up shell from local restaurants. Volunteers go by the eateries weekly to swap out recycling containers and transport collected shell to the Mauldin Road Water Resource Recovery facility, where it’s stored until gathered up by SCDNR for a return trip to the coast. A six-month quarantine is required to eliminate bacteria before shell can be planted back into an estuary to help South Carolina’s coastline thrive.

Hodges praises the partnership between SCDNR and ReWa. “They’ve allowed us to expand shell recycling into the Upstate, which at one time was unthinkable due to the logistical challenges of our office being in Charleston,” he says.

“Shell recycling fits right into what we do here at ReWa — it’s one more way to promote our mission and support renewable resources,” says James, noting that one adult oyster can filter up to 50 gallons of water per day — that’s 18,250 gallons of water per year — in short, doing the same type of work that ReWa does. Call them a natural purification system. “We are committed to improving our community’s quality of life by transforming wastewater into renewable resources through responsible and innovative solutions.” 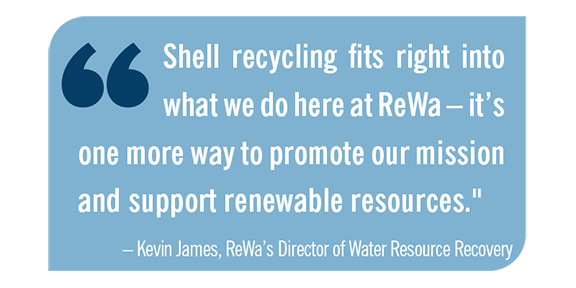 What can you do?

If you love eating oysters — and love being part of a sustainable solution, too — then do not dump the shell in the trash. Instead, bring shucked shells to the designated container at ReWa’s Oyster Shell Recycling Site, located just outside the gate at 561 Mauldin Road.

You can also volunteer to collect oyster shells from local restaurants that partner with the SCDNR program and deliver them to the ReWa collection point. 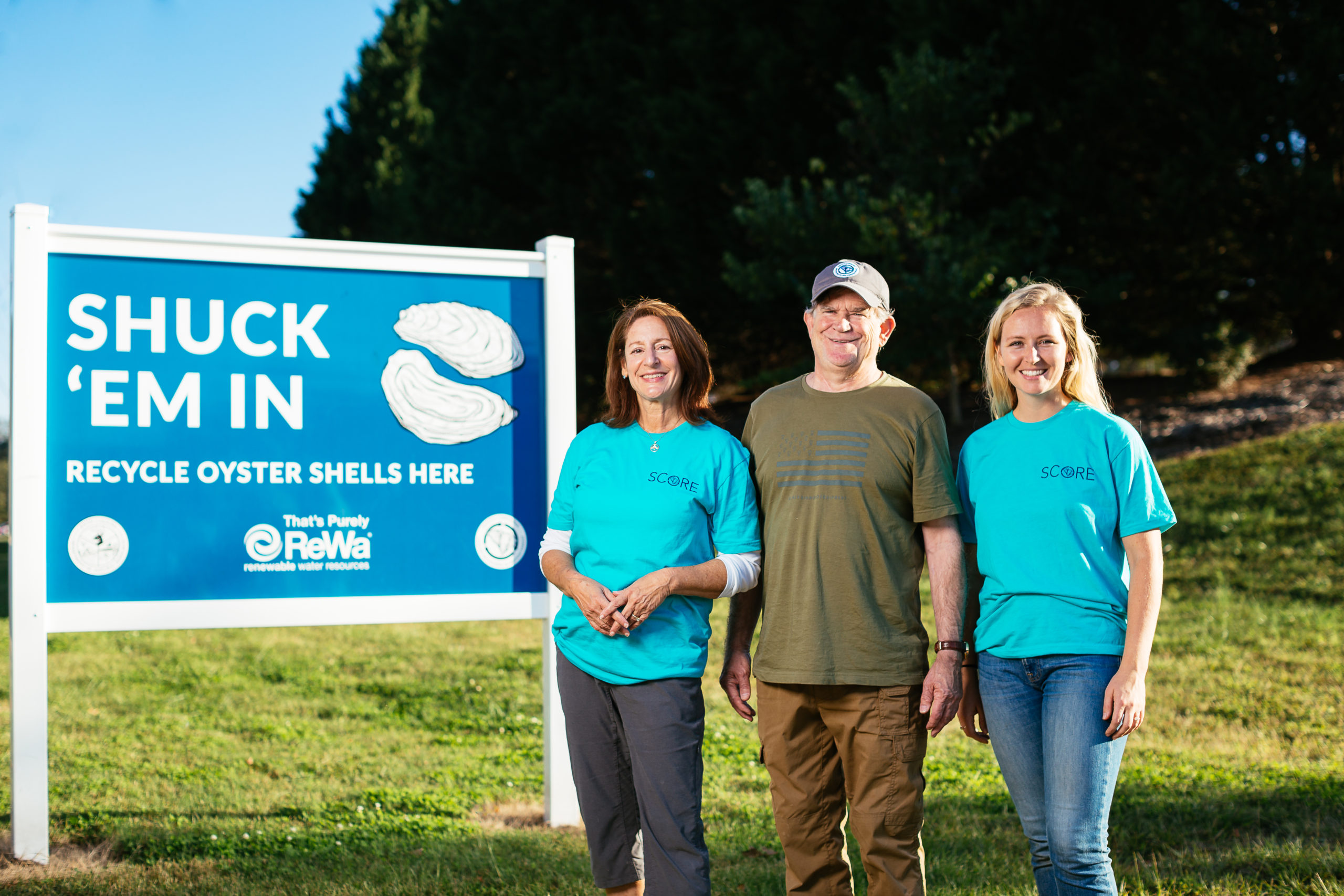 Local restaurateur Don Marcum appreciates the opportunity to give back to the source of Shuckin’ Shack Oyster Bar’s menu staple. He used to throw shells away, because there wasn’t an easy or cost-effective way to recycle them — but now he turns over as many as possible to ReWa.

“Our consistent source of oysters depends on the long-term viability of the beds and harvest locations,” Marcum says. “The more shells we can get back to those beds, the better chance we all have of being able to enjoy oysters for a very long time!”

For Kevin James and his team at ReWa, it’s one more way to take pride in their sustainable work. “We’re really glad to participate in this program,” he says. “It just fits into what we do.”