A pair of sneakers dusted in red clay with laces loosened; stilettos kicked off after a hard day; flip-flops; scuffed work boots; and dangling ballet shoes — these are a few of John Pendarvis’ paintings exhibited at the Artists Guild Gallery of Greenville.

“I would hope someone would look at those shoes and remember someone or see someone who has worked really hard at something,” the 70-year-old painter says, facing his works displayed at the Main Street gallery. Because he has worked hard at his art.

Working in acrylics, mixed media and serigraphs, among others, Pendarvis trains his eye on the flowers he gardens, on musicians — he plays sax — and on “heritage pieces,” such as African Americans picking cotton or at a river baptismal. A current subject: shoes.

“You don’t see the girls, you don’t see people at all in it,” Twiggs says of the work from his Orangeburg home. “He uses socks and color. When you look at the print, it’s attractive, but the idea behind the print shows that he was very thoughtful in expressing himself.”

Noting the vibrancy of the black girls’ socks against the more muted hues of the white girls’ socks, Twiggs also mentions “Black Panther,” the blockbuster film that drew acclaim for its vivid “Afrofuturistic” costuming.

“You see the African-American experience — that kind of coloration you see in kente cloth or an African king or queen,” Twiggs says. “What John does in his work, he understands it.”

Pendarvis grew up in Kingstree, where he recalls his mother’s first cousin, Wilbur, a cabinet and furniture maker who never earned a living as a visual artist.

“I started drawing, trying to emulate him, even before I started school,” Pendarvis says.

Wilbur died when Pendarvis was 12, he says, “and I remember thinking what a waste that was, that here was this really talented man that no one knew — but I also recognized at the time of his death that I had some talent he had, that I could draw.”

He pauses and reflects, “Maybe it wasn’t really a waste, because he had such a huge influence on me.”

Later, he fell in love with computers. “I remember the first time that I wrote a program, and it spit out what I wanted it to spit out,” he says. “I thought that was very creative.”

In the 1970s, he joined Fluor Corp. as a computer programmer and moved to New York, where he also studied at The Art Students League of New York. The 145-year-old organization has helped train the likes of Georgia O’Keeffe, Jackson Pollock and Ai Weiwei.

“That’s what I admire about John,” Twiggs says. “On weekends and in his spare time, he still could continue to paint and do very well.”

Pendarvis remembers an Art Students League professor who told the class: “’You need to decide that you are no longer an amateur, that you’re a professional artist, and once you make that decision, you go for it.’” 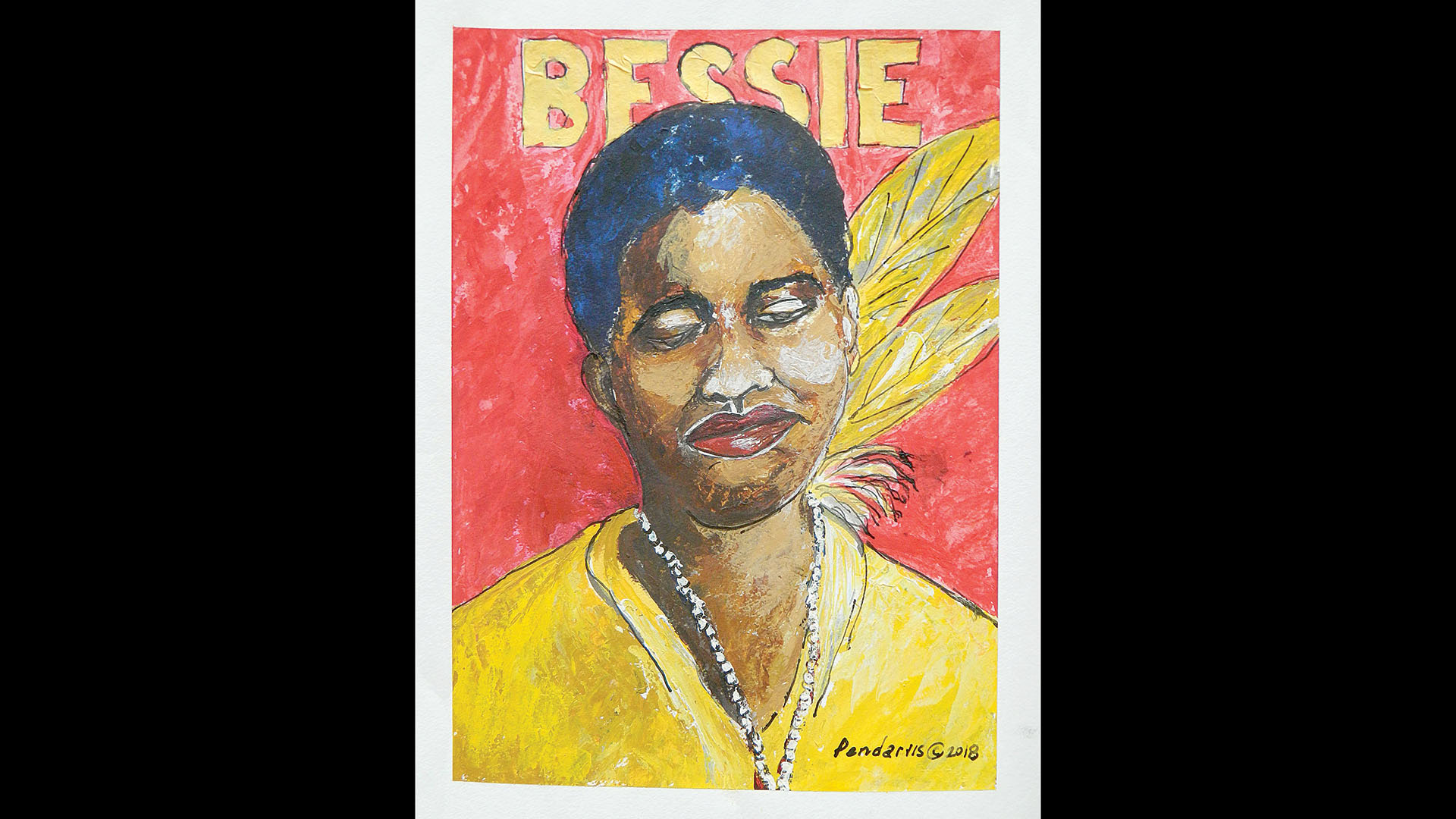 In 1974, he took that leap and returned to Greenville. His award-winning work has appeared throughout the Southeast and belongs in private collections across the U.S.  Through February, he’s included in Greenville Technical College’s fifth annual African-American History Month exhibition.

“With art, you have a voice, and you decide how you want to use that voice,” he says. “I use it to show the world around me — sometimes how beautiful the world is, with flowers. Sometimes I try to make people think, stir up a little bit and make people remember, perhaps.”