Greenville’s first black letter carrier, hailed as one of the earliest proponents for a park in West Greenville, is now seen as an inspiration for what is becoming Unity Park.

“The Negroes of this city have been seeking for some time for an outlet for the surplus energy of their boys and girls, also for people in general.” Elias Brown Holloway wrote in a letter published in the Greenville Piedmont newspaper on March 30, 1939.

Holloway also made his case to Greenville City Council in June 1939, bearing 376 names on a petition, according to the city’s Unity Park website.

While the city today puts Holloway at the forefront of advocates for a recreational site for people in general, “what became of the plan for a new African American park is unclear,” the site says.

What is clear is that Holloway, who was born in Charleston in 1888, became an outspoken leader, a deacon at John Wesley United Methodist Church, a teacher and principal. He was also a prolific contributor to newspapers’ editorial pages with columns and letters to the editor.

“He was quite vocal,” says Courtney Tollison, distinguished university public historian and scholar at Furman University. “You get the sense that was his personality. He’s really kind of an earlier member of the pantheon of people who established the foundation for Greenville’s civil rights movement.”

According to the U.S. Postal Service, the 1891 “Official Register of the United States” shows Holloway was one of five carriers at the Greenville Post Office, “along with one substitute carrier.”

“The regular carriers like Holloway earned $850 per year,” a Postal Service historian says, adding that by 1911, “Mr. Holloway was listed as earning $1,200 as a letter carrier at Greenville.”

The John Wesley church bulletin for Feb. 16 showcases Holloway, along with a contemporary, Benjamin E. Mays, the renowned civil rights activist who was born in 1894 in Ninety Six, South Carolina. Holloway died in 1949 and Mays in 1984.

“There are several records (1929-1947) of John Wesley Methodist Church involving Holloway, including minutes of meetings, financial records and other church papers,” the bulletin says. 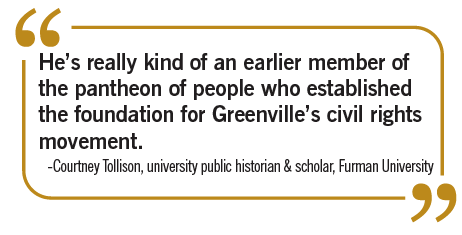 In a 1942 letter to the S.C. Conference of the Methodist Church, Holloway wrote about a ”profitable year for farmers reflected in the large amount of money collected from congregations,” the bulletin says, and another “condemning the Ku Klux Klan and its activities.”

The University of South Carolina holds a trove of Holloway’s papers, while Tollison says Greenville still holds the benefits of his legacy.

“He was someone,” she says, “who defended and promoted African American interests in the city in a time when there were not many voices advocating for them.” 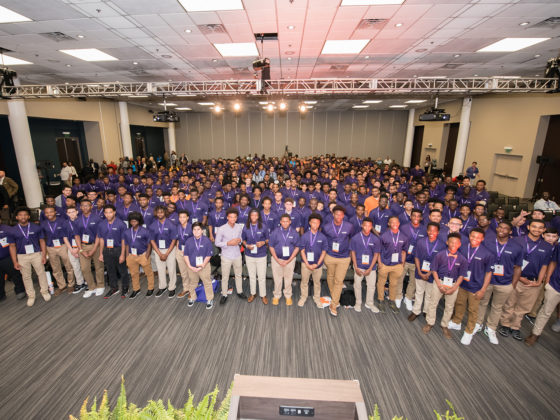 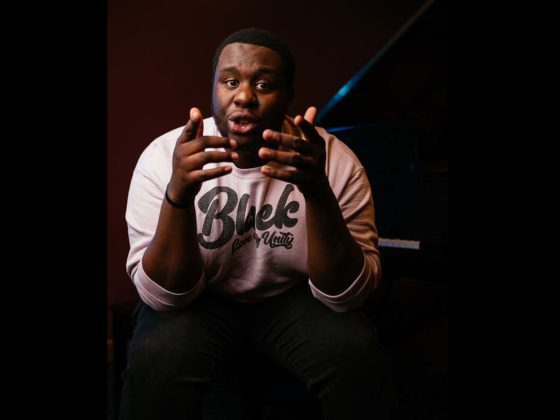