Super Bowl Sunday found Eva Thornton in a Philadelphia Eagles jersey, No. 7, her arms raised in praise and her hands waving to the gospel sounds rising toward a time-honored crescendo in Jubilee Baptist Church’s morning service.

At nearly 83, she appeared to be the oldest congregant, though she started coming to the church only about a year ago — among a burgeoning number of white members who in the past year have joined what’s considered the oldest African American church in Greenville.

“Although we were organized as a black church, it’s bigger than black,” says Reggie Garrett, senior pastor and the church’s 23rd since Jubilee’s organization in 1864, a year after the Emancipation Proclamation. “It’s about, do you believe in the Lord savior Jesus Christ?”

The original dozen or so members chose to name their church Jubilee to reflect their newly won freedom. Often referred to as “The Mother Church,” Jubilee is one of nearly two dozen black churches in Greenville that share a tradition that stretches back more than a century.

Now housed in a granite building erected in 1945, the church is perhaps the only one that remains where it’s always been, occupying a three-acre site off Old Rutherford Road in eastern Greenville County.

Closer to downtown, Mountain View Baptist Church has served the Southernside neighborhood since 1908. Today’s 300 active members worship with the Rev. Stacey D. Mills, only the fourth pastor in the church’s history.

“The black church was the convergence of every person from every walk of life into one place on a Sunday or a Wednesday,” Mills says. “No matter what you dealt with throughout the week, as far as oppression went, it was in church where you are able to release that and get a sense of how to survive for the next week.”

Mountain View’s original members first congregated in a storefront before fashioning their own edifice, a so-called “brush-arbor building,” essentially a glorified lean-to with tar-paper roofing and wood that was hewn on-site. Today’s 112-year-old red brick church operates near that ground.

These days, both clergymen, as they reflect on Black History Month 2020, say the tradition-rich African American church is changing.

While they still boom with roof-raising gospel music and pastors’ voices referred to in a 1927 book as “God’s Trombones,” black churches are becoming less a sanctuary for freed slaves than they are a source for reconsidering race altogether, the two clergymen say.

“The black church experience is, in and of itself, part of the Southern heritage, and that really causes some people some discomfort when thinking about the race of God or the race of Christ,” Mills says. “But God is raceless.”

‘The most segregated day’

“It isn’t so much your color,” says Garrett, wearing Cincinnati Bengals regalia before he dons his white chasuble and red stole, emblazoned with gold doves, for Jubilee’s raucous 11:15 a.m. service.

“I think that’s the problem. Sunday is too segregated. It’s the most segregated day. We have more segregation on Sunday, and it should be the most unified day.”

Thornton’s own history seems to echo both pastors.

She’s originally from Medford, Massachusetts, near Boston, an important stop on the Underground Railroad and home to slave owners and their enslaved property in the 17th and mid-18th centuries. Now, during the free-for-all service on Super Bowl Sunday, she glides from her third-row pew and toward the back to welcome a visitor.

“When I tell people I go to this church, they kind of look at me,” she says, scrunching her lips as if to mimic judgment. “And I tell them, ‘Do what you have to do and I do what I have to do. It makes me feel good.’”

“The black church experience is, in and of itself, part of the Southern heritage, and that really causes some people some discomfort. But God is raceless.” Rev. Stacey D. Mills 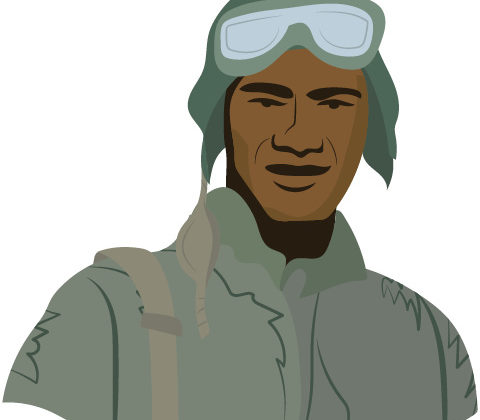 Singer Jamie Wright overcame bullying and stayed true to herself