Each year, thousands of young artists from all over the country compete against each other in literary, visual, design, and performing arts for the YoungArts competition. With more than 7,500 student submissions from 47 states, the top 10 percent were recognized as winners in 2018.

Representing the growing artistry in the county, nine Greenville high school students received recognition in the national arts competition. Four of these nine are YoungArts finalists.

The South Carolina Governor’s School for the Arts and Humanities had six students who placed in the competition, including the four finalists.

SCGSAH student Aidan Forster received a writing finalist award in creative nonfiction and an honorable mention in poetry. Forster attended National YoungArts Week in Miami last month along with other finalists, and he now qualifies as a candidate for the U.S. Presidential Scholar in the Arts, one of the highest honors for high school students with academic and artistic excellence.

Forster submitted two personal essays and a poem for the competition. One essay centered on his voice, which he received criticism for at a young age for its highness. “That piece is called ‘Autobiography of a Voice,’ and it explores my relationship to my voice as both an agent of beauty or positivity in my life but also something that inhibited my social presence in ways,” Forster said.

Forster said his two personal essays really connect and speak to each other. “My other piece examines the particular isolation that I felt growing up queer in the suburbs,” he said. “I chose those because I thought they were my most potent pieces, both in terms of language and content and the communion between the pieces that I thought was the most exciting.”

With his primary passion poetry-writing, Forster hopes to pursue literary work in the future. “I realized at YoungArts that my possibility as an artist extends beyond just the creation of poetry, but to advocacy and activism. I think I would also like to somehow unite my passions for writing and my passions for the LGBTQ community and activism just as sort of a joint venture.”

Another SCGSAH student, Kyle Tolbert, won a voice merit award in the singer-songwriter category. He submitted an original piece called “Bridges” through a technique called live looping. “I looped these layers of sounds and they repeat themselves, and then I’d sing over that with my lyrics and melody,” Tolbert said.

Saying that looping isn’t something most people are familiar with, Tolbert drew inspiration from singer Kimbra and used looping to capture the audience with a unique performance.

“I’m going to pursue music as an artist. I want to go to college and get the whole spectrum of music, business, marketing, artist management, singer and songwriter, and artistry development,” he said.

Tolbert says he has something to say with each of his performances. “I think that art is a way to expand your mind and just open your mind to be more connected to the people around you, the community, the world really.”

The young musician also recently spent some time songwriting with producers in Los Angeles. “I found out that I do my best songwriting when I write about things that are personal to me,” Tolbert said.

“My inspiration for the series derived from an examination of the messages expressed by the Black Lives Matter community in protests and rallies,” Hopkins said. “The entries also draw from anecdotes concerning the movement and its connections between my family and me.”

Hopkins plans to pursue a degree in illustration after graduating high school. “In regard to my future as an artist, the experience at YoungArts influenced me to become more open and vulnerable in my pieces and make my work more genuine,” he said. “Doing this, I’m hoping to leave an impact on my viewers and allow them to evaluate their stance on social injustice.”

Students Samuele Parrini and Rachel Yi each received merit awards for classical music in violin. Both young musicians submitted concerto and sonata pieces by Bach, Beethoven, Mendelssohn, and Glazunov, as well as some pieces by contemporary artists.

Laughing, Parrini and Yi both said that preparation for the competition required lots and lots of practice. They mentioned the value of winning an award such as YoungArts and the recognition by colleges that is received. “YoungArts’ goal is to open up opportunities and give support to musicians,” Yi said.

Looking to the future, Yi will pursue music as a career and as a service. “My long-term goal is to be a musician that can bring music to students and the community,” Yi said. “I think before I settle down somewhere I do want to experience the life of a soloist and also chamber music professionally and being able to work with different musicians and see how well I can collaborate with everyone.”

For Yi, music is a way of portraying who she is as a person and what she wants to bring to the world. “I think arts in general gives a freedom in the society that we have. I don’t think there’s really any limit to what there can be and what is already there.”

Parrini looks forward to studying music in college and has three different avenues of music he’s considering. “One being a soloist, second being a chamber musician, and the third being an orchestral musician,” he said. “It’s hard to say which one I’d prefer now because I have had a few opportunities in all three aspects, but I’ll just keep growing and figuring out which ones I like more.”

Speaking to the value of art in society, Parrini described music as a language with no words or phrases but feelings. “It’s a great feeling to be able to speak on stage without saying a word,” he said, “to come up with emotions that you would like to portray and then to do your best to share that with an audience.”

Another student winner from The Fine Arts Center, Anna Burkhardt, received the visual arts merit award. The portfolio she submitted for YoungArts consisted mainly of fiber arts along with some other pieces.

Burkhardt plans to study art in college and build a career from that focusing on fiber arts. “I think [art in the community] is very important. It’s an aspect that has come to define Greenville,” she said. “It’s something that people contribute.”

The National YoungArts Foundation, based in Miami, provides emerging young artists ages 15 to 18 with a strong community of encouragement, opportunity, and support. Chair of the SCGSAH creative writing department, Scott Gould, spoke to the value of a competition such as YoungArts. “It’s important for students at this age working in this kind of environment to see where they stack up with their peers.”

The South Carolina Governor’s School for the Arts and Humanities student winners: 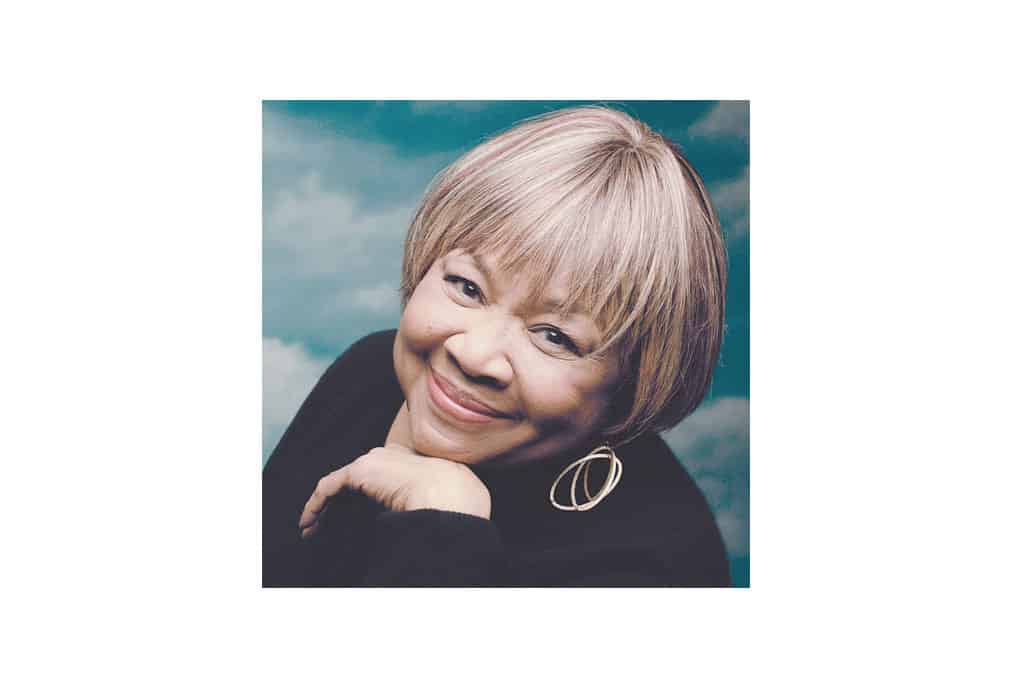 R&B icon Mavis Staples’ messages of kindness and understanding continue to resonate with fans, both old and new 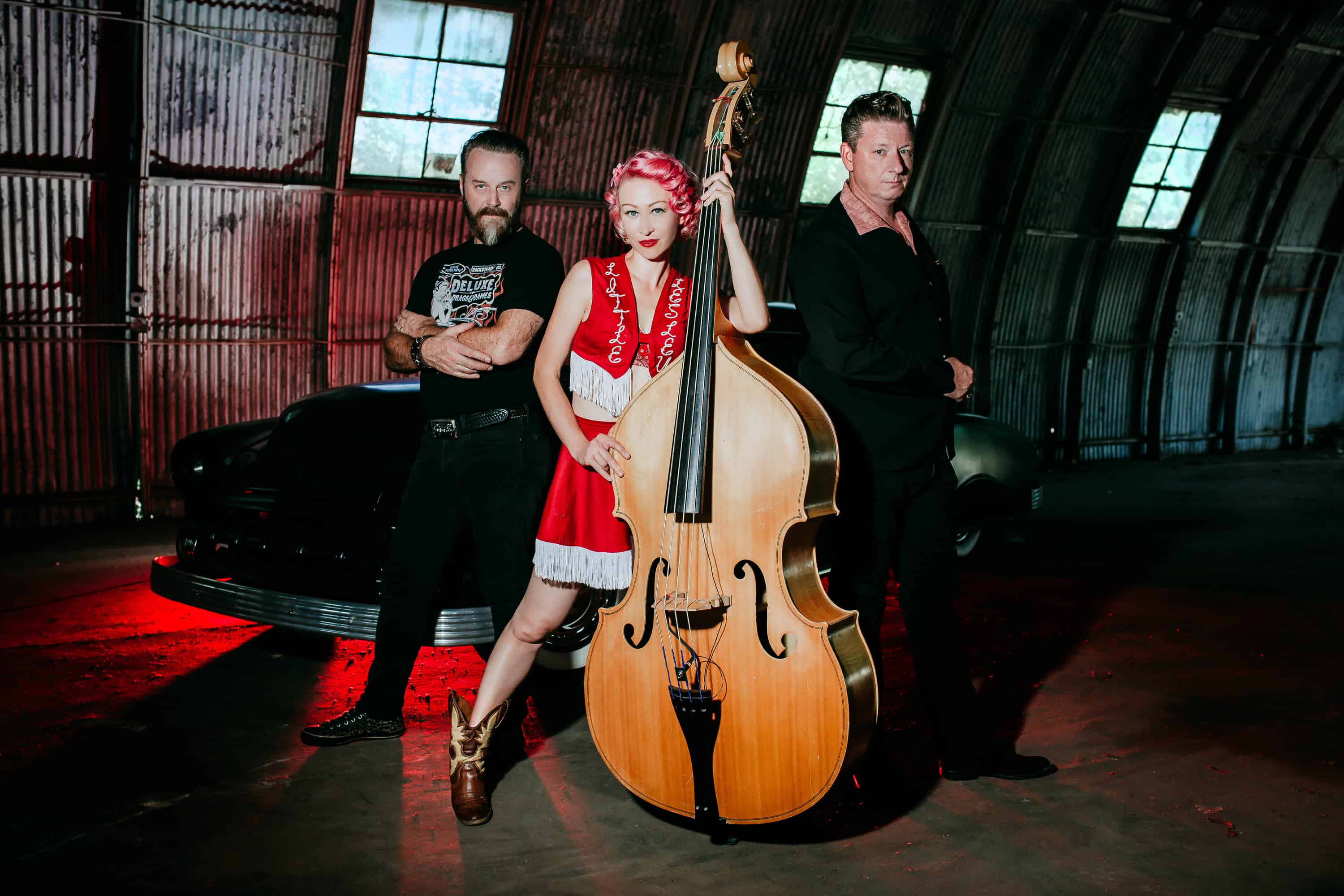 For rockabilly trio Little Lesley & The Bloodshots, playing festivals was key to getting noticed