Upstate band Wolfgang Wallace’s new release, “Wolfgang Wallace Does The Dance Macabre,” is no mere concept album. No, it’s a full-on musical about love, murder, and tax evasion with stage directions, dialogue and, at some point down the line, a stage show.

Here’s the plot in a nutshell, according to one of the band’s singer/guitarists, Joe Powers:

“Perpetually lost and alone, J. Powers falls helplessly for Agatha Winchester, a con-woman, and aims to win her love by selling faulty parts to an airplane manufacturer,” he says. “Caught and tried, Powers is forced to forfeit his fortune and loses his partner in crime. He finds himself stumbling to a fortune teller who divines that his true reckoning has only just begun.”

“It is then that our story shifts above to Wolfgang Wallace, a fighter pilot frantically scrambling to write a marriage proposal to his girlfriend, Viola, as his engines begin to fail,” Powers says. “The crash sends him into a 10-year coma and surgeons are forced to replace much of his body to save what remains of his shattered life. As Wolfgang awakes and discovers he is more machine than man, he flies into a fit of rage and kills his newly-betrothed. This sends him on a supernatural quest for revenge which can only end by sacrificing Powers to revive his lost love.”

“Brett used to be some guy we met at open mic in early 2019,” Powers says, “and now he’s a driving force within the group.”

It can also be beautiful and elegant music, as the band demonstrates on “Harbor,” one of the most heart-rending ballads you’re likely to hear on a local release this year.

“Wolfgang Wallace Does The Dance Macabre” isn’t something Powers and Wallace could ever have done as a duo, and they’re quick to credit Clanton, who also produced the album, and Joseph Smolin, whose haunting, hollow-eyed album art completes the package.

“Brett used to be some guy we met at open mic in early 2019,” Powers says, “and now he’s a driving force within the group and truly the architect of this album. And Joseph Smolin has grown to define the visual style of the band. He just comes to us with these beautiful, finished works like our album art or the video for ‘Dance Macabre,’ and we’re always blown away.”

“I set up a studio in my garage.  It was 100% covid compliant which made it an interesting experience to say the least.”

“Joe and I are like the kids in a group project who coasted through everything while Brett did 99% of the work,” Wallace adds, “and he still had the kindness to put our names on it. And Joseph Smolin has 100% influenced our artistic direction and has given the band a sense of identity that it definitely didn’t have before.”

Clanton’s recollection of recording the album reflects his crucial role in creating it.

“The drum tracks were recorded at Sit ‘n Spin studio over one weekend in February 2020,” Clanton says. “After the lockdown, I set up a studio in my garage.  It was 100% COVID compliant which made it an interesting experience to say the least. It gave me a worthwhile project to occupy my focus during the lockdown.”

“We recorded basically the whole album in Brett’s garage,” Wallace adds, “with a little vocal booth and everything. Brett has really mastered the art of producing/engineering and there’s no way we could have done this without him being a recording-maniac.”

Judging by the finished product, he’s not the only maniac in Wolfgang Wallace. 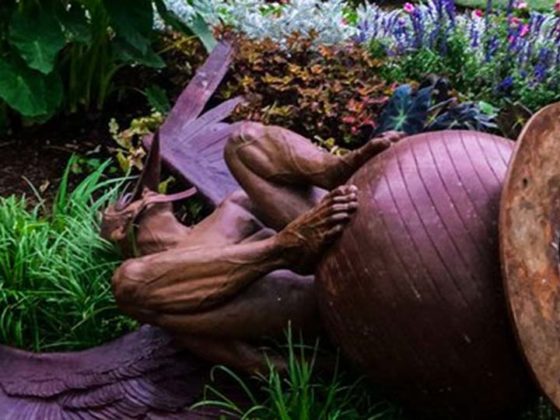 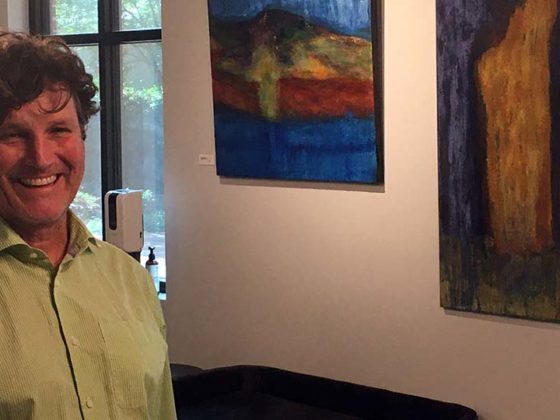