There it was, in black and white: Steve Wilson’s name, on a ballot for an International Bluegrass Music Award. An IBMA is one of the most prestigious honors a bluegrass artist can win, and the Upstate’s own Wilson, a banjo player and banjo builder, is in the running along with his band, Wilson Banjo Company.

Past IBMA winners include Alison Krauss & Union Station, The Del McCoury Band and the Steep Canyon Rangers, so Wilson is in some heady company.

“Wilson Banjo Co. ended up on the first ballot for New Artist,” Wilson says, “and I also ended up on the ballot for Banjo Player of the Year. We made it to the second ballot, and now we’re waiting on the vote for the final ballot which will be the final five for the actual ceremony, which is pretty stunning. We weren’t expecting that.”

“It’s unbelievable, because I never expected to see my name sitting here amongst my heroes,” Wilson adds. “I’ve watched them and tried to learn from them, so to be on the same list as them, it hasn’t set in yet.”

Given how his career has gone so far, though, it makes sense that Wilson and his group have achieved national recognition. His path has been, in his own words, “blessed” from the start, with Wilson moving from carpenter to banjo craftsman to bandleader to producer to in-demand musician in just a few years. 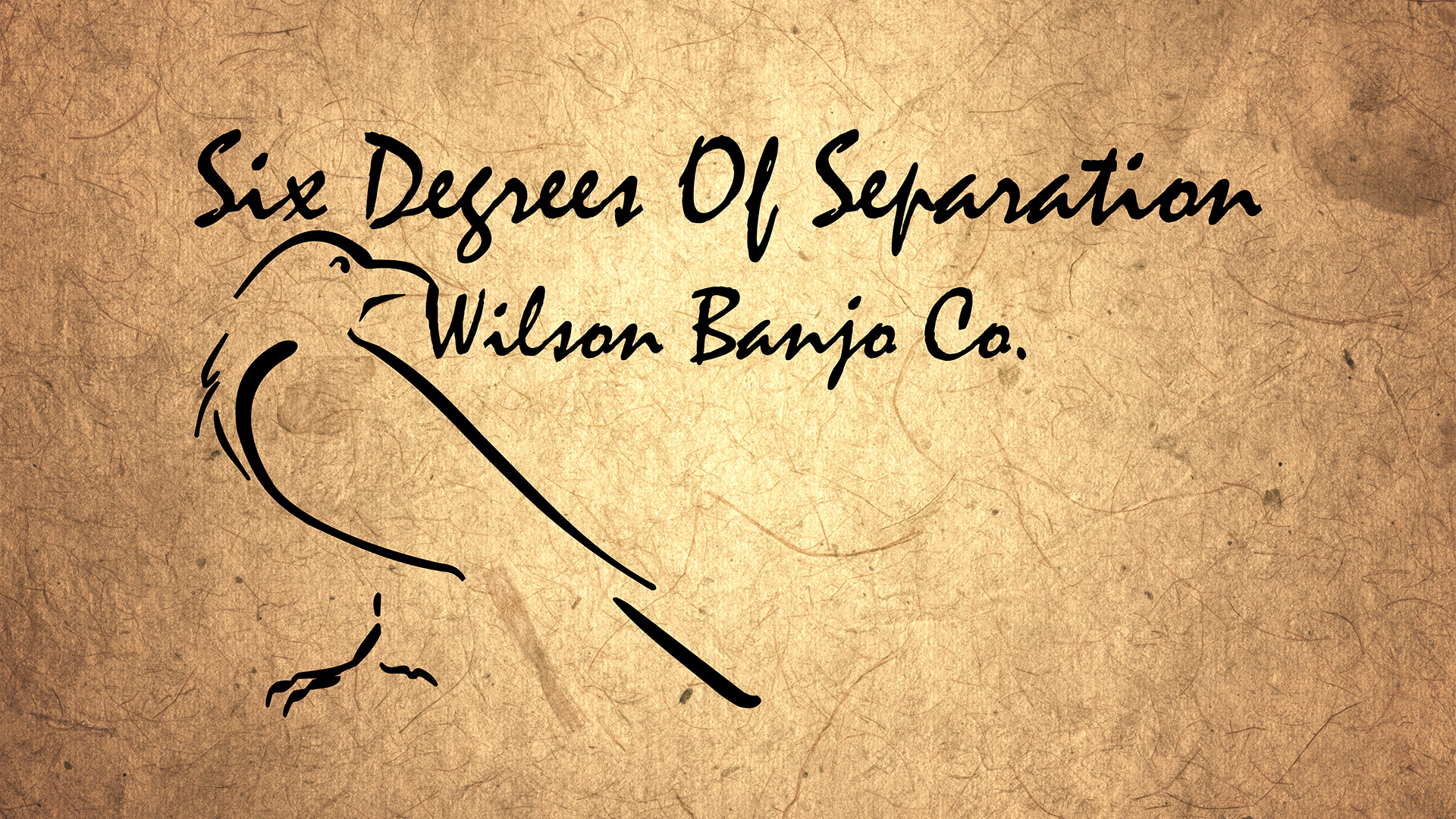 “It all started with building banjos,” Wilson says, “and then it turned into a band.”

He’s not kidding. A few years back, Wilson decided to make a five-song CD that showcased sound of The Guardian, the first model of banjos he built. As a lifelong bluegrass fan and experienced picker, he had plenty of musician friends, so he simply called some of them up and asked them to play on the CD. Then the CD sold so well that he essentially had to form a working band, recruiting vocalist/fiddle player Sarah Logan and bassist Michael “Porkchop” Branch.

That band’s first official album, 2017’s “Spirits In The Hills” proved to be a launching pad for Wilson’s wide-ranging, fast-moving career.

“I toured for a couple of years,” he says, “and in the meantime, I’ve also been doing engineering and recording albums for people (including Dale Ann Bradley, Flashback, Gena Britt, The King James Boys, Shawn Lane & Richard Bennett, and the Jake Bartley Band), still building banjos here and there. And then I went on the road with Dale Ann Bradley after I recorded her album, and then I got a full-time job with Deeper Shade Of Blue, so that’s my on-the-road home now.”

“We’ve had such a ball making music with Sarah that I didn’t want to stop doing that,” he says. 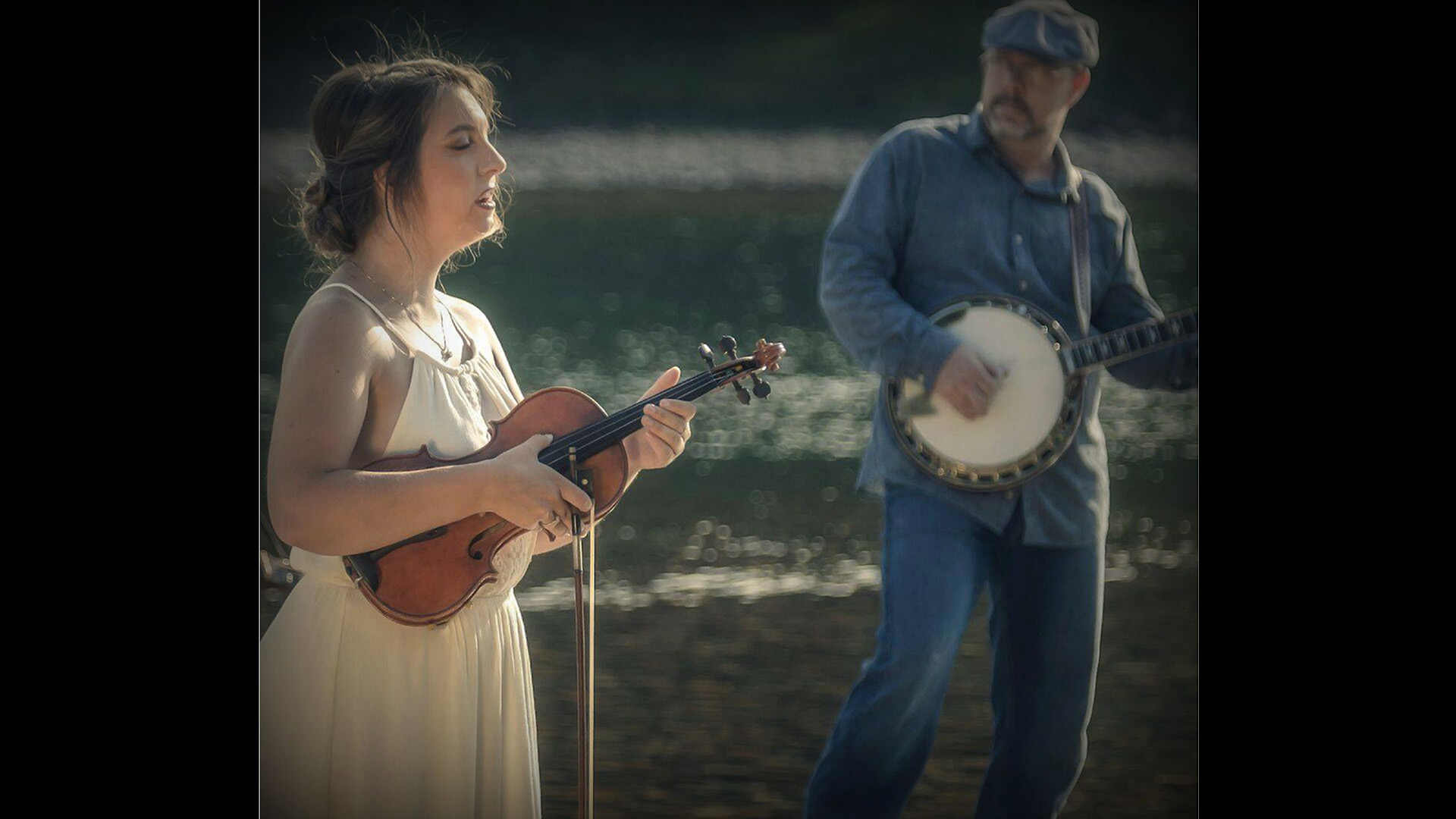 “It encompasses everything we do,” Wilson says. “It’s all the people I know in the business, whether it’s people I’ve been in the studio with or recorded albums with or been on the road with or people I built banjos for. It’s a way to wrap up everything I do, engineering, songwriting, producing, building banjos and playing and saying, ‘Hey, here’s me.’ All of this stuff, building banjos, engineering, working with people in the studio, making records, it’s all an art form, and I love it.”

Award-winning columnist Vincent Harris has been covering the local music scene for the Greenville Journal since 2013. 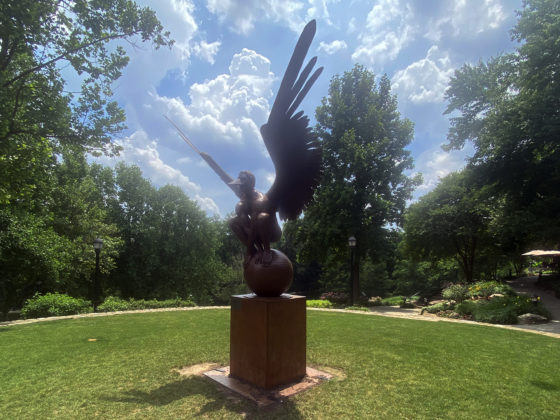 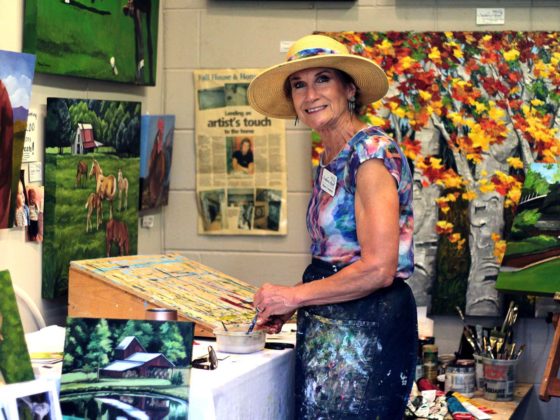 Greenville artist Marcy Connors paints to ‘bring the outside in’