The self-titled new album by the Upstate band Phantom Ships is so atmospheric, so evocative and so accomplished that it’s hard to believe it’s their debut album.

The quartet of singer/guitarist Austin Wood, guitarist Weston Link, bassist Chris Freeland and drummer Sean Bowers stretch out on the album’s seven tracks, but this ain’t a jam band.

Whether it’s the wailing opener “Way Out,” the jittery fast-paced “Fortress” or the seven-minute Sabbath-style epic “Sundial,” the band doesn’t waste a bit of space, whipping up a maelstrom of jagged guitars, subterranean bass and crashing drums on every track. It’s not going to brighten your day by any means but it’s one of the most compelling local releases of the year.

It’s also nothing like the band originally intended. Phantom Ships started as an offshoot of another band, The Francis Vertigo. In the beginning, four years ago or so, it was just Wood and Freeland playing together in a storage unit.

“It was originally going to be a lot of garage rock and surf punk,” Wood says, “and somewhere along the way, the songs started getting a lot longer and a lot crazier and it slowly but surely morphed into what it is now.” 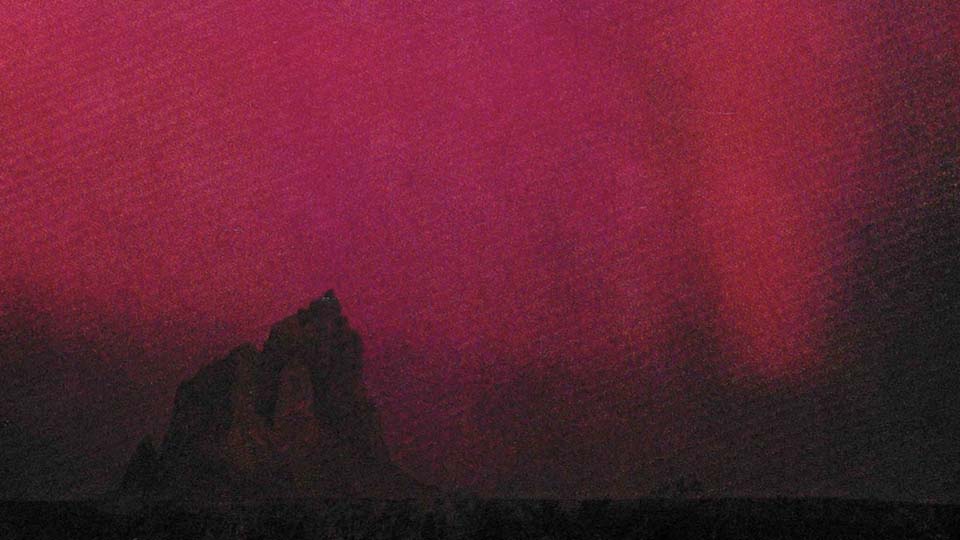 Often, bands discover their sound by mistake but Wood says the haunting, dark psychedelia that the band eventually came up with was no accident.

“For a long time I was interested in that idea of what makes a sound,” he says, “what makes a band have a sound. And I think a lot of that came from me never having fronted a band before, so I was really careful about it. I think in this specific sound, I hear all our selective influences but it all meshes together.”

What you’re hearing on Phantom Ships’ debut album is actually what you might have heard onstage back in 2019 when the full lineup finally clicked into place.

“The album you hear is our live set,” Wood says. “We played essentially the whole album every time we played live.”

“For a long time I was interested in that idea of what makes a sound, what makes a band have a sound … I think in this specific sound, I hear all our selective influences but it all meshes together.” -Austin Wood, singer/guitarist

And once COVID hit in 2020 and the band couldn’t play live, taking their set to the studio seemed like the logical next step.

“I wanted our live shows to be really different and really crazy and really cool,” Wood says. “And then suddenly we were in a situation where the live show doesn’t exist. So we had to kind of focus on, ‘What do we do now?’ And I love albums; I’m an album guy. It’s rare for me to listen to music without listening to a whole album, so we decided to focus on that.”

The band was able to work out the kinks in their songs because they were on lockdown – mostly together.

“Luckily I live with Sean and Chris,” Wood says, “so we were locked down together and had a lot of time to play and work on the songs we had. It was kind of a silver lining.”

It also helped that the engineer for the album was former Francis Vertigo member Reuben Knights.

“Right around the time that we were playing, Reuben was setting up his home studio in his basement,” Wood says. “We’d gone there and recorded demos and we really liked it. He has such a good ear for everything and working with someone like that is so cool. Rueben has a gut instinct and he and I are so close that I trusted his judgement on everything. We kind of learned together because we were the first band he recorded. So as far as a sense of comfort, it was absolutely great.” 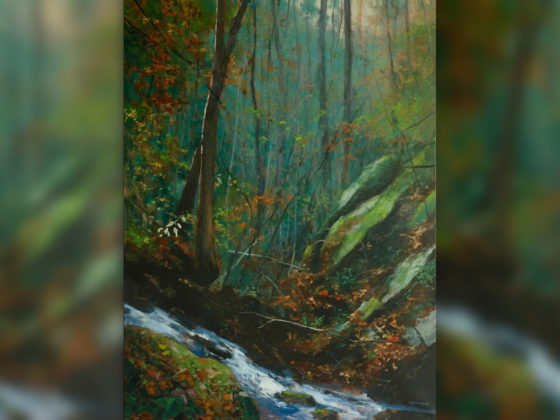 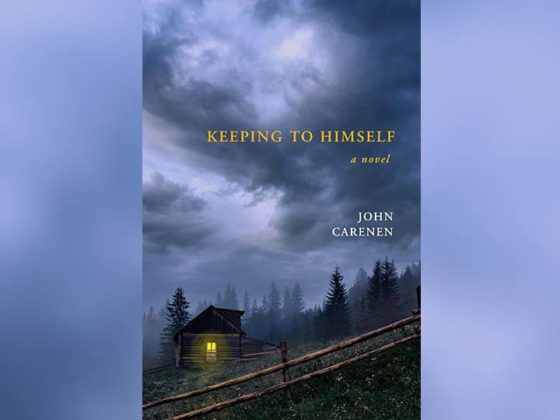