A few years back, Upstate music fan Mark Hartwell Jones believed he had fallen out of the loop. After years of following different local musicians and going to shows, he felt like he didn’t know who the new bands were or what they sounded like.

It’s something that happens to a lot of us as we get older: We drift away from whatever the current trends are. But instead of simply accepting it, Jones decided to reeducate himself, getting back out on the scene and learning about as many new acts as he could.

To document his journey, Jones began the Hoodoo Music Podcast, a combination interview/performance show that featured conversations with local acts like Hugger Mugger, Finding Freedom, Daddy’s Beemer and many more.

Jones, who has experience in both radio broadcasting and recording, began the podcast in 2016 and spent two years exhaustively seeking out new and promising faces in the Upstate music scene.

“When the coronavirus outbreak started, I was just looking for a way to still connect with people.”

“I started going out to shows and connecting with people,” Jones says, “and I’d record a live session and talk to artists and then cut that together to provide an in-depth look at an artist, and to help promote them. I’ve made some good friends and heard some good music, and it’s provided me with some good opportunities.”

Jones took a break from the podcast in 2019 to recharge and to work on other projects, but as 2020 began, he realized he missed talking about music.

“I missed just sitting behind a microphone and talking and playing music,” he says. “When the coronavirus outbreak started, I was just looking for a way to still connect with people. I missed going to shows, connecting with bands and connecting with friends, so I thought, ‘What if I just did a radio show on Facebook Live or Instagram Live? What if I just played some music through there?’”

After some initial success, though, Jones decided he wasn’t happy with the social-media broadcasts, and found an alternative in an unlikely place: Twitch, a livestreaming site that’s primarily dedicated to video gaming.

“I didn’t like the Facebook algorithm,” he says. “It’s harder to sustain an audience on Facebook. The reason I was drawn to Twitch was because of this one feature, which is that if you download the Twitch mobile app, you can set it to play audio in the background. So all people have to do is set it to play in the background, and it plays in their car.”

Twitch also gave Jones the opportunity to create a sort of old-school radio show, where he could talk about the music and then play tracks live, interspersing interviews with the artists. But instead of taking calls like a radio DJ, he can use Twitch’s live-chat function to talk to his listeners in real time.

“The chat is fun and engaging,” Jones says. “If somebody in the audience has a question or a comment, I can see that question and ask my guest. And if I’m playing a song and someone really likes it, they can make a comment and I can interact with them; we can have a conversation about it.”

Jones began the Twitch version of the Hoodoo Music Podcast in March, working with co-producer Ash Foster to set up https://www.twitch.tv/hoodoomusicpod and livestreaming the show every Friday at 11:30 a.m. So far, he’s featured an array of Upstate artists, including Vilai Harrington, Wolfgang Wallace, Salti Ray, Timothy Ezekiel Bell and many more, and he’s played dozens of songs by local musicians.

Jones says that, given the current state of the world, he’s found some comfort in talking about and playing the music he loves. 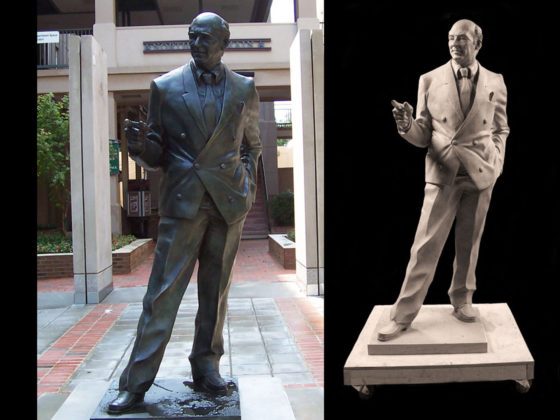