The City of Greenville’s virtual concert series, Sound Check, created to replace the annual Piedmont Natural Gas Downtown Alive and Greenville Heritage Federal Credit Union Main Street Fridays shows, just wrapped up. Meanwhile, the Sans Souci Community Garden on Ethelridge Drive has just begun its annual concerts, with live and in-person shows. Both series have had to struggle with the reality of putting on live music in the time of COVID-19.

Josh McGee, the city’s special events coordinator, puts a great deal of time and thought into creating the schedules for Downtown Alive and Main Street Fridays, so it was a big blow when the city decided to cancel both series due to the pandemic.

“We had zero experience with livestreaming,” McGee says. “So just to have this up and running as fast as we did, I was impressed with everybody involved.”

“I was really happy with those lineups,” McGee says. “But I had to go back to the drawing board and start from scratch in a livestreaming format where I don’t have a stage for them to perform on.”

Having said that, McGee says he thinks the Sound Check virtual concerts, which were livestreamed from the Greenville Events Facebook page every Thursday and Friday from April 9 to Aug. 27, went well, especially considering how quickly the city had to put the shows together.

“We had zero experience with livestreaming,” McGee says. “So just to have this up and running as fast as we did, I was impressed with everybody involved.”

That admiration extends to the musicians who performed, including the Greenville Jazz Collective, Nathan Angelo, Vilai Harrington and Mourning Dove.

“I really feel like it’s a testament to all of our local musicians,” McGee says. “I really strive in this job to put that spotlight on those local musicians, and if there’s anything I can say about this series, is it’s a testament to them. They invited viewers into their living rooms and garages — and a henhouse in one case — to share their music with everyone, and I think that’s the main thing that everyone should take away from this.”

With that virtual series in the rearview mirror, the Sans Souci Community Garden is about to begin its annual concerts, and these will be live, in-person performances. The first one was on Sunday, Aug. 31, by Upstate singer/guitarist Jacob Johnson, after several COVID-related delays.

“I miss going to shows,” Rossmann says, “and I feel bad for the musicians out there who have completely lost their livelihood.”

“Obviously, it was a no-brainer to cancel the April and May shows,” says Rachel Rossmann, the president of the Sans Souci Community Alliance. “We don’t do shows in July, but when the end of July rolled around, we started talking about how the numbers were going down, and we do have a large enough space to comfortably host people, socially distanced.”

Rossmann says that she and the other series organizers have worked hard to make sure that the performances will be as safe as possible; and yes, masks will be required.

“If we divide the garden up pretty equally into sections, I think we can fit a reasonable-sized crowd,” she says. “I think it will be comfortable and the safest place to be to enjoy live music. You can just hang out and relax with the added benefit of really great music.”

The next concert in the series, a multi-performer Songwriters Circle, will be on Sept. 27, and Rossmann says she’s glad to have live music back in her life.

“I miss going to shows,” she says, “and I feel bad for the musicians out there who have completely lost their livelihood. I hope through venues like ours that they can at least get out there and share their talent, and I’m hoping people are generous with their tipping when they come out.” 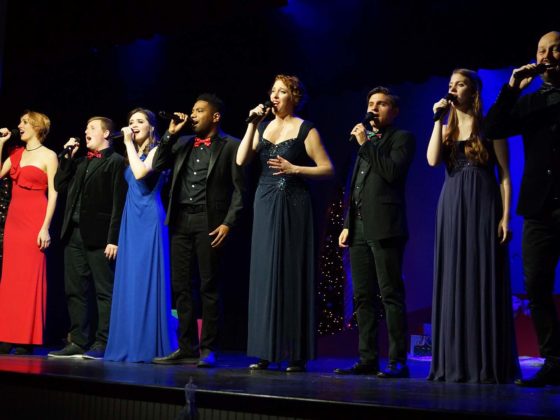 Paul’s Pick: Live theater returns to the Upstate — with precautions