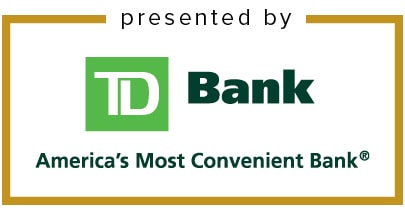 There are few sights on the Upstate music scene more familiar or welcome than Tez Sherard sitting behind his drums with a smile on his face, laying down beats for any number of bands. Equally skilled in rock, country, soul and jazz, Sherard came by his vocation naturally.

“My dad was a musician, and my mom was a singer,” Sherard says, “so I grew up in a very musical household.”

That being said, Sherard’s most likely path seemed like guitar or bass playing, simply because that’s what his dad played. But Tez actually became a drummer because his father needed a hand doing something else.

“My dad taught guitar and bass, and he would have a lot of his students come for lessons,” Sherard says. “And timing was always a factor with him trying to teach them chord progressions and chord patterns. He would always end up having to turn on a drum machine in order to keep time. And eventually, he’d have me come in and clap while he was teaching his students. And one day he said, ‘Wow, you’ve got good rhythm! Let me get a drum set in here.’ And I really took a liking to it and spent a lot of time on it, and the rest is history.”

Well, not quite. First off, Sherard had to move beyond his toy drum kit, one that didn’t stand up too well to his constant playing.

“It was a junior drum set with all professional cymbals,” Sherard says with a laugh. “There’s a picture of me with a kiddie set with these big ol’ ’80s Zildjian cymbals around the drum set, because I was hitting the little toy cymbals that came with the set so hard that I was cracking them. So he eventually got me a full set.”

Sherard’s dad wasn’t done making modifications just yet, though. Once his son started playing live shows, there were some other obstacles to overcome.

“I was a child, and being so short, having short legs, they never could find a drum throne that was small enough for me to reach the pedals,” Sherard says, “so I would stand up when I played. So he had the bright idea of taking an old barstool and cutting the legs down so low that I could actually sit and hit the pedals. But that also meant you couldn’t see me. Everybody could hear the drums and see sticks flying all over the place, but nobody could see my head!” 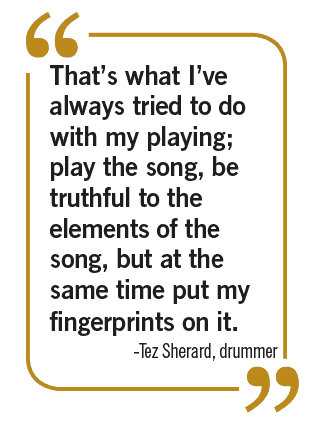 Sherard grew into a drummer who’s as versatile as they come, and he credits one of the biggest bands of the 1970s for showing him that musicians don’t have to stay within one genre.

“Earth, Wind & Fire were a big influence on me,” he says. “I always knew that I gravitated to them, but I never understood that the basis of the band was jazz, and then they started to move in the soul and funk directions later on. But the original blueprint of Earth, Wind & Fire was jazz fusion. So as I got older, that got me into a lot of different styles of music.”

In any given week, Sherard could be playing with as many as 20 musicians in different configurations, and he can fit right in like a chameleon. But he says his ultimate goal is always the same, no matter what style of music he’s playing.

“There was a drummer named Dennis Chambers, who has recorded and played with everybody,” he says, “but no matter what he’s playing, you can hear his fingerprints. That’s what I’ve always tried to do with my playing: Play the song, be truthful to the elements of the song, but at the same time put my fingerprints on it.” 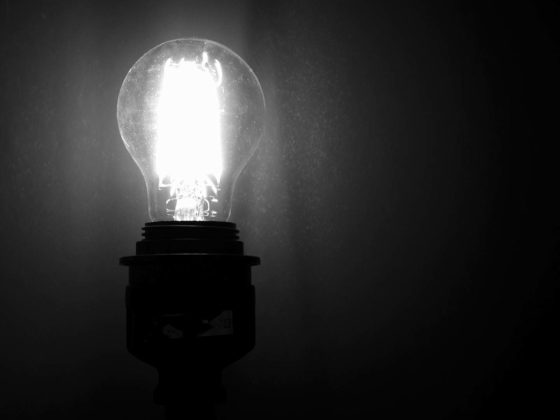 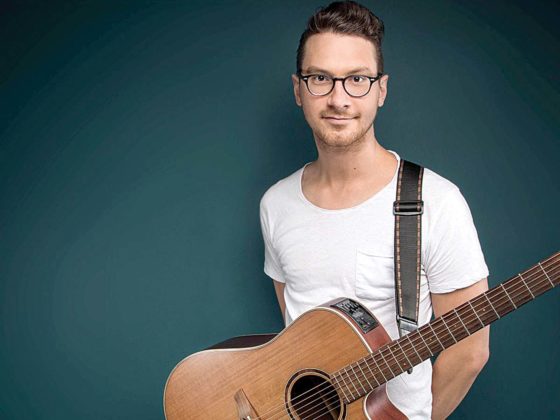 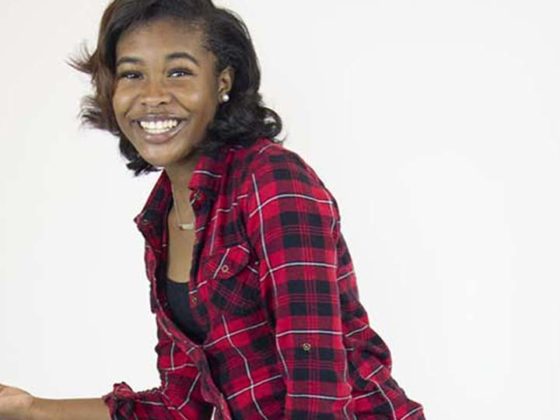 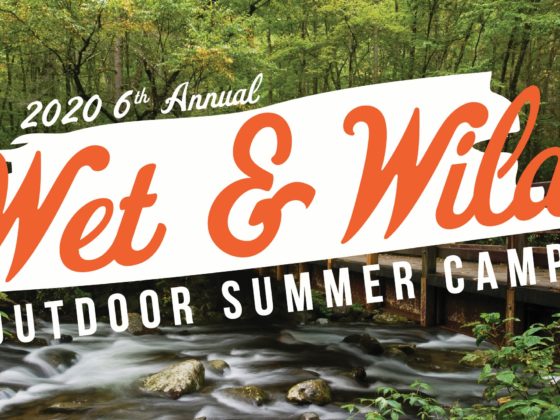 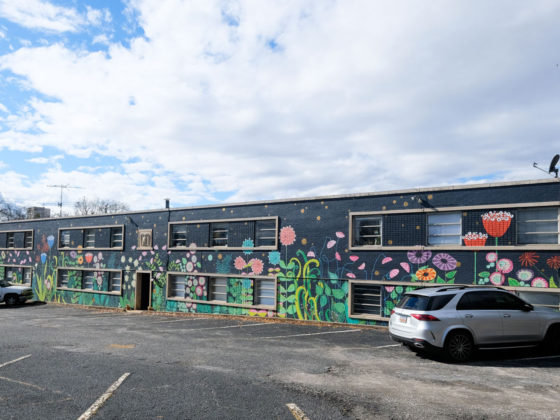