Two of the Upstate’s most distinctive voices will combine on Saturday night when Mourning Dove singer/songwriter/guitarist Lisa Stubbs sits in with Darby Wilcox & The Peep Show. After Stubbs is done with Mourning Dove’s ethereal, atmospheric folk set, she’ll be hanging around to provide backing and harmony vocals for Wilcox’s earthy, rootsy alt-country songs. Stubbs says her frequent collaborations with Wilcox give her a chance to cut loose a bit.

“Darby is super-talented, and I truly enjoy her music,” Stubbs says. “I’m very grateful that she invites me to be a part of it. It’s such a different energy than the Mourning Dove shows, so it’s nice to shake it up and get out of my comfort zone once in a while.” Not that it’s all fun and games, though; Stubbs works just as hard on her harmony vocals with Wilcox as she does in her own group. “Singing harmony parts is actually really fun for me, but it still requires work,” she says. “The pressure is still there in that I have a responsibility to do my part well. I certainly don’t want to ruin someone else’s show!”

Hellyeah: A Celebration of the Life of Vinnie Paul, with Nonpoint and Deepfall 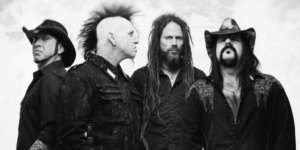 The current tour by the Dallas heavy-metal outfit Hellyeah exists at an interesting point between a fond farewell and a new beginning. The band was formed in 2006 as a sort of hard-rocking supergroup, featuring members of Mudvayne, Nothingface and former Pantera/Damageplan drummer Vinnie Paul behind the kit. The band released five albums of uncompromising, thrash-influenced metal in between the members’ other projects, and they were working on their 6th album when Paul suddenly passed away in 2018. It left Hellyeah in the awkward position of having an album of new material essentially done but now coping with the tragic loss of a beloved metal-scene icon.

Rather than simply calling it a day, though, Hellyeah persevered, releasing Welcome Home this past September and recruiting Stone Sour drummer Ray Mayorga as a touring replacement for Paul. They also created a show called “A Celebration Of The Life Of Vinnie Paul,” an evening in which they pay tribute to their fallen friend by playing the material he was working on when he passed away. 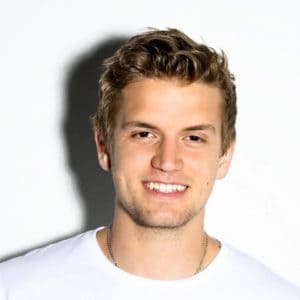 We’re faced with an interesting conundrum in the music of Levi Hummon. If you were to simply listen to the string of singles he’s released this year — the epic, atmospheric ballad “State I’m In,” the anthemic, uptempo “Drop Of Us,” and the fist-pumping, polished rocker “Night Lights” — you’d probably think he’s a straightforward pop-rock singer whose songs get played on mainstream pop radio. And, somewhat perplexingly, that’s not really the case. Hummon is being presented as country singer, as evidenced by his show at the country-friendly Blind Horse Saloon here in Greenville.

It might have been an unavoidable classification, given that Levi’s father is country singer/songwriter Marcus Hummon, but speaking from a strictly musical standpoint, Levi makes appealing pop music with a bit of a rock ‘n’ roll edge. Perhaps it’s purely a marketing decision, or maybe it’s an indicator that the strictly divided radio formats we’ve all been accustomed to for years are no longer so clearly defined.