Full of absurd, off-the-wall stories about everyday people doing the best they can, George Singleton’s “You Want More: Selected Stories” is a greatest-hits album from the mad king of short fiction.

The book, which came out Sept. 15, is a collection of 30 stories, culled from eight collections over two decades. In “Show-and-Tell,” a divorced father tries to re-woo his high school sweetheart, now his son’s third grade teacher, by sending the boy to school with fake love memorabilia to show-and-tell, including a “long-lost love letter from famed lovers Heloise and Peter Abelard.” “This Itches, Ya’ll” is about a boy who stars in an ETV-produced documentary on head lice and must live with the consequences; “Staff Picks” is about a librarian and professional bowler who fall in love while trying to win an RV by keeping a hand on it for as long as possible. In short, the usual oddball suspects trying (and mostly failing) to recover from their past mistakes. 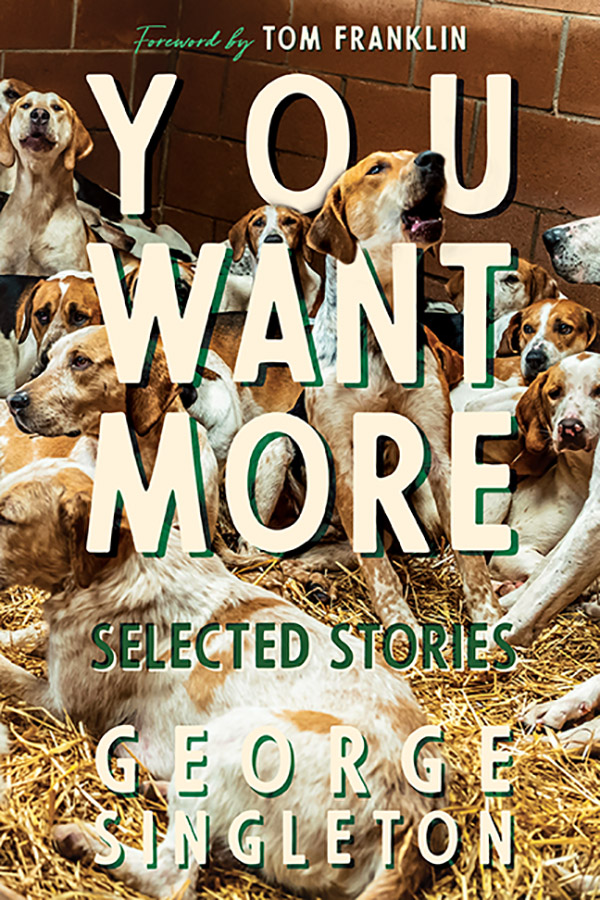 We caught up with Singleton to talk about his newest collection, the secret to a good short story and why opossums are misunderstood.

Q: How did you choose the stories in “You Want More”?

Q: Are you working on anything right now?

A: I’m writing a bunch of stories about nonprofits — people who are working at nonprofit organizations, but I make them up. I’ve got these two ex-Vietnam War veterans who are kind of liberal, and they’re against guns. They’re for gun control, which is kind of ironic, and they start up a group called Veterans Against Guns In North America. They’re good souls, and they don’t act like there’s anything wrong with that acronym.

Q: What is the secret to writing a good story?

From here, the conversation devolves into Singleton’s pets (he had 11 dogs at one point) and a family of opossums that Singleton tried to adopt this past winter. Says Singleton: “Opossums are very misunderstood marsupials. I just grab them by the tail, and they sit in my lap with their mouths open, hissing, but I’ve never been bitten by one.”

Singleton is the author of two novels, eight short story collections and a book of writing advice. He lives in Spartanburg and previously taught at the Governor’s School for the Arts and Humanities.