“Big as the Sky,” the new album by the Upstate trio Her Pilots, is short and sweet. Nine tracks, half an hour, no song over four minutes.

And that’s very much by design. The album’s tightly wound rhythms and concise hard-rock riffs come and go quickly because singer/guitarist Zach Young likes it that way.

“I have a very short attention span,” Young laughs. “There’s a running inside joke with some of my friends that if a song is longer than five minutes, I don’t care for it. I like tight, catchy pop; verse-chorus-verse, with some interesting lyrics. It’s just a taste thing .”

The songs on “Big as the Sky” might be short time-wise, but they’re bursting with impressive playing and bright ideas. Bassist Elliot Eichler and drummer Wayne Brock are a pinpoint-precise rhythm section, and with Young’s choppy riffs up top, the music resembles the finest moments of bands like the Foo Fighters and The Strokes.

In fact, the songs are so tightly constructed that it’s difficult to believe that not only is this Her Pilots’ debut album, but the trio mostly recorded their parts separately, working with producer Ryan Lara (who plays guitar in another Upstate group, Bound Society) in Lara’s home studio.

“Most of it was recorded over a year,” Young says. “COVID threw a wrench in everyone’s plan, but Ryan made it a really good experience. We were able to get it done, and I’m really proud of it.”

Even though Young is the band’s guitarist, he says he prefers the band’s trio format because it allows his lyrics, not his riffs, to shine.

“I envy the things you can do with two guitars,” he says. “I’ve been part of bands with two really good guitar players. But with my songs, I wanted people to understand what I was saying and leave room in the performance for the actual lyrics. I really like it when I can cut back on the guitar and just sing over drums and bass.”

There are a lot of those moments on ‘Big as the Sky,” times when Young’s six-string goes silent and phrases like “The future is bleak, we’re getting carried away” (from “Cool Little Ghost”) or “I don’t answer my phone after midnight/If you’re dying, make it clean and quiet,” (from “Stop Hitting Yourself”) stand out in stark relief over the bass and drums

“Every song is a little different,” Young says of his lyrics. “There’s some social commentary mixed in with some autobiographical stuff. The verses can be about completely different things with the chorus as the unifying factor. I really like wordplay; I enjoy lyrics that are clever,” 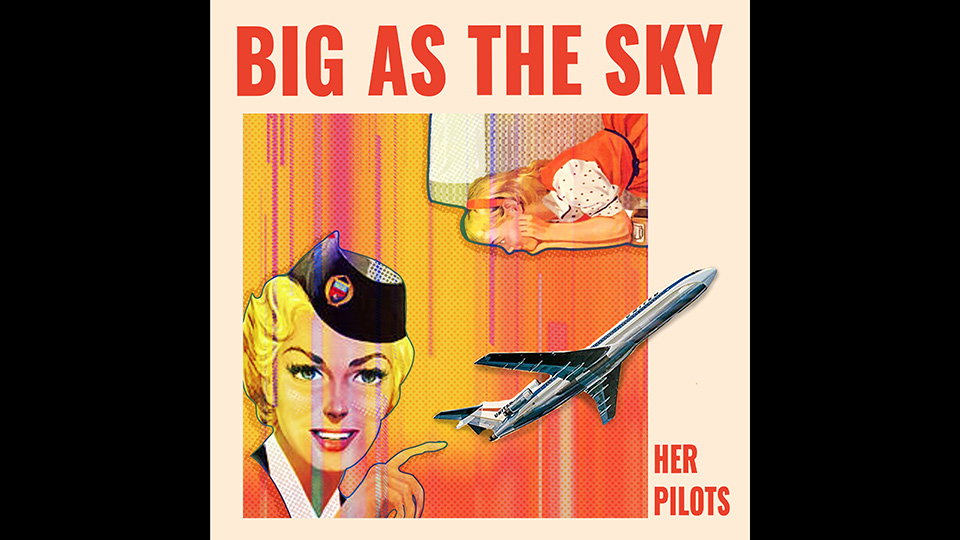 And Young has good reason to want his words to be heard; he’d been working on some of these songs for years.

“The earliest song was written in 2011,” he says. “I was always a member of someone else’s band, so I always had a large catalog of songs I’d been writing.”

As happy as he is that “Big as the Sky” is finally out, Young says he’s really looking forward to further building his collaboration with Eichler and Brock.

“I’m really excited about this new batch of songs that we’re working on,” he says. “The new songs, I can feel Elliott and Wayne’s influence on a lot more. It’s really cool how this band has transformed into all three of us rather than just me bringing my ideas to the table. We’ve got a new group of songs ready to go, and we really want to record in a ‘live’ style. Putting out a new EP by the end of the year would be really exciting.” 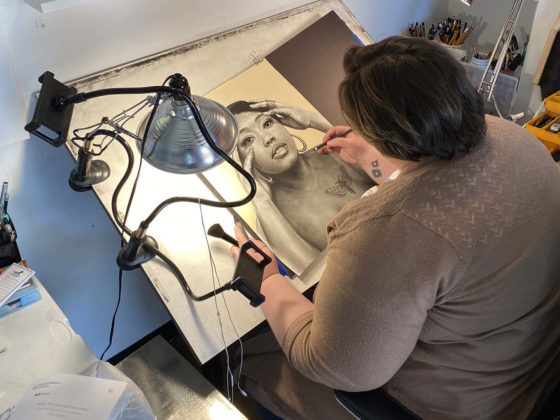 Artists take on digital spaces during the pandemic 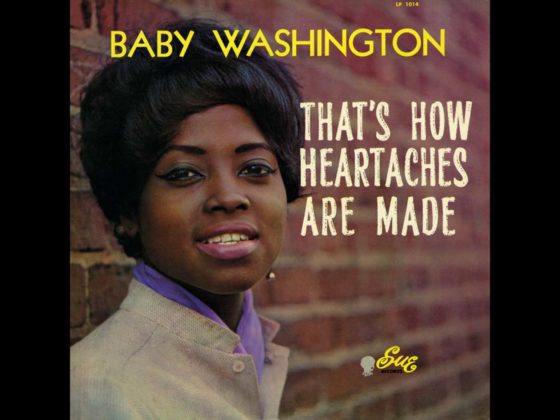