Of all the Broadway series seasons during her time as Peace Center President, the 2020-21 season is Megan Riegel’s favorite.

With the return of blockbusters “Hamilton,” “Wicked” and “Dear Evan Hansen,” along with the highly anticipated “Mean Girls” and “Hadestown” and six other productions that spanned 14 weeks, the season was a “slam dunk,” she said.

Greenville agreed, as the Peace Center sold nearly 7,900 season subscriptions, even though the season announcement came two weeks into the coronavirus pandemic shutdown.

“Our community loves Broadway, and they particularly loved this season,” Riegel said.

But while Broadway has been dark since March and will remain shuttered until at least early January, Riegel still has hopes that every production on the schedule will occur no later than late summer 2022, with the possible exception of “Wicked.”

“We would love subscribers to be patient and hang in there with us, because what we ultimately want to do is deliver those shows to them,” said Riegel, who said season subscription money is not used to float operations. “But we are ready and willing to offer a refund upon request.”

That means the Peace Center’s first Broadway show of the season currently is “Pretty Woman,” scheduled for March 23-28, 2021.

Riegel said there would be no single-night Concert Hall shows until the first or second quarter of 2021.

Since “Les Miserables” closed out the Peace Center’s 2019-20 Broadway Series on March 8, 395 events canceled or postponed, Riegel said. The lost economic impact is about $42 million.

So, what will the Peace Center do until then?

The annual operating budget dropped from $26 million to $3 million overnight, and the Peace Center furloughed or laid off employees, going from 54 to 19 full-time staff. Riegel said she hopes to cover overhead for the next seven months with annual contributions as well as income from events, from the Peace Center’s two tenants (Larkin’s on the River and Delta Apparel), and from intimate concerts in Genevieve’s and screening art movies in the Gunter Theatre.

“We need the community’s support now more than ever,” she said.

Beginning in mid-September, Genevieve’s will open as a music room with concerts featuring Nashville songwriters playing 90-minute sets. Maia Sharp, a singer-songwriter from Nashville who has taken part in the Peace Center’s Songwriters Concert Series, kicks it off on Sept. 17. Social distancing limits seating to 100 people. Riegel said the Peace Center would sell 25 tables of four. It will require audience members to wear masks unless seated.

“In addition to connecting with stakeholders and showing that we can have activity safely, it gives us a test for what it feels like to do a small music venue,” Riegel said. “We’d like to have several small music venues on our campus, so this gives us a really good trial run.”

Also, the Peace Center will show art films in the Gunter Theatre while following all Centers for Disease Control and Prevention guidelines.

The Peace Center hosted its first wedding since the shutdown on Aug. 16, good news since 112 private and corporate events canceled or postponed since March.

The Peace Center’s resident companies have canceled all of their fall activities, but most have held on to their Christmas dates, hoping their holiday productions will occur.

The good news is if they do, the Concert Hall will have a new sound system, thanks to a $1.2 million grant from the Graham Foundation. Riegel said the Peace Center board also approved a draw on the center’s endowment for other capital improvements such as roofing, new rigging points, a boiler, COVID-19-related upgrades, backstage and Huguenot Mill refreshes. 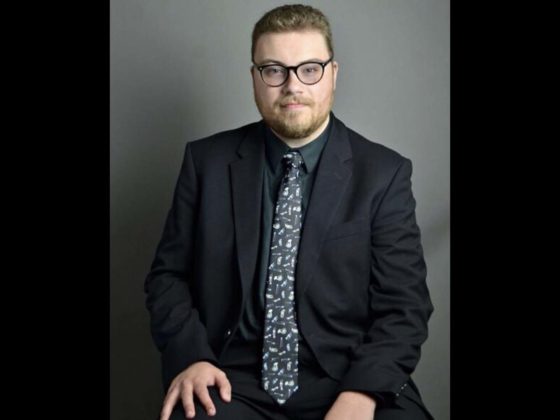 Upstate Beat: ‘Blues in the Night’ podcast dives deep into one of music’s purest genres