“Hedwig and the Angry Inch” seems to be a musical whose time has arrived.

Though it debuted 22 years ago, the hard-charging rock show explores issues that are a big part of today’s cultural debate: gender fluidity, diversity and inclusion.

“Hedwig” roars into the Warehouse Theatre on Feb. 28 even as local community groups call on Greenville County Council to rescind an anti-gay resolution dating from 1996. That’s just a coincidence, but it seems a reflection of the times.

Stephen Trask’s musical centers on the genderqueer song stylist Hedwig, a largely overlooked rock goddess who also happens to be the victim of a botched sex reassignment operation.

Backed by the live rock band “The Angry Inch,” Hedwig tells her story through song and comedy — about her deprived boyhood in East Berlin, her relationship with an American soldier, that imperfect operation, her journey to the U.S. and abandonment by her husband.

It’s a rocking, funny, touching and ultimately inspiring musical, said Clay Smith, a Greenville native who returns to the city to play Hedwig.

“I think it reminds everyone that you’re a whole and worthy person as you are,” Smith said. “You don’t need to seek permission to be anything other than who you are.”

Hedwig herself is a complex character, flamboyantly extroverted but also full of pain and anger at a life that has given her an inch when she feels she deserved a mile.

“She is desperate for peace in understanding who she is, which is not very different from every one of us,” Smith said.

The show reflects Hedwig’s own journey of self-discovery and acceptance, he said.

“It’s hold-your-lighter-in-the-air rock ‘n’ roll. It connects to your soul. You cannot leave this show unaffected by it.” – Clay Smith, Hedwig

“The music is infectious,” Smith said. “It’s hold-your-lighter-in-the-air rock ‘n’ roll. It connects to your soul. You cannot leave this show unaffected by it.”

Smith, now based in New York, is best known for his cabaret performances and his appearances on America’s Got Talent as the drag queen Delighted Tobehere. He also hosts a regular drag brunch at Greenville’s Café and Then Some.

Smith said of Hedwig, “It’s a monster of a role, but I’ve been supported wonderfully by the Warehouse Theatre and [director] Andrew Scoville, the most compassionate, driven and authentic person I’ve ever worked with. I feel safe being uncomfortable.”

The only other character in the play — aside from Hedwig and the four-person band — is Hedwig’s assistant and husband, Yitzhak, played, in another gender-bending twist, by local actress Miranda Barnett.

Scoville, the New York-based director staging the Warehouse’s “Hedwig,” normally approaches a theatrical work in a carefully controlled fashion, but this musical is all about spontaneity, he said.

“Playing to find the best way to tell the story has been scary but also freeing and not something I get to do very often,” said Scoville, who directed the Warehouse’s “Bloody Bloody Andrew Jackson two years ago. “It has been a unique and joyful part of the process.”

As for the set design, Scoville said, it’s a collage of past Warehouse Theatre shows.

“We pillaged the storage unit of the Warehouse Theatre and its partner organizations,” Scoville said. “People who’ve been going to Warehouse Theatre for a long time will recognize a lot of props and set pieces. These various interesting objects create a very fun and vibrant playground for the show.”

What: “Hedwig and the Angry Inch,” by Stephen Trask (music and lyrics) and John Cameron Mitchell (text).

Cover photo by Will Crooks 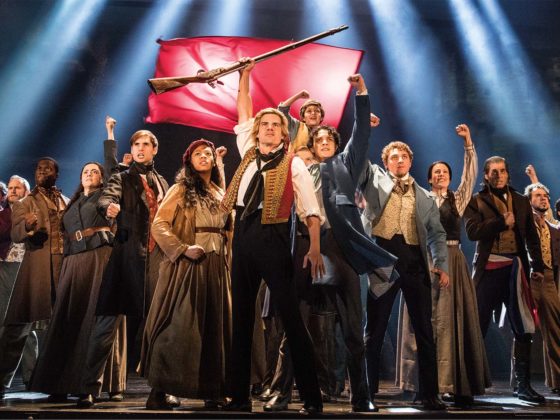 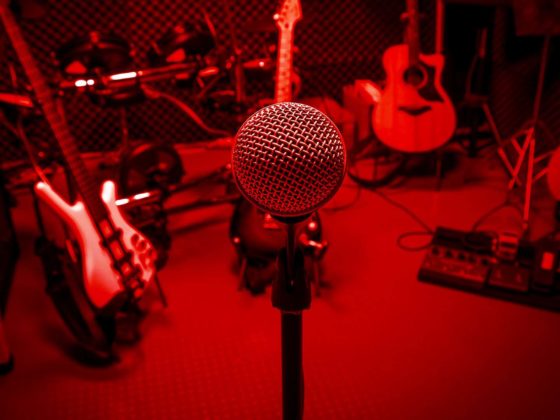