Bill Bryson is deeply concerned about your body.

We’ve been given a wonderous gift — a body — and most of us cheerfully neglect it.

“We should all be grateful for the miracle of life,” said Bryson, the author of “A Walk in the Woods” and other best-selling books. “Every human life doesn’t last very long, and we do take that for granted.”

Bryson, 67, is coming to the Peace Center to talk about his body — and yours — at 7:30 p.m., Tuesday, Oct. 22. He’s touring the country in support of his just-published “The Body: A Guide for Occupants,” a rapturous account of the human anatomy.

Bryson explores the body’s marvels in detail and with unstinting amazement.

Did you know that tooth enamel is the hardest substance in the human body? That your heart over your lifetime does the equivalent work of lifting a ton of weight 150 miles into the air? That articulate speech requires a mind-boggling array of coordinated actions? Did you know that 50 muscles are involved in getting a piece of bread from your lips to you stomach?

Bryson talks about this and a great deal more in 450 pages.

“What I discovered in researching the book is that the body is far more complex, far more mysterious and far more magical than I ever thought,” said Bryson, speaking from his home in the United Kingdom. “It’s an incredibly complex mechanism. You could argue that it is the greatest creation in the universe. There’s nothing to compare with it.”

Bryson wrote the book because, he said, many people don’t really understand the body — nor did he at the beginning.

“We all occupy this space we call our bodIes for our whole lifetimes. It’s the most intimate thing we know, our own bodies,” he said. “But most of us don’t know how we’re put together or how it keeps us alive.”

Bryson is well-known for his travel books about such subjects as the Appalachian Trail (“A Walk in the Woods”) and the oddities of Britain (“Notes from a Small Island”). “The Body: A Guide for Occupants” is not so very different, he said.

“It really is a travel book because I’m making a tour around the human body and trying to understand this amazing contraption that is us,” Bryson said.

Bryson came to the project with an abundance of questions: Why, for instance, do we yawn? Why do we spend a third of our lives, as he put it, “passed out”?

“In prehistoric times, there must have been a huge amount of risk involved in sleeping,” Bryson said. “If you were lying there unconscious, someone could bang you on the head or an animal could eat you.”

For the book, Bryson interviewed scores of doctors and biologists. His specialty is turning complex research into lively, readable and often humorous prose — as he did in his “A Short History of Nearly Everything.”

At his Peace Center appearance, Bryson will discuss the book and take questions from the audience. A graceful writer and conversationalist, Bryson was born in Iowa but speaks with a slight British accent after many years living in the U.K.

He’s quick with a canny observation or pointed quip. Life expectancy, he said, improved as much in the 20th century as in the previous 8,000 years, but there’s an important concern.

“It’s entirely possible that because we’re so inactive and getting fatter that all the gains we’ve made in lifespan will level off or reverse,” Bryson said. “The great curse of modern life is being overweight. Obesity is really a danger.”

“Your body looks after you and keeps you going — and we really ought to look after it,” he added. “If we did look after it, a lot more of us would not only live longer but healthier. As you get to my age in life, you begin to appreciate how important that is.”

Bryson is sounding the alarm about our unhealthy lifestyles, but most of all he hopes the book will inspire people to appreciate the wonder of life itself.

“There wasn’t any point in this day that I thought, ‘Oh my gosh, I’m so lucky to be alive.’ But if you stop and think about it, you’re very lucky to be alive,” he said. “The time when we won’t be here anymore is not that far in the future — for any of us, even young people. Human life is short.”

What part of the body fascinated him most?

“Honestly, what surprised me is that there isn’t any part of the body that is not amazing and fascinating,” Bryson said.

In his book, Bryson also levels a few criticisms at both the American and British health care systems.

“The real problem in the United States, as we all know, is cost,” he said. “America spends more on health care than any other country in the developed world but doesn’t get the best outcomes. Britain spends too little and has terrible outcomes as well.”

Asked about his next project, Bryson said he plans to take a little time off.

“The fact is that I don’t have a next project yet,” he said. “My wife and I have some traveling plans. I’m 67 years old and I’m trying to slow down anyway. In the short term, my intention is to try to enjoy life and spend more time with the grandchildren, that kind of thing.” 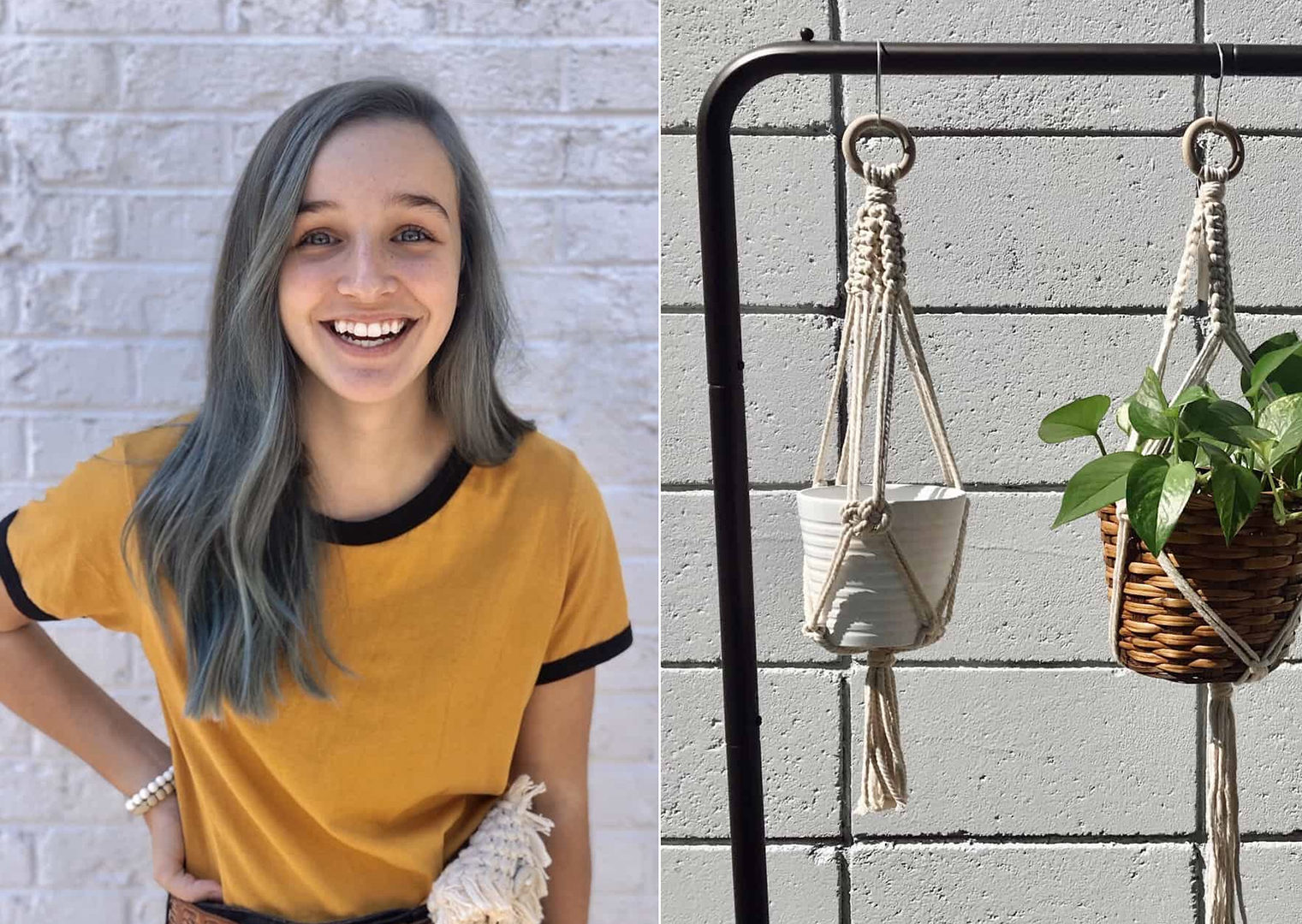 Local teen turns her love for macramé into Vintage Dreams 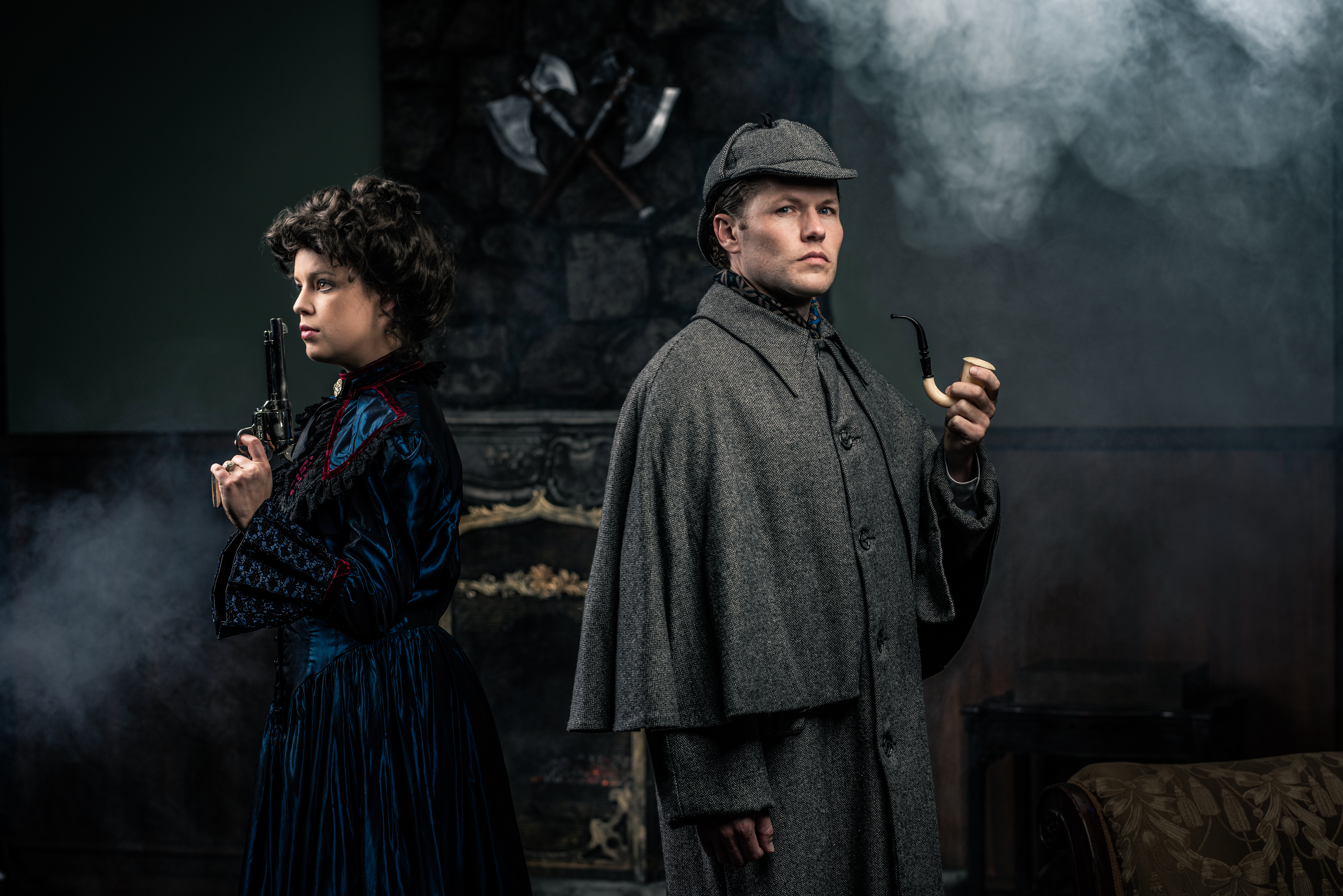