In 2013, the Charleston quartet Stop Light Observations released their second album, called “Radiation.” It was a blend of stomping acoustic blues, snake-hipped heavy Southern rock, the occasional nod to acoustic roots music, and atmospheric, wide-screen balladry. That sounds like enough for one band’s sonic palette, right?

Well, apparently it wasn’t enough for SLO. In 2015, they released two surprising singles called “Helicopters” and “All I Can Think About,” songs that more or less abandoned everything the band had done on “Radiation” and dove headfirst into electronic dance music and funk grooves. It was a startling musical shift, and the songs were enough of a curveball that they made the direction of the band’s next album highly unpredictable.

And while 2016’s “Toogoodoo” turned out to be a mix of the electronic style and their more roots-oriented earlier music, it was perhaps more surprising for how it was recorded.

Despite sounding like a highly polished, meticulously crafted collection of songs, the album was actually recorded live along the banks of the Toogoodoo River near Edisto, in a cabin owned by SLO keyboardist John Keith Culbreth’s parents. The band essentially moved a studio into the cabin, which presented enough problems that they barely had time to worry about the style of music they were going to play.

“We were too busy thinking about the challenge of how to even record,” says guitarist Louis Duffie. “It was kind of a daunting task.”

In fact, with a total of about two weeks in which to record before a group of renters came in to start their vacation at the cabin, the band was wondering what the hell they’d been thinking, especially when it took almost three days to get the first track done.

“It was one of those things that sounded cool on paper,” Duffie says with a laugh. “When you’re hanging out with your boys drinking beers, you say, ‘Yeah, we should record down by the Toogoodoo,’ and it sounds cool, and then later it’s like ‘Man, are we going to be able to make this sound good?’ I didn’t even know some of the songs when we moved in there, and we started to kind of freak out because we knew we wanted to do at least 11 or 12 songs. There was a real time crunch.”

But after the initial hurdles of setting up the studio, it turned out that the time limit, and the location, worked well for the band.

“It really pushed us to not be lazy,” Duffie says. “And the music came a lot easier when we sunk into the vibe. We even set a up mic on the porch that captured the cicadas and the flow of the water and crickets.”

As for the sound on “Toogoodoo,” which puts singer Will Blackburn’s emotional vocals over anthemic rock with touches of electronics layered into the music, Duffie says it was something that came naturally.

“We didn’t have any preconceived ideas of what the songs had to sound like,” he says. “Maybe it’s our downfall, but we’ve never really had a pinpointed sound. It’s good to have that mindset.”

In the end, the process included both triumphs and frustrations for Stop Light Observations, who will play the second night of the Shoeless Jam arts & music festival in the Village of West Greenville on Saturday.

“The hardest part was doing it live,” Duffie says. “We had to get used to the concept of everyone doing it perfectly and not overdubbing. It presented some good times and some tense times. It was a test, and everyone felt the pressure, and I learned that everyone could step up to the plate when the time came.” 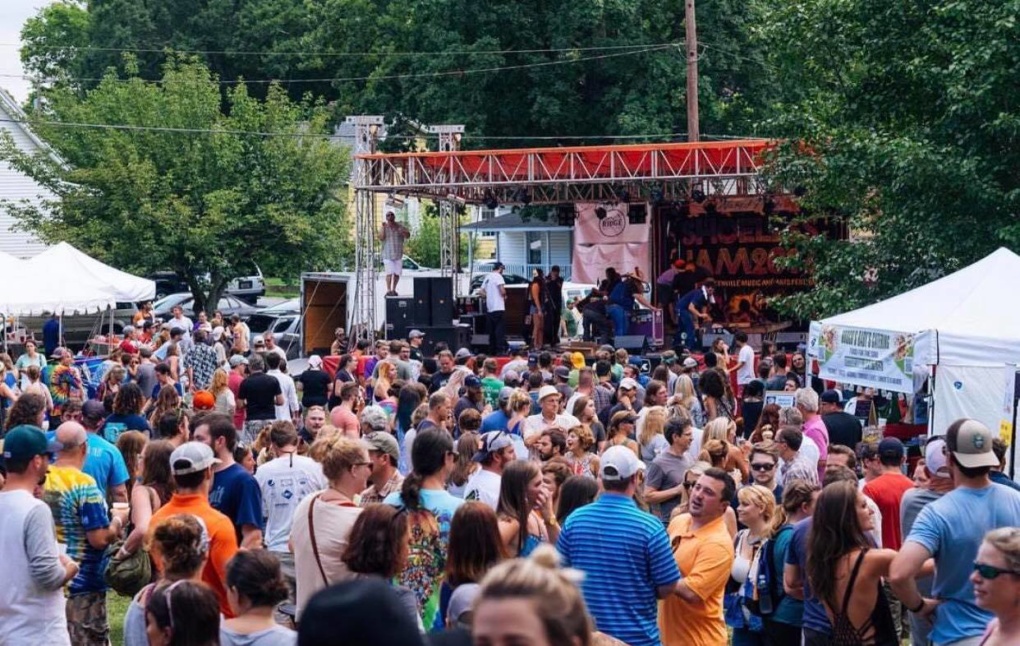 When event organizer Katie Hughes arranged last year’s inaugural Shoeless Jam, a two-day music and arts festival in the Village of West Greenville, she and event sponsor Kenny Ridgell (of the digital media firm Ridge Media LLC) were expecting around 1,000 people. The festival, which featured nine different musical acts, 17 artisan vendors, and 10 food and beverage trucks, drew a crowd of more than 3,500.

“We learned that Greenville is really hungry for events like this,” Hughes says. “They want to support local music at events like Fall for Greenville and Artisphere; we’re just adding to it. But Shoeless Jam has a different feel, because it’s on private property in the arts district with houses in the background. I feel like you’re in a backyard, like it’s kind of a micro-festival.”

This year’s edition of Shoeless Jam, which features Ridge Media as the presenting sponsor, will have eight bands, 20 arts and crafts vendors, food trucks, and craft beer provided by Quest Brewing. Other entertainment will include high-flying performances by the MAYA Movement Arts Aerialists and the Cirque Spin Tribe, who work with hula hoops and glowing props.

“We make it a performance-based, arts-based, and local food-based festival,” Hughes says. “And it’s a celebration that reflects the funkiness and eclectic nature of what he already have in the Village; this is just an extension of that.”

And there’s one more thing that Hughes and Ridge learned at last year’s edition of the Shoeless Jam, which motivated them to donate part of the festival admission proceeds to Greenville County Animal Care.

“We learned that people love their dogs,” Ridge says. “We’re the only large festival that allows dogs to come, because we’re on private property.” 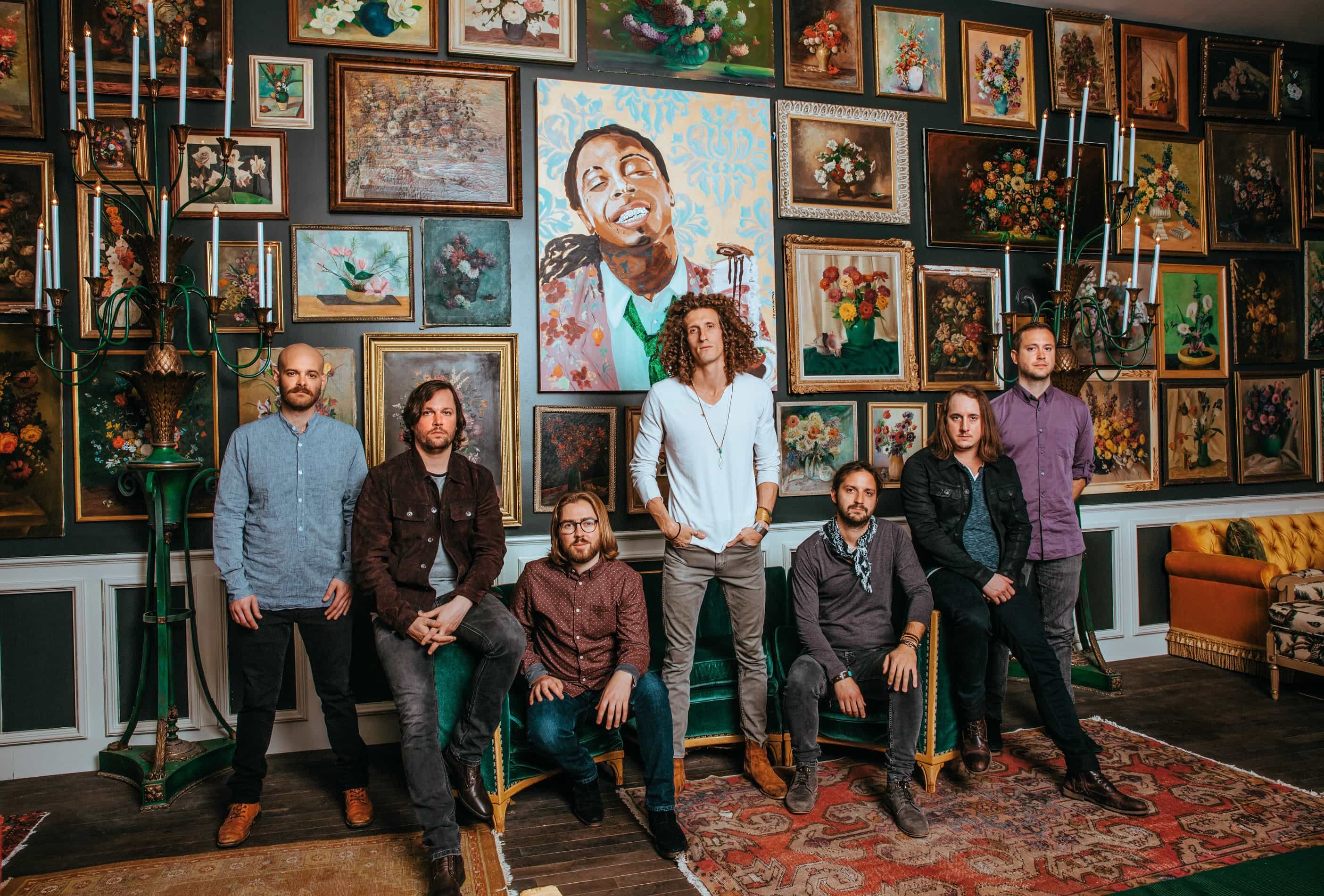 The Revivalists want you to boogie at the Greenville Zoo 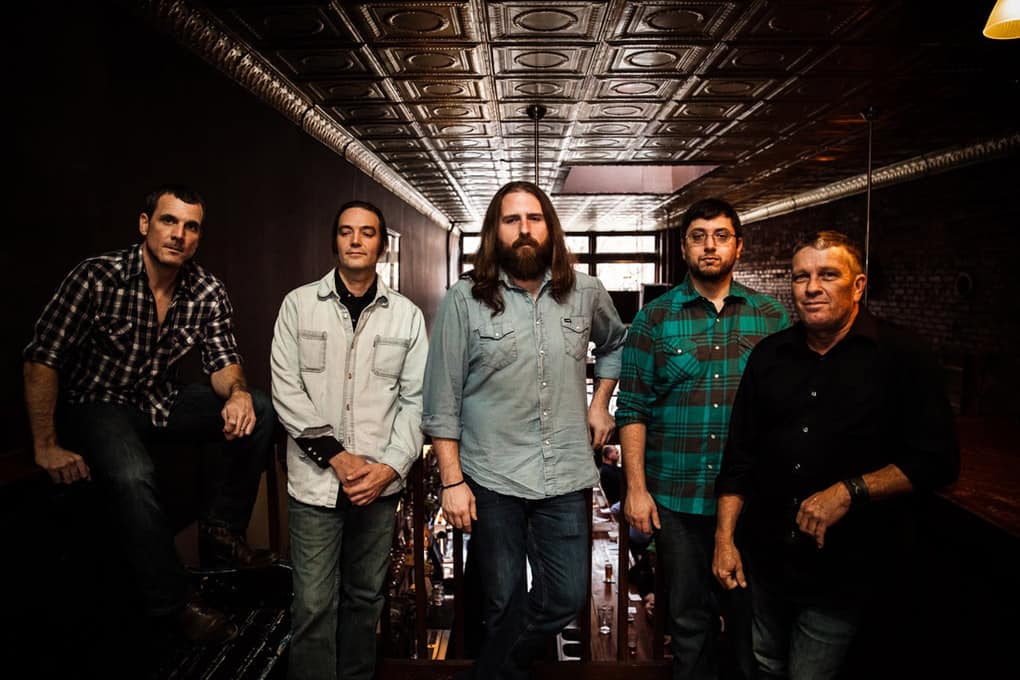