On the surface, “Boss Moves,” the new single by Upstate rapper Al Harris, sounds like a typical, state-of-the-art hip-hop tune, with some tongue-tripping verses from Harris and a catchy chorus with an auto-tuned vocal lamenting how “the work of a hustla is never done.”

But if you listen closely, you’ll hear something a lot deeper, and more positive, than the typical rap scenario. There are no curse words, derogatory terms or tales of drugs and crime on “Boss Moves,” and in the second verse, Harris gives us a vital clue to his real intentions.

“I live by The Word,” Harris raps over an icy piano line and electronic beats. “It’s been proven and effective.”

Al Harris isn’t bragging about a gangsta life in “Boss Moves”; he’s espousing the value of hard work, driven by his faith in God.

“When we look at materialistic things, we can let them rule our lives,” Harris says. “With ‘Boss Moves,’ I’m trying to paint the picture that you can have these things and still love God. You don’t have to allow these things to be your God. You have to be in a good, comfortable mental space in order to attain these things and deal with what comes with them, and the only way you could do that is with God.”

Thanks to that positive message, a sleek music video and a promotional push from Harris’ label, The Elephnt Group, “Boss Moves” has rocketed up the Billboard charts, hitting No. 7 on the Christian Digital Song Sales Chart and No. 42 on the Hot Christian Songs Chart, a virtually unheard-of feat for an independent artist.

“I’ve seen guys hit the Billboard charts and then after that, nothing,” he says. “I’m just scratching the surface. I’ve still got work to do.”

Harris has been writing songs since he was 13 years old, but at first, he stuck to the “drugs, guns and crime” themes that he learned from rappers he idolized and the world around him.

“My music reflected my surroundings and how I lived at that time,” he says. “And it was a lot of poverty, a lot of violence, a lot of drugs and a lot of explicit language.”

By the time Harris was 22 years old, music had taken a backseat in his increasingly chaotic life.

“I was on crack cocaine,” he says. “I was strung out on the street. I was homeless. I used to pull pistols on people. It was about getting money, getting high and partying.”

“My music reflected my surroundings and how I lived at that time,” he says. “And it was a lot of poverty, a lot of violence, a lot of drugs and a lot of explicit language.”

That life led Harris to a predictable end: prison. But in the 5 ½ years he was behind bars, Harris became a dedicated Christian.

When he was released from prison, Harris was a man on a mission.

“As soon as I got out, I hit the studio,” he says. “I began getting booked for shows and at churches and speaking to the youth, which I still do now. I signed with The Elephnt Group, put my single out and here we are.”

Harris says that he’s built a strong bond with the people at his label, and he credits their comprehensive approach for helping him get noticed.

“It’s called ‘group’ for a reason,” he says. “They don’t just focus on recording an artist; they deal with booking, promoting, video shoots, all of it. I wouldn’t be where I am if it wasn’t for them. It’s far beyond a label; it’s a family.”

Harris says he has no intention of slowing down now that his single is heading up the charts. In fact, he echoes the message of “Boss Moves” when he talks about his approach to his music career.

“I’ve seen guys hit the Billboard charts and then after that, nothing,” he says. “I’m just scratching the surface. I’ve still got work to do. I’m still writing songs, still recording, still shooting videos, still trying to be creative in my own way.  Keep going, keep climbing: That’s what ‘Boss Moves’ is about.” 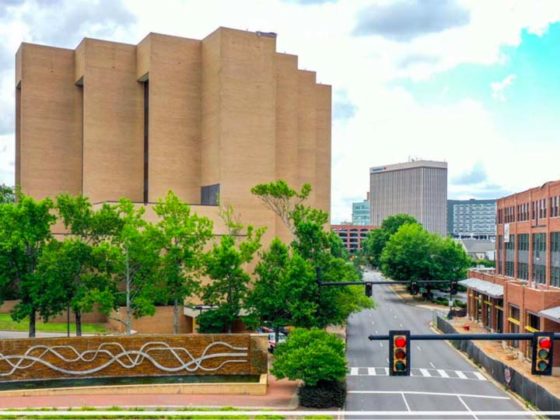