COVID-19 has given new meaning to the Greenville Chorale’s upcoming 2020-21 season of performances.

Suddenly, works of faith by Brahms, Handel and Bach seem to represent an expression of consolation and celebration for a post-COVID world.

“The season has definitely taken on a different tone, given our current situation,” said Bingham Vick, the Chorale’s longtime artistic director and conductor.

“It will be a season of positive and life-affirming music,” he said.

It’s also a milestone year for the Chorale, its 60th anniversary.

The 155-voice group will look fondly back on its past in its upcoming season, featuring masterworks long associated with the Chorale, including Handel’s “Messiah.”

It might even be considered a “Greatest Hits” season.

“It’s designed to celebrate what the Chorale has done and will continue to do in the future,” Vick said.

The opening concert in October, a collaboration with the Greenville Symphony, spotlights the first work the Chorale ever performed: Brahms’ “A German Requiem,” written between 1865 and 1868.

“The Requiem was composed not only as a prayer for the departed but as an affirmation of faith and comfort for those who survive,” Vick said.

“In light of the pandemic which has brought such suffering to our country, the work will serve as a memorial for the victims of the coronavirus and the families that have been impacted,” he said.

Also featured during that concert at the Peace Center are two shorter pieces by Dan Forrest, the Greenville-based composer whose soaring works have garnered international acclaim.

Both of the pieces by Forrest — “St. Patrick’s Prayer” and the Gloria from “Lux: The Dawn From On High” — were commissioned in the past dozen years for the Greenville Chorale.

The Christmas season, meanwhile, will herald the return of Handel’s “Messiah” (Parts I and II), perhaps the most popular choral work of all time. The Chorale performed the English-language oratorio as recently as 2018 before a sold-out audience in Furman’s McAlister Auditorium. The Chorale’s smaller Herring Chamber Ensemble offered Part III of “Messiah” just this past February.

For its Winter Concert at Furman’s Daniel Chapel in February 2021, the Chamber Ensemble will take on Bach’s towering Mass in B Minor, dating from 1749, the year before the composer’s death. With 24 voices in the Chamber Ensemble and a small orchestra, the work will be performed as Bach envisioned.

Ted Libbey, former New York Times music critic, has said the Mass in B Minor “stands as lofty in design, scope and expression as anything written by the hand of man.”

The Chorale’s season concludes in April 2021 at First Baptist Greenville with highlights from some of the Chorale’s past concerts, including pieces by composers such as Bernstein, Rachmaninoff, Randall Thompson, Vaughan Williams, Morten Lauridsen and Moses Hogan.

In addition, the Chorale will offer its annual Patriotic Concert with the Furman Lakeside Band in June 2021.

Due to the COVID-19 pandemic, the Chorale had to cancel two concerts this year — its much-anticipated performance of Beethoven’s Ninth Symphony with the Greenville Symphony and the annual Patriotic Concert at Furman — but the group plans to come back strong for the 2020-21 season.

Vick came to Furman in 1970 and also conducted the choir at Westminster Presbyterian. In 1980, he took over the reins of the Chorale.

“It’s gone by in a hurry,” Vick said of his years with the group. “When you become a part of something like the Chorale, especially as a youngster, you don’t think that far down the road. All of a sudden, it has been 40 years, but it’s been a great experience.”

Oct. 23: Brahms’ “A German Requiem” and two works by Dan Forrest; a collaboration with the Greenville Symphony at the Peace Center.

April 25: “Music from Concerts of the Last 60 Years” at First Baptist Church Greenville.

Tickets: Available through the Peace Center: www.peacecenter.org or 864-467-3000 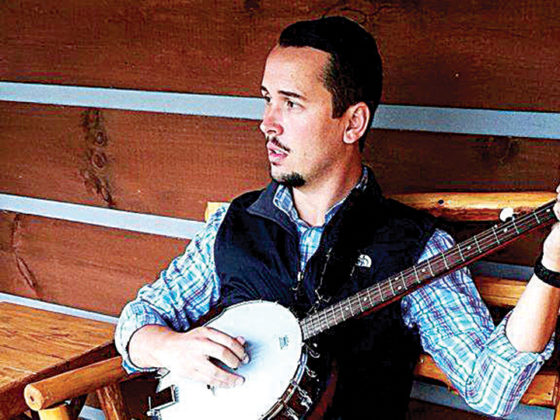 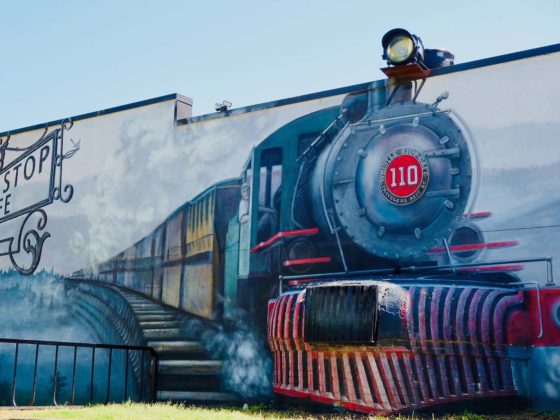 Art in Focus: Mural at the Whistle Stop at the American Cafe